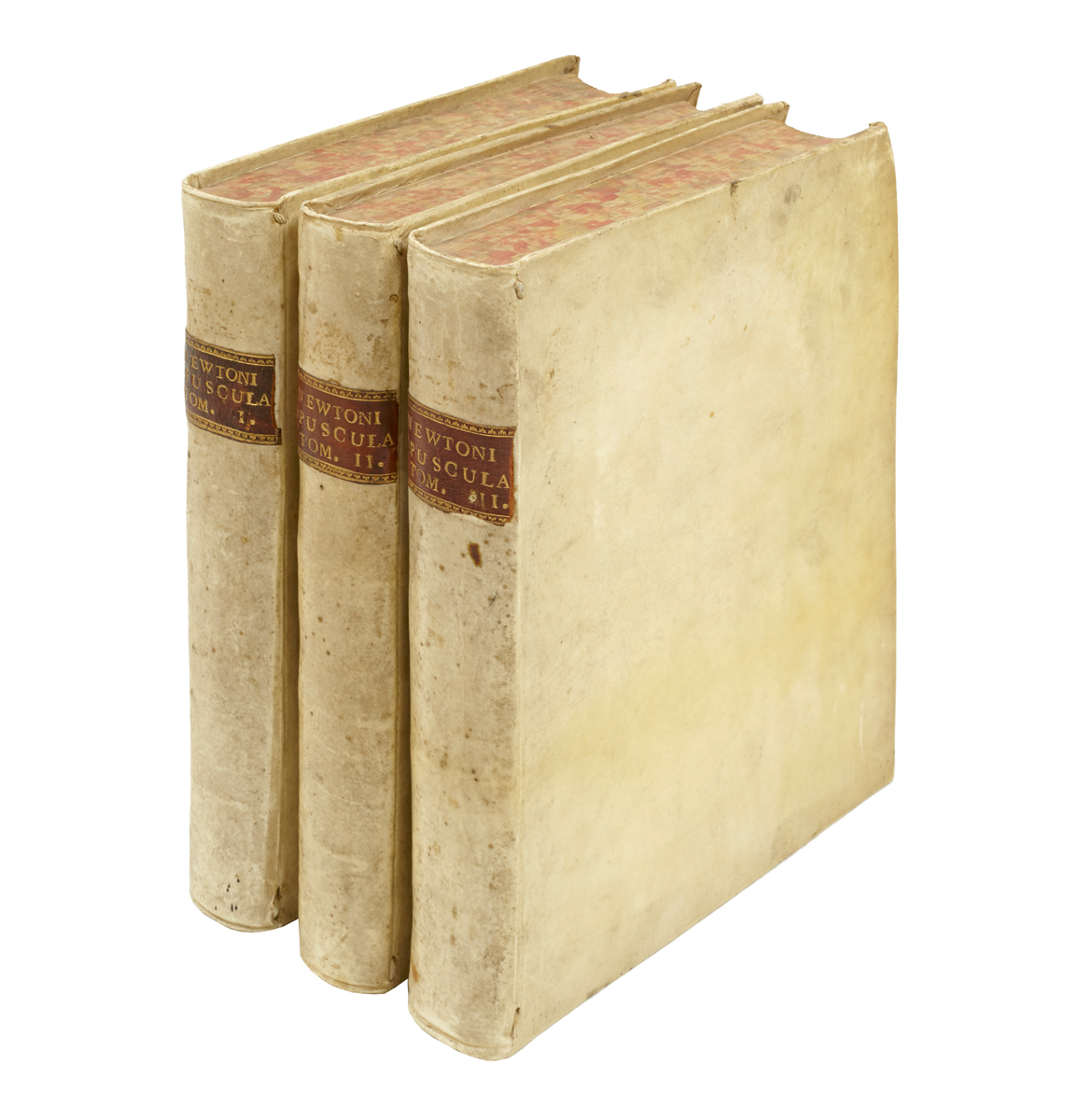 First edition of Newton’s collected works edited and introduced by the Pisa alumnus Giovanni Salvemini da Castiglione. The edition contained twenty-six works which, while having appeared previously, were not easily accessible, from Newton’s mathematical works and optical lectures, which were greatly influential and laid the foundations of modern science, to his philological essays on history and theology. It thus became a major tool in the dissemination of Newton’s science and a major publication in the history of science.