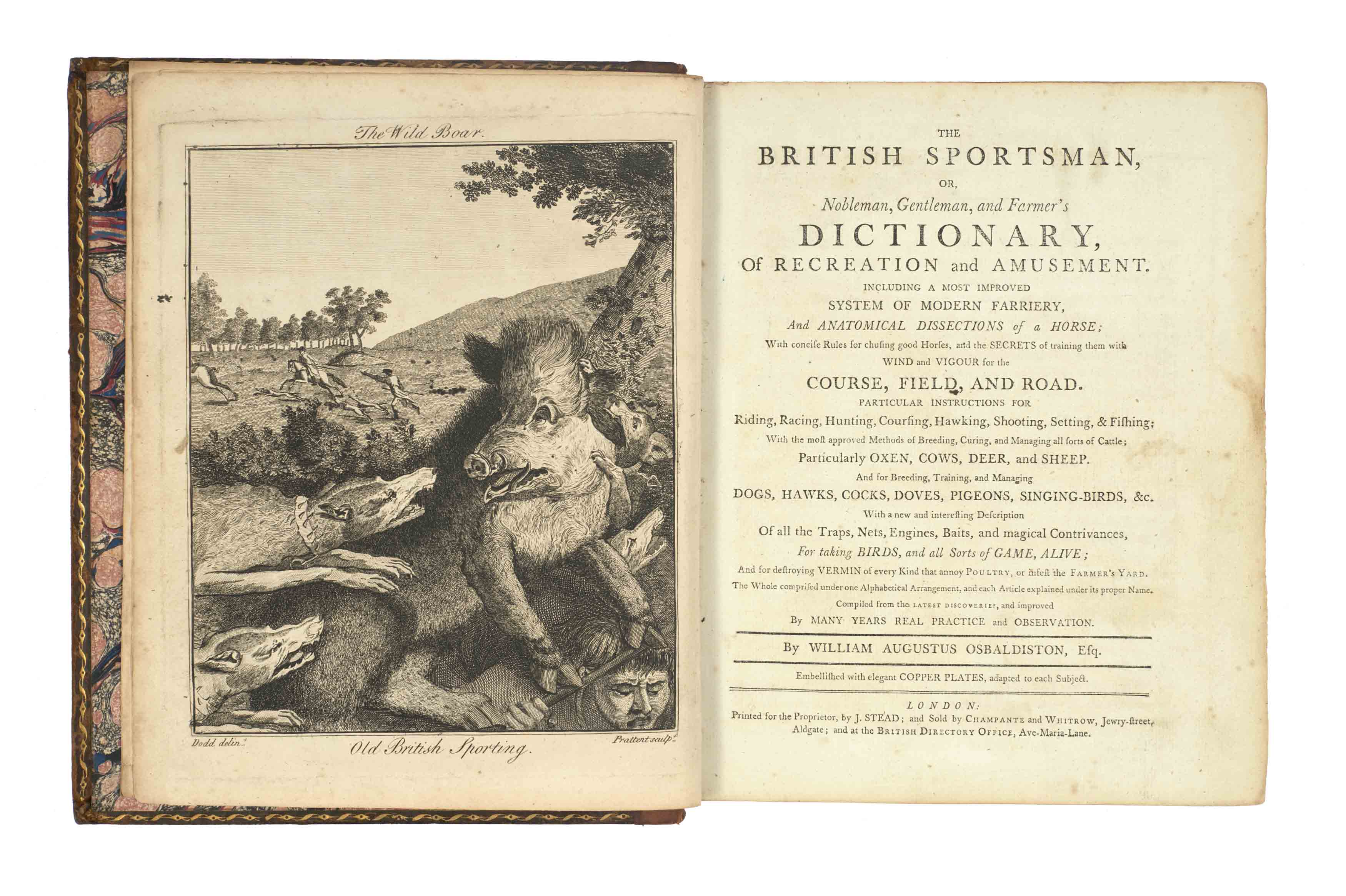 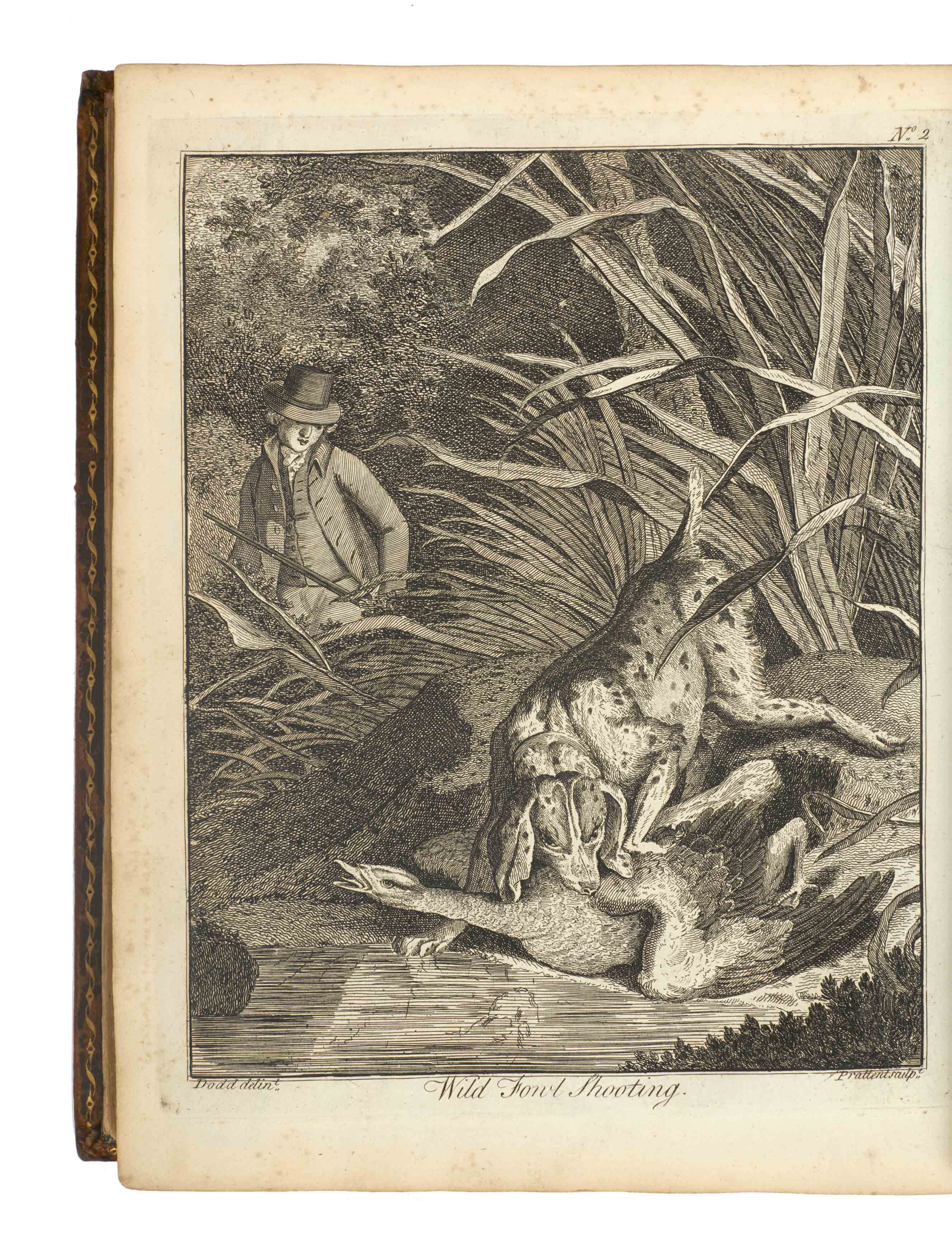 Added to your basket:
The British Sportsman, or Nobleman, Gentleman, and Farmer’s Dictionary of Recreation and Amusement, including a most improved System of modern Farriery, and anatomical Dissections of a Horse, with concise Rules for Chusing good Horses, and the Secrets of Training them with Wind and Vigour for the Course, Field, and Road, particular Instructions for Riding, Racing, Hunting, Coursing, Hawking, Shooting, Setting, & Fishing, with the most approved Methods of Breeding, Curing, and Managing all Sorts of Cattle, particularly Oxen, Cows, Deer, and Sheep, and for Breeding, Training, and Managing Dogs, Hawks, Cocks, Doves, Pigeons, Singing-Birds, &c., with a new and interesting Description of all the Traps, Nets, Engines, Baits, and magical Contrivances for Taking Birds, and all Sorts of Game, alive, and for Destroying Vermin of every Kind that annoy Poultry, or infest the Farmer’s Yard, the whole comprised under one alphabetical Arrangement, and each Article explained under its proper Name, compiled from the latest Discoveries, and improved by many Years real Practice and Observation … embellished with elegant Copper Plates, adapted to each Subject.

First edition, issued in forty-two parts, of one of the first sporting dictionaries. ‘The pleasure and convenience of being well informed in the Recreations and Amusements of a Country Life, are objects of themselves sufficiently interesting, to justify the Author in presenting this Work to the Public. But when we add to such a situation, the advantage of being master, not only of the tricks and artifices played off upon the turf, and guarded against this growing species of fashionable fraud; but instructed likewise in the art of breeding, training, managing, and curing the various diseases of that noble and generous animal the Horse, as well as of Cattle in general, it is presumed this Treatise will be found of the utmost importance to Country Gentlemen. […] The intention of this Work is therefore to blend information with amusement, and profit with sport.’

The present copy is notable for the manuscript notes added by an early owner, providing recipes from veterinary remedies to catching rats and waterproofing boots.