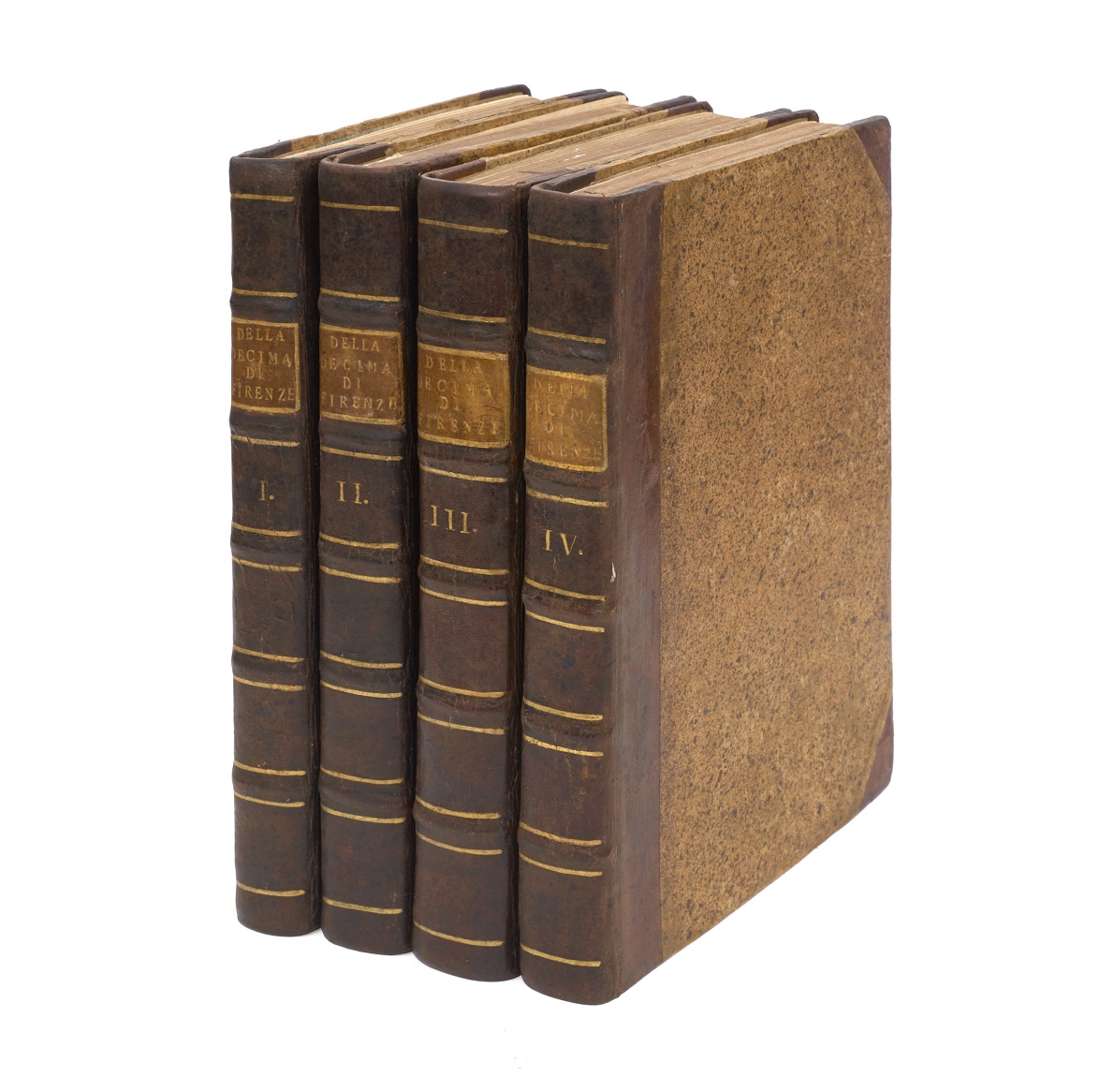 First edition, scarce on the market, of a highly important work in the history of economics and world trade. Pagnini (1714-89) worked in the financial department of the Tuscan government and published translations of several of Locke’s works. The Della decima is his most important work, giving ‘a history of that tax [tithes] and the trade of the ancient Florentines, with a digression on the value of gold and silver, and on the rate of prices of commodities in the 14th and 15th centuries compared with those of the 18th century. This work is still of use in the study of prices’ (Palgrave III, p. 53).

To give his readers a better understanding of medieval trade, Pagnini published here for the first time the Practica della mercatura of the 14th-century Florentine merchant Francesco Balducci Pegolotti, taken from a manuscript in the Biblioteca Riccardiana in Florence. The Practica ‘describes some of the chief trade routes of the 14th century, and many of the principal markets then known to Italian merchants; the imports and exports of various important commercial regions; the business customs prevalent in each of those regions, and the comparative value of the leading moneys, weights and measures’ (Encyclopaedia Britannica). The trade routes described by Pegolotti include that from Azov to Peking and from the Sicilian coast to Tabriz. His work also encompasses Black Sea ports, 14th-century methods of packing goods and of assaying gold and silver, the city of London, and English and Scottish monasteries rich in wool. The Della decima further includes the first printing of Giovanni da Uzzano’s 15th-century merchant’s manual which covers not only commerce but also navigation. 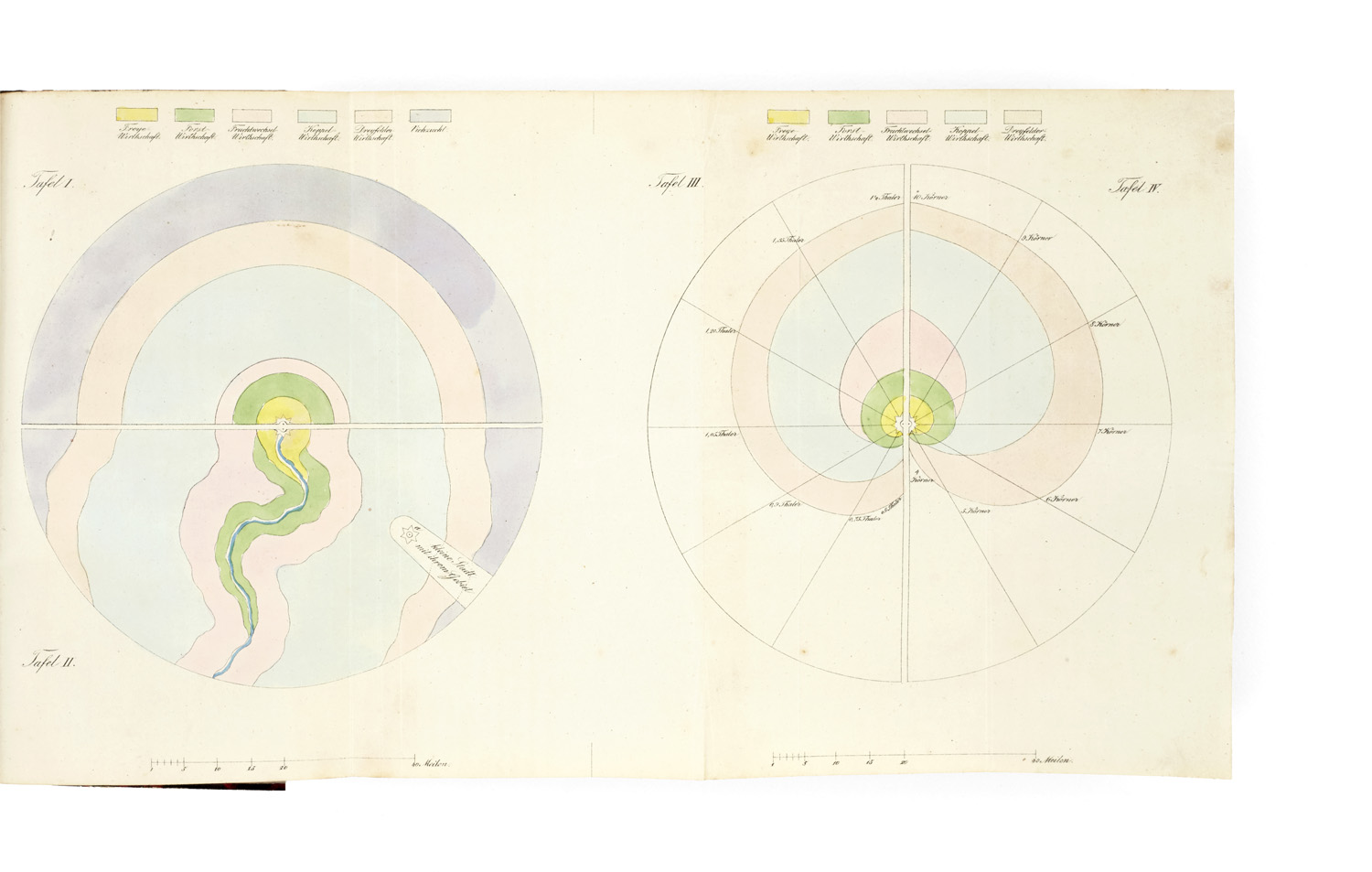 Scarce second edition of the first part, revised and enlarged, being the repository of Thünen’s major theories, and the edition used by Roscher in his Geschichte der National-Oekonomik, here bound with the first edition of part II/1, the last to be published during the author’s lifetime; he died in 1850; all four parts would only be first published together in 1875.

First and only edition of Walras’ second published book on economics and an important early testimonial to his profound admiration for, and intellectual identification with, his father. In the lengthy preface, he reviews the ideas contained in the works of Auguste Walras, including the concept of ‘rarety’ which was to influence Walras’ formulation of marginal utility, and then relates this intellectual patrimony to his own essay on taxation which follows a discussion of the international congress on taxation in Lausanne in 1860.