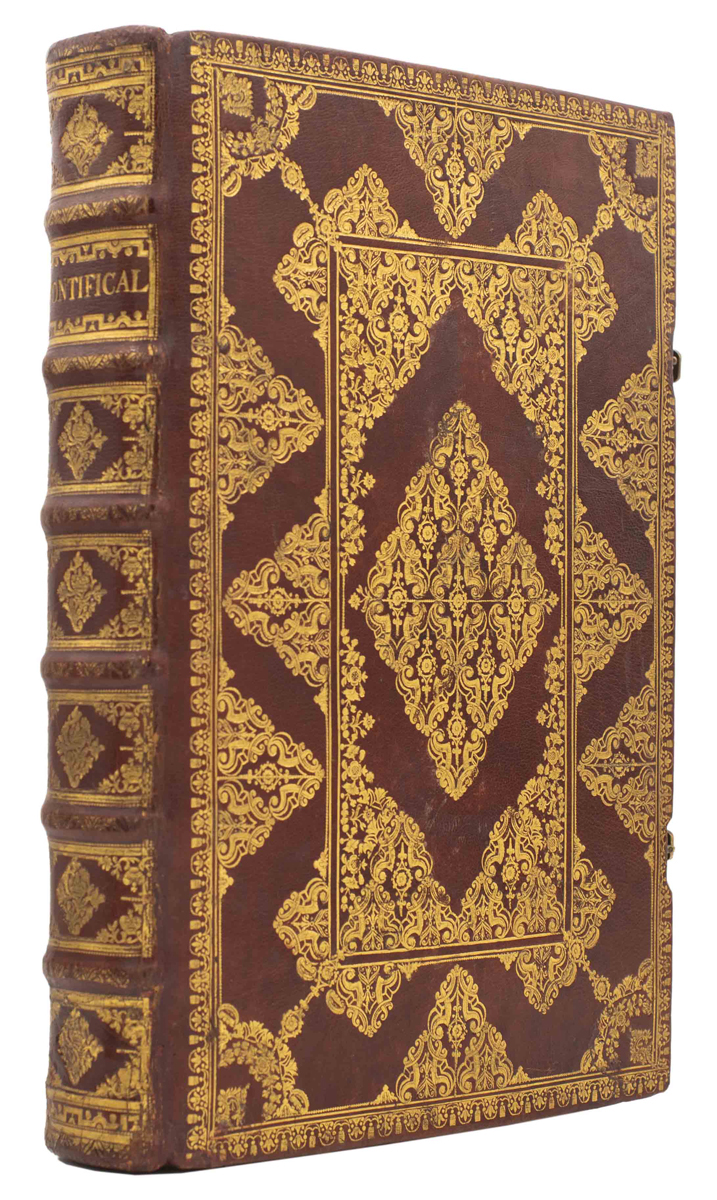 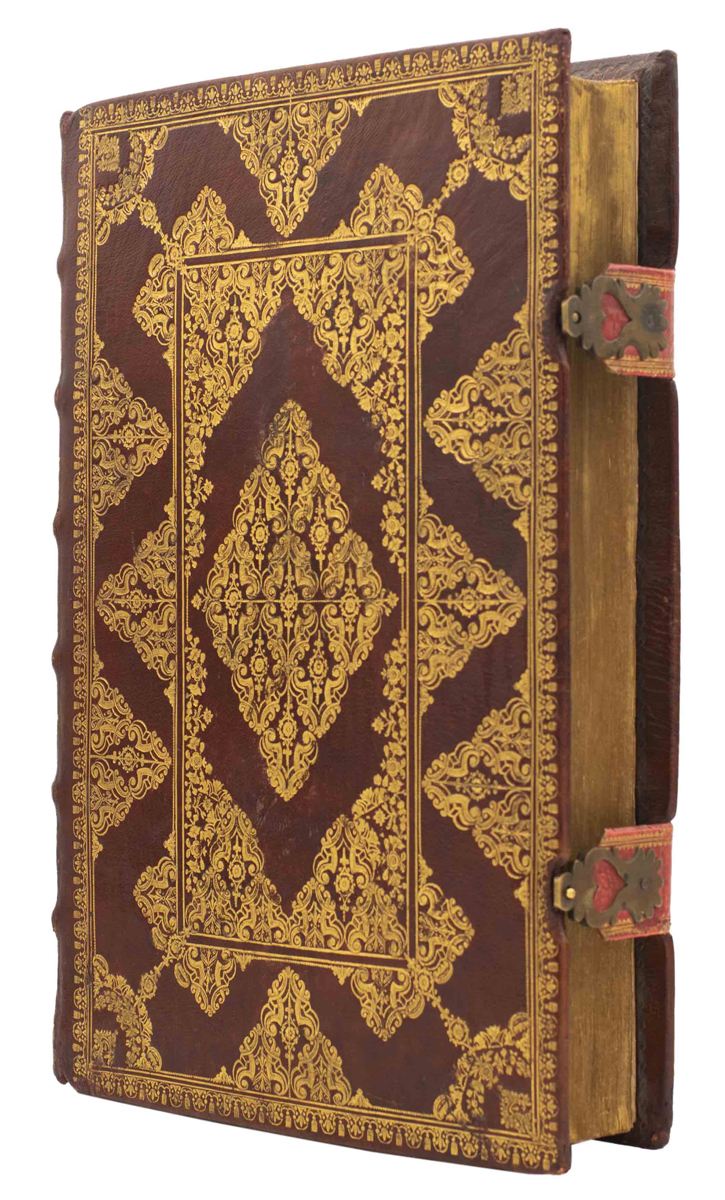 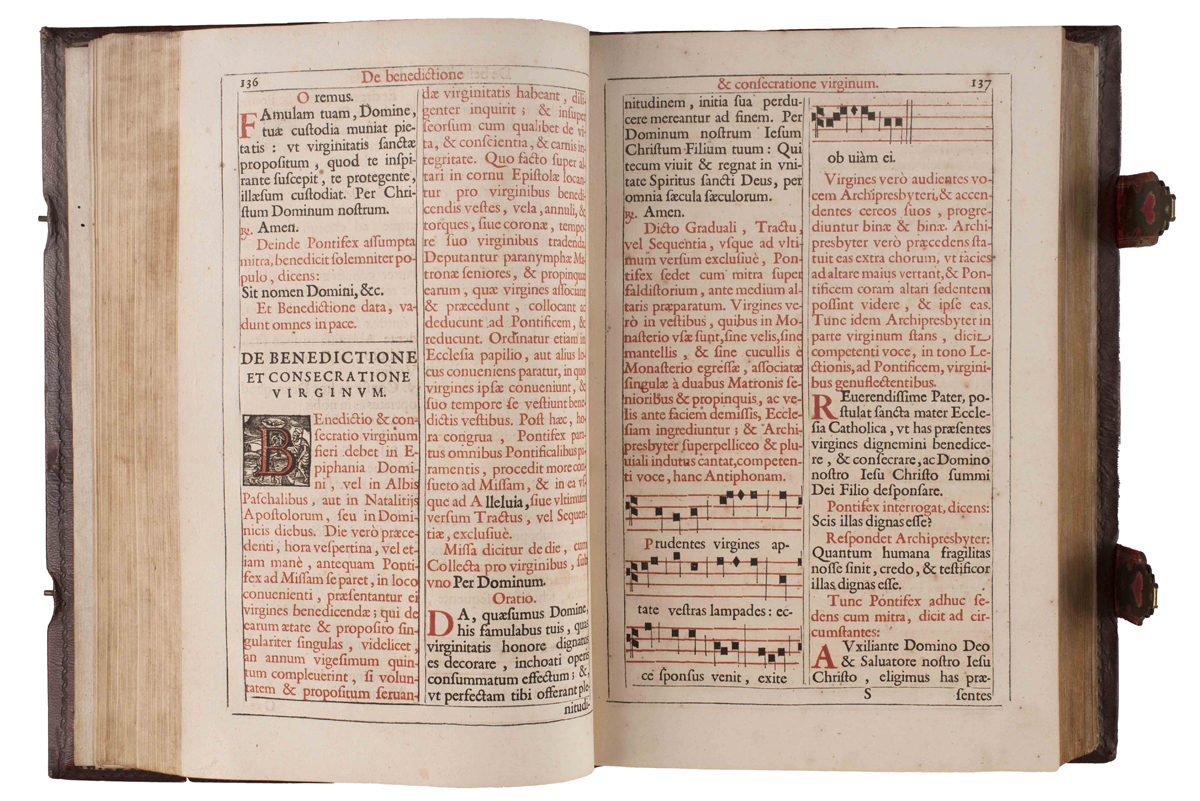 We would suggest that the striking binding was likely executed in northern Germany in the late seventeenth or early eighteenth century. This would be supported by an early Duisburg provenance – ‘Bibliothecae Duysburgensis’ may be Duisburg University, founded in 1655 and disbanded in 1818, although this volume has not been identified in the printed catalogue of the University of 1685 nor in the manuscript catalogues of 1717 or 1795-99.

The work is accompanied by printed music and by an unusually varied series of woodcut initials, illustrating (inter alia) David at prayer, the Annunciation, the Magi following the star and the Adoration, St Christopher carrying the Christchild, the Baptism of Christ, the Supper at Emmaus, the Crucifixion and several Stations of the Cross, the Turin Shroud, the Resurrected Christ and Christ in Majesty, Christ greeting Mary Magdalen, the Assumption, St John the Evangelist, St Francis receiving the Stigmata, St Jerome, prayer scenes, and several martyrdoms of both male and female saints.

Curiously, an early reader has corrected the text in several places, in most instances altering the text for singular (rather than plural) use.

BOUND FOR THE ARCHBISHOP OF LYONS [PONTIFICAL.]

A handsome Giunta pontifical with episcopal provenance, printed in red and black with extensive woodcut illustration and splendidly preserved in a striking and strictly contemporary painted and tooled binding for the archbishop of Lyons, Antoine d’Albon.