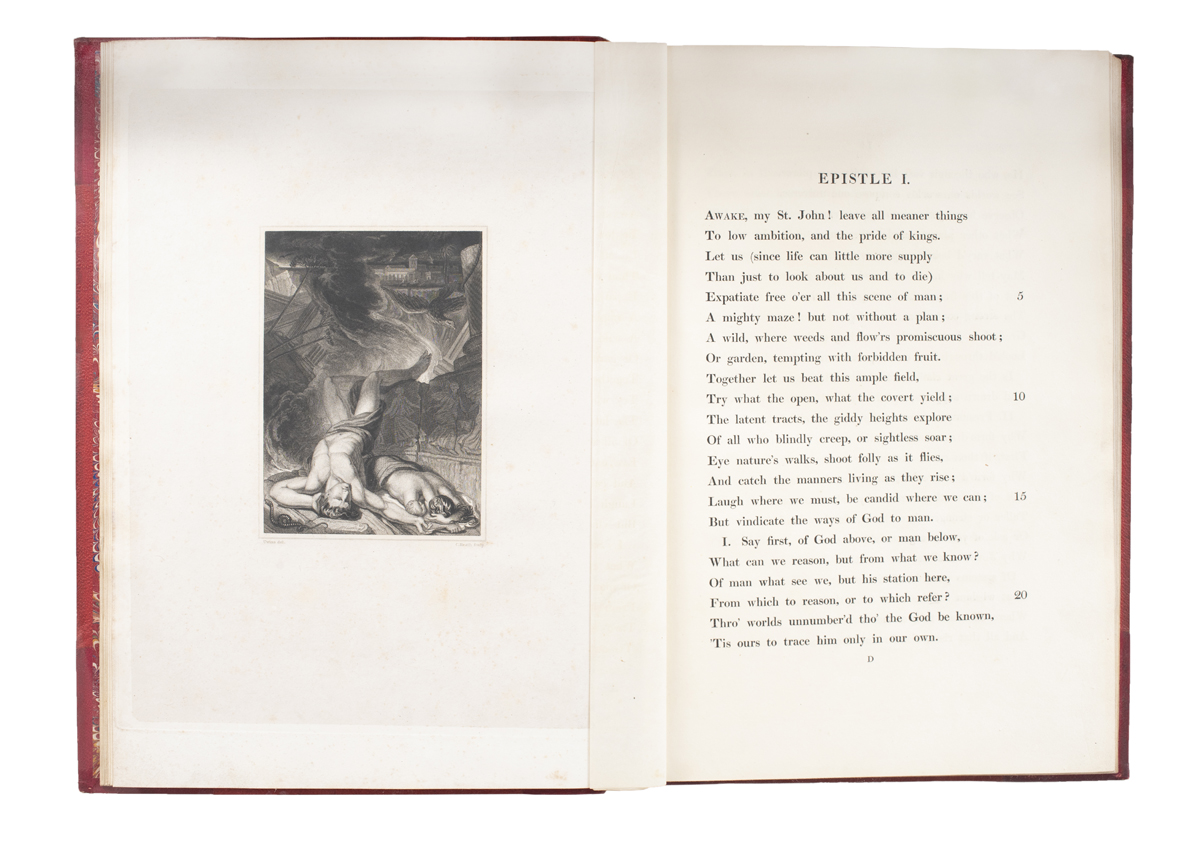 Large folio, pp. 77, [1], with an engraved frontispiece (by Robinson after Jervas) and four plates (by Heath etc, after Uwins); with half-title; all proofs before letters on india paper; the text printed on thick Whatman paper watermarked 1818; small loss to upper outer corner of half-title, withal a very good copy; in early half red hard-grained morocco with red pebble-grained cloth sides, spine gilt in compartments and lettered directly in gilt; somewhat rubbed at extremities.

Added to your basket:
An Essay on Man, in four Epistles to Henry St. John, Lord Bolingbroke …

A very fine edition, one of two hundred copies according to Lowndes.  The four plates in the text were engraved for a forthcoming parallel-text English–Portuguese edition published by Charles Whittington – the prints here being proofs before lettering.  Their inclusion along with ‘the present perfection of the typographic art’ should make ‘a specimen of excellence which will be equally acceptable to the collector, the connoisseur, and the admirer of our philosophical poet’ (Advertisement).

The poem is printed in a handsome large type akin to the two-line great primer of Alexander Wilson & Sons, Glasgow.  The premises of James Moyes was destroyed in 1824 and he started again from scratch as the Temple Printing Office, with types supplied by Wilson. 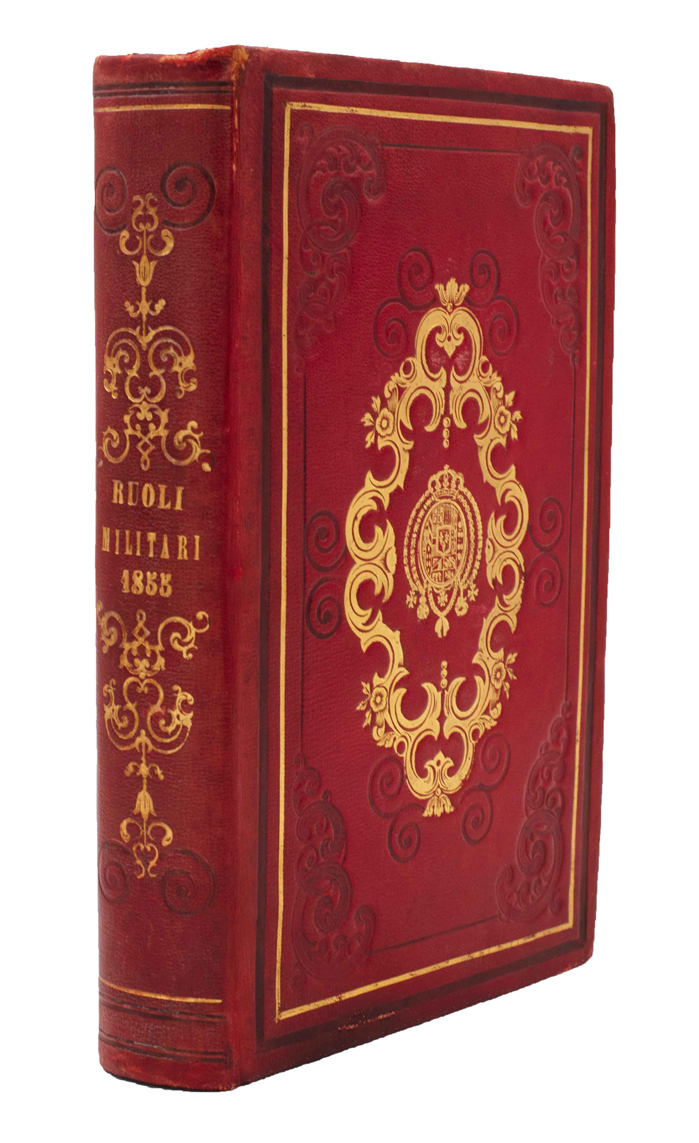 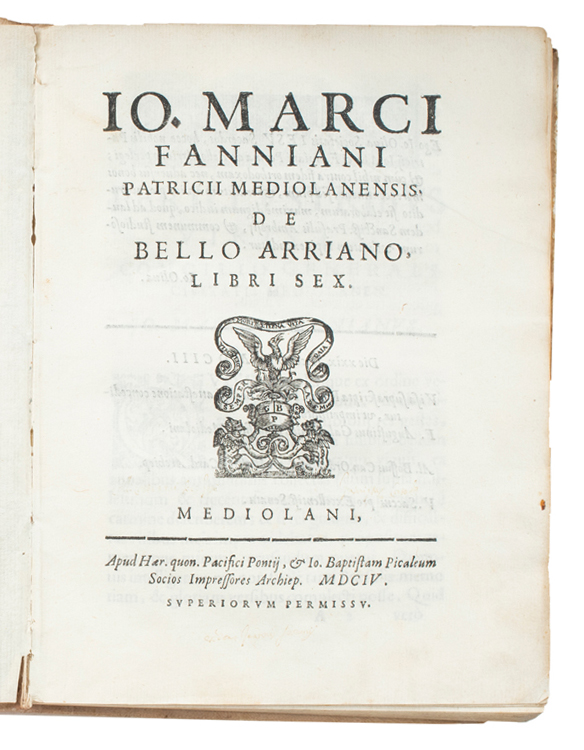