Added to your basket:
Windsor-Forest. To the Right Honourable George Lord Lansdown …

The poem takes its title from the royal forest which surrounded the farming village of Binfield in Berkshire, where Pope lived from the age of eleven – anti-Catholic legislation had forced his family to leave London in 1692. ‘Granted the idealization of the English countryside … the scenery it describes corresponds with remarkable accuracy to features actually present in the landscape’ (Maynard Mack). Pope rescued the earlier, descriptive, section of the poem from his own juvenilia. The conclusion, with its vision of the peace that was hoped for following the Treaty of Utrecht, gives it a political dimension. The oaks of Windsor forest become a symbol of Englishness and, significantly for Pope, of the Stuarts. The prophecy that the trees will ‘rush’ bravely into the seas as new ships for naval conquests is a further endorsement for Queen Anne’s reign. ‘Non injussa cano’ begins the epigraph, ‘not without warrant I sing’ (Virgil, Eclogues, vi.9): Pope’s warrant for the concluding lines in particular was the encouragement of the dedicatee, the Tory statesman and poet, George Granville.

‘Pope was aware that the treaty of Utrecht … was supposed to give Britain increased access to the slave trade. Yet his concluding vision explicitly includes abolition of slavery (ll. 407–12). Among scores of poems on the peace, Windsor-Forest appears to be the only one to mention actual (not metaphorical) slavery and oppose it’ (Oxford DNB). 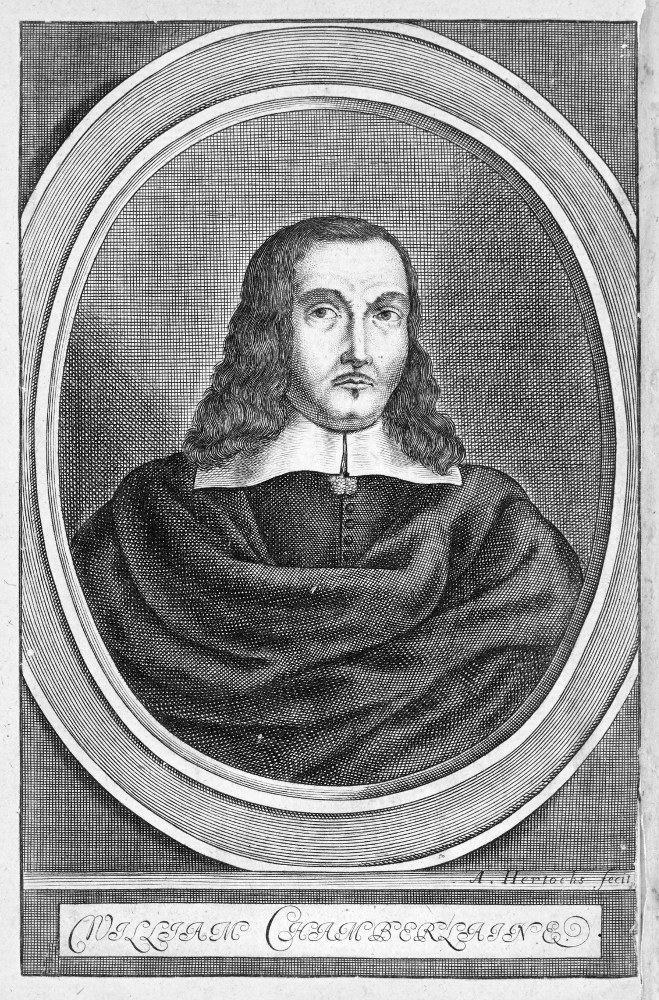 A POET ON THE BATTLEFIELD CHAMBERLAYNE, William.

First edition of the physician-poet William Chamberlayne’s best-known work, a long poem (14,000 lines) in heroic couplets blending Ariosto, Tasso and Greek romances. It deals with the tale of Argalia, a sort of knight errant rescued from the Turks and threatened with execution, and his love for Pharonnida, the king’s daughter; a triangle is provided by the seductive and voluptuous Jhonusa and her overwhelming passion for Argalia.