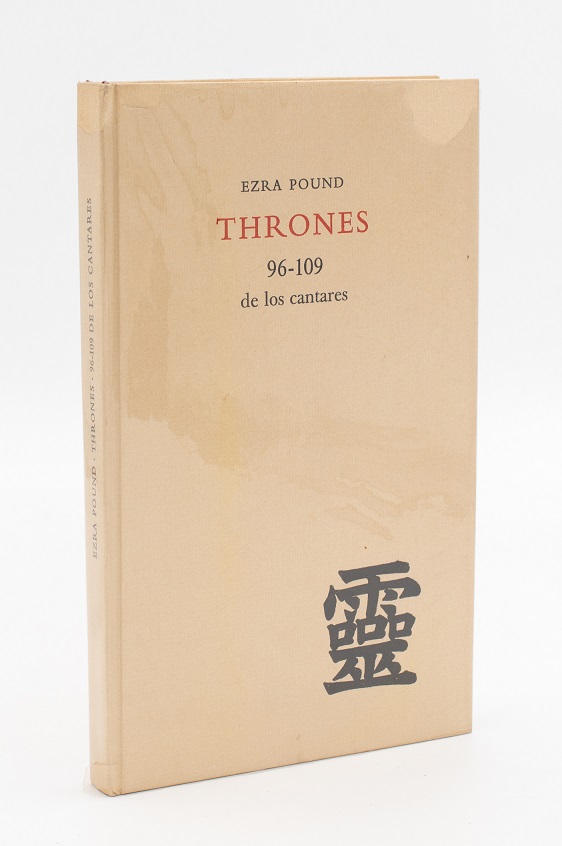 8vo, pp. [6], 126, [4]; title-page in red and black; a fine copy in the publisher’s boards, printed in red and black; melinex dust-jacket, a few chips; bookplate of the BBC radio producer D. G. Bridson; laid in loose is a review of Thrones in the TLS, 10 June 1960, which also mentions the recordings of Pound made by Bridson in 1959.

Pound and D. G. Bridson first crossed paths in the 1930s when Pound included a poem by Bridson in his Active Anthology (1933) – they corresponded at that time but they did not meet until 1951 when Bridson, now a force to reckoned with in BBC radio, came to Washington DC to visit Pound in his detention in St Elizabeth’s. ‘To me, Pound … was the greatest living poet’, Bridson later wrote in Prospero and Ariel. Bridson visited Pound again in 1956 to make some recordings, including ‘Four Steps’, Pound’s famous justification for his support of Mussolini; and then shot a television profile on Pound in Rapallo in 1959, probably acquiring the present copy on that occasion. They continued to meet and talk until 1963 as Pound lapsed slowly in silence. 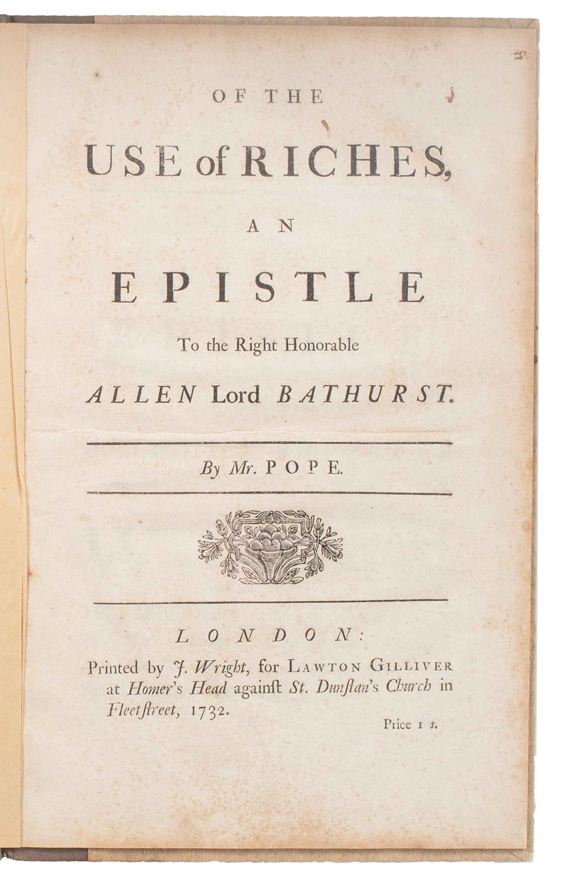