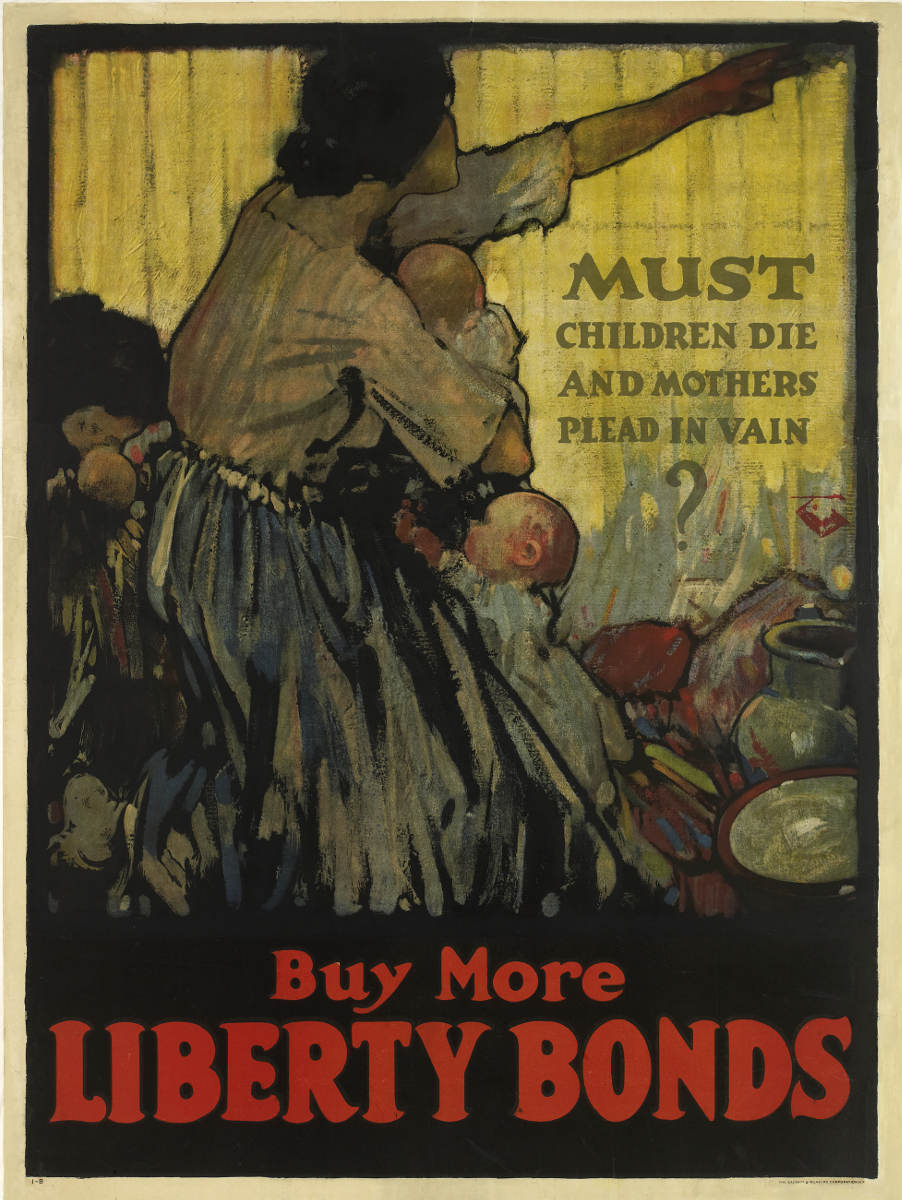 Added to your basket:
Must children die and mothers plead in vain? Buy More Liberty Bonds.

This poster was produced to for the sale of the third or fourth liberty loans in 1918, which saw the printing of 9 and 10 million promotional posters produced, respectively. The large-scale of the effort was seen to reflect a turning point in war advertising. As the US was an immigrant nation, the Federal government was initially hesitant to promote patriotism outright, fearing a backlash, however, the great success enjoyed by war and liberty bond advertising is now seen to be an early abstract sense of patriotism (Aulich, War posters, p. 55)

White slavery in the Barbary States.

Second edition (first 1847) of a lecture on the history of the practice and abolition of white slavery in Algiers, delivered before the Boston mercantile library association on 17 February 1847 by the American legislator and abolitionist Charles Sumner (OCLC).

‘ONE OF THE MOST INVENTIVE PRE-20TH CENTURY AMERICAN ECONOMISTS’ HADLEY, Arthur Twining.

Economics. An account of the relations between private property and public welfare.