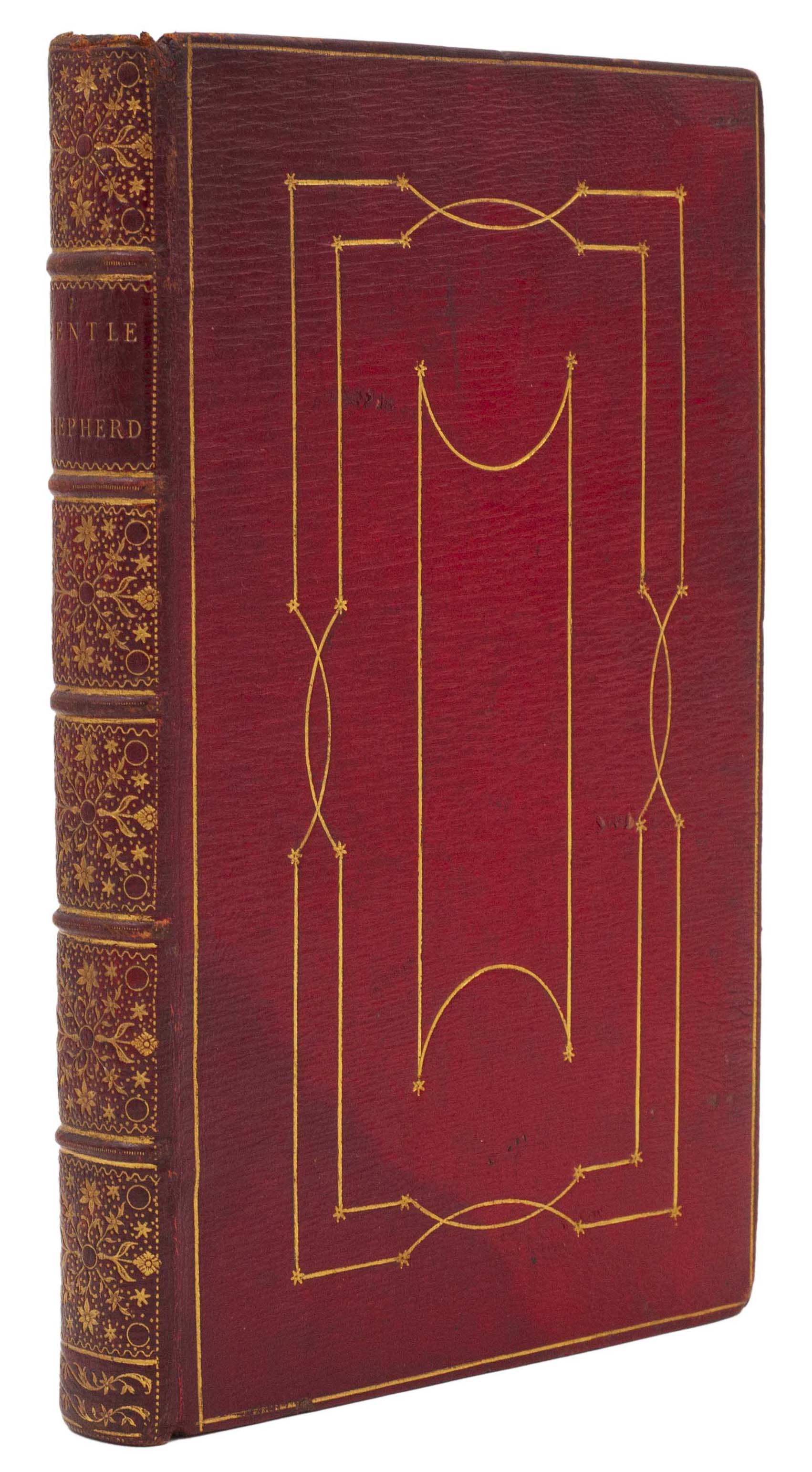 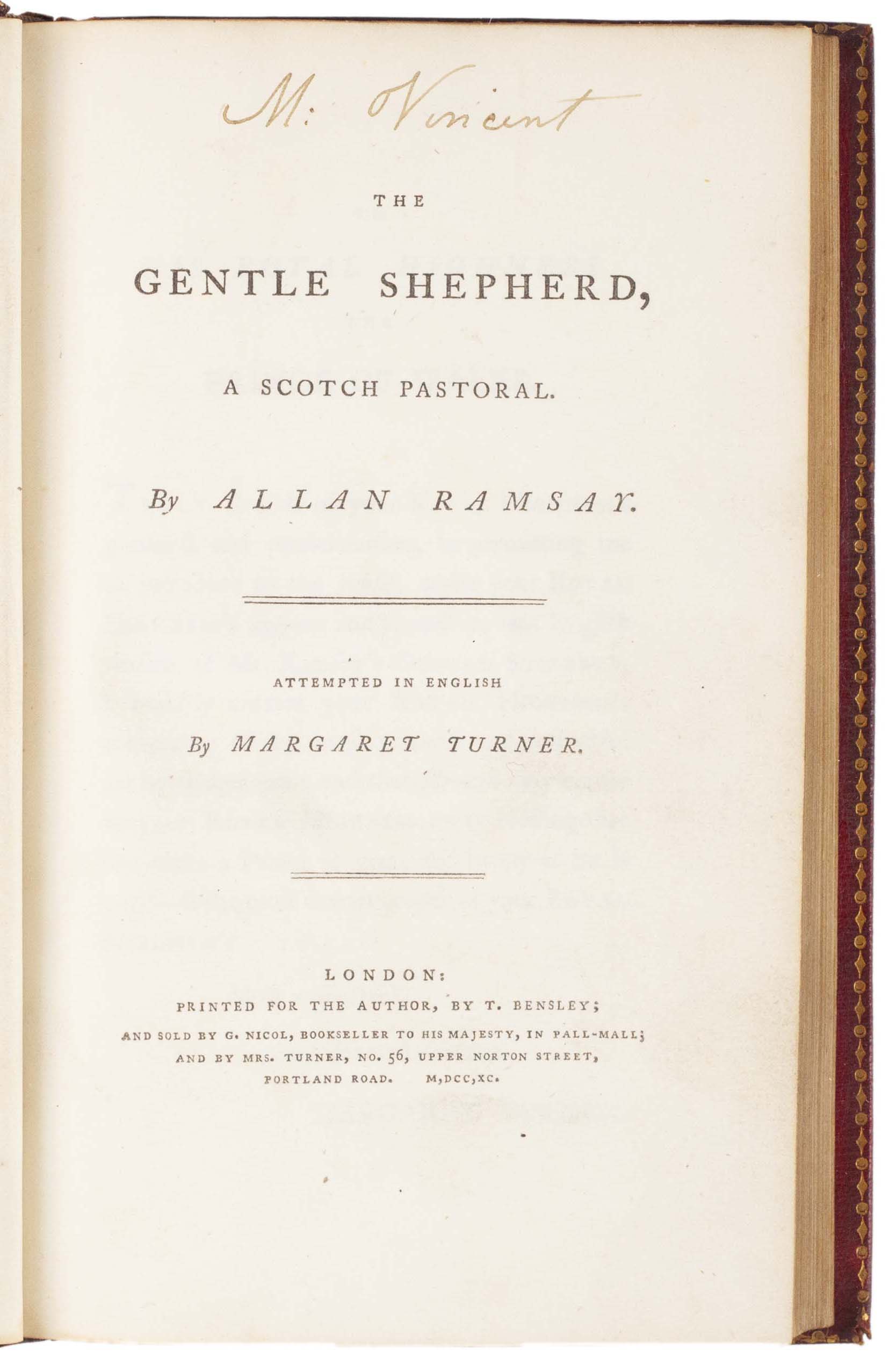 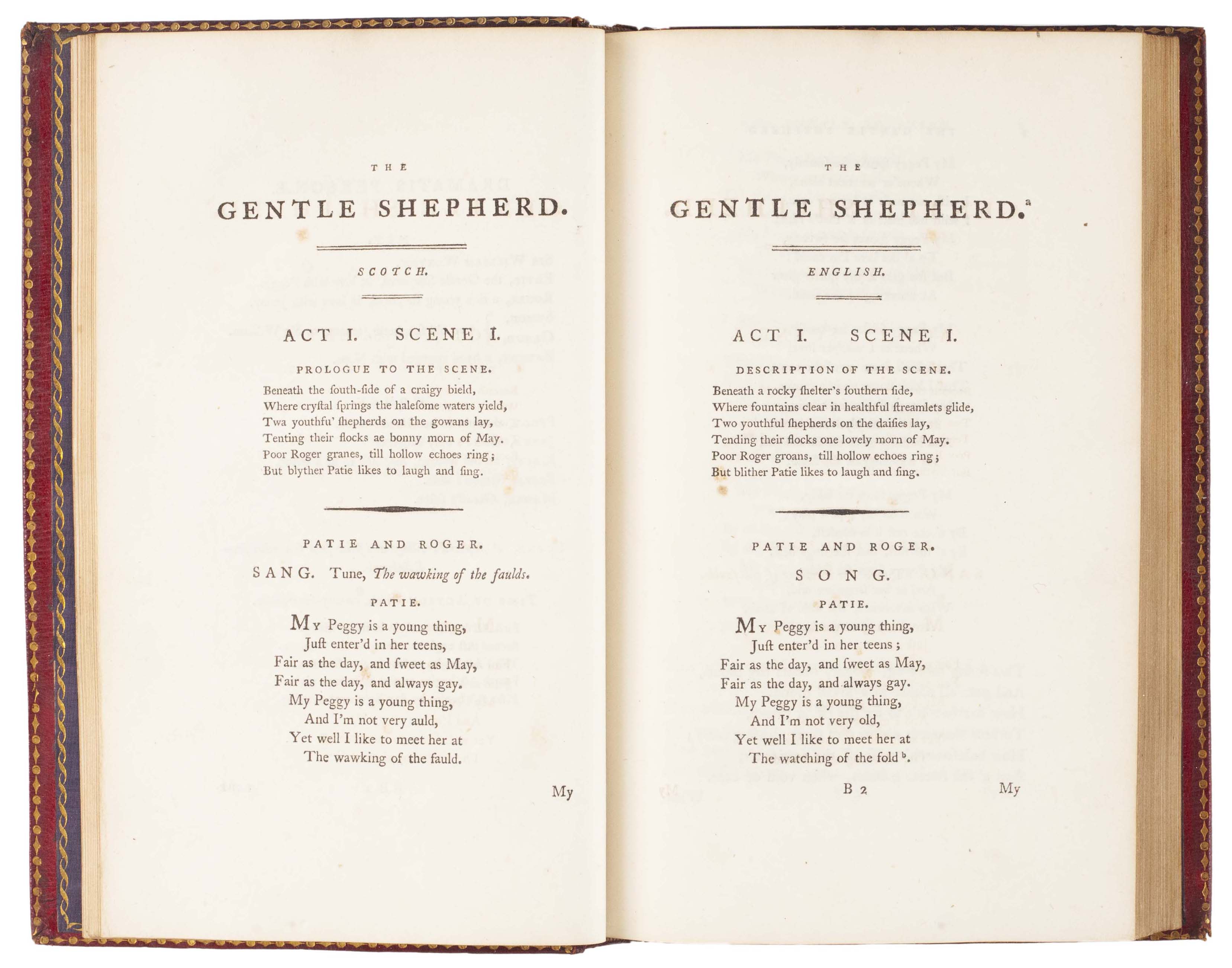 Added to your basket:
The Gentle Shepherd, a Scotch Pastoral … attempted in English by Margaret Turner.

Curiously there had been two earlier ‘translations’ of Ramsay’s drama, in 1777 by Cornelius Vanderstop, and in 1785 by W. Ward. Turner later published a novel Infatuation; or Sketches from Nature (1810).