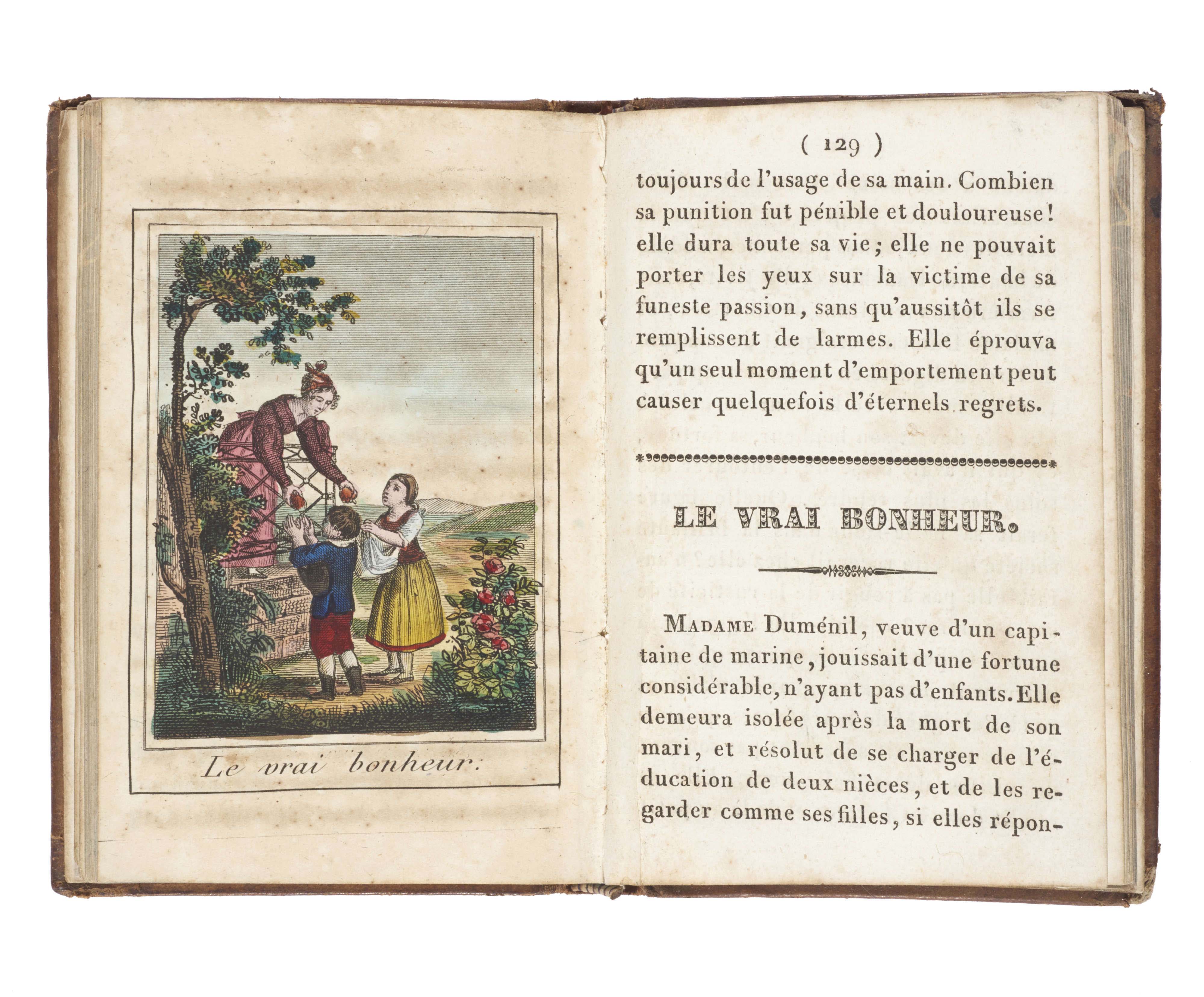 Not in OCLC; the only copies we have traced of the work have 178 pages, and only fourteen of the contes, at the BnF, Bodleian, and the Enoch Pratt Free Library in Baltimore.

Very rare (only one copy traced) cautionary tale against ambition and vengeance, set in the Ottoman world, and penned during the French Revolution.

Very rare commemoration, published anonymously, of the sepulchral monument made by the Franco-Italian sculpter Félicie de Fauveau for her mother, found in the cloister of Santa Maria del Carmine in Florence. De Fauveau (1801–1886), called ‘the new Canova’ by Stendhall after her participation in the Paris Salon in 1827, had lived in Florence since 1834, having exiled herself from France after the Revolution of 1830. There she became widely sought after as a sculptor, and was commissioned by the likes of Nicolas I of Russia; her works include a font at the Palazzo Pitti and funerary monuments in Santa Croce and the English Cemetery in Piazzale Donatello. The monument to her mother, created in 1859, is perhaps her best known work; the author here places it in the context of Florentine art, describing the whole as ‘mirabile e istraordinario’.