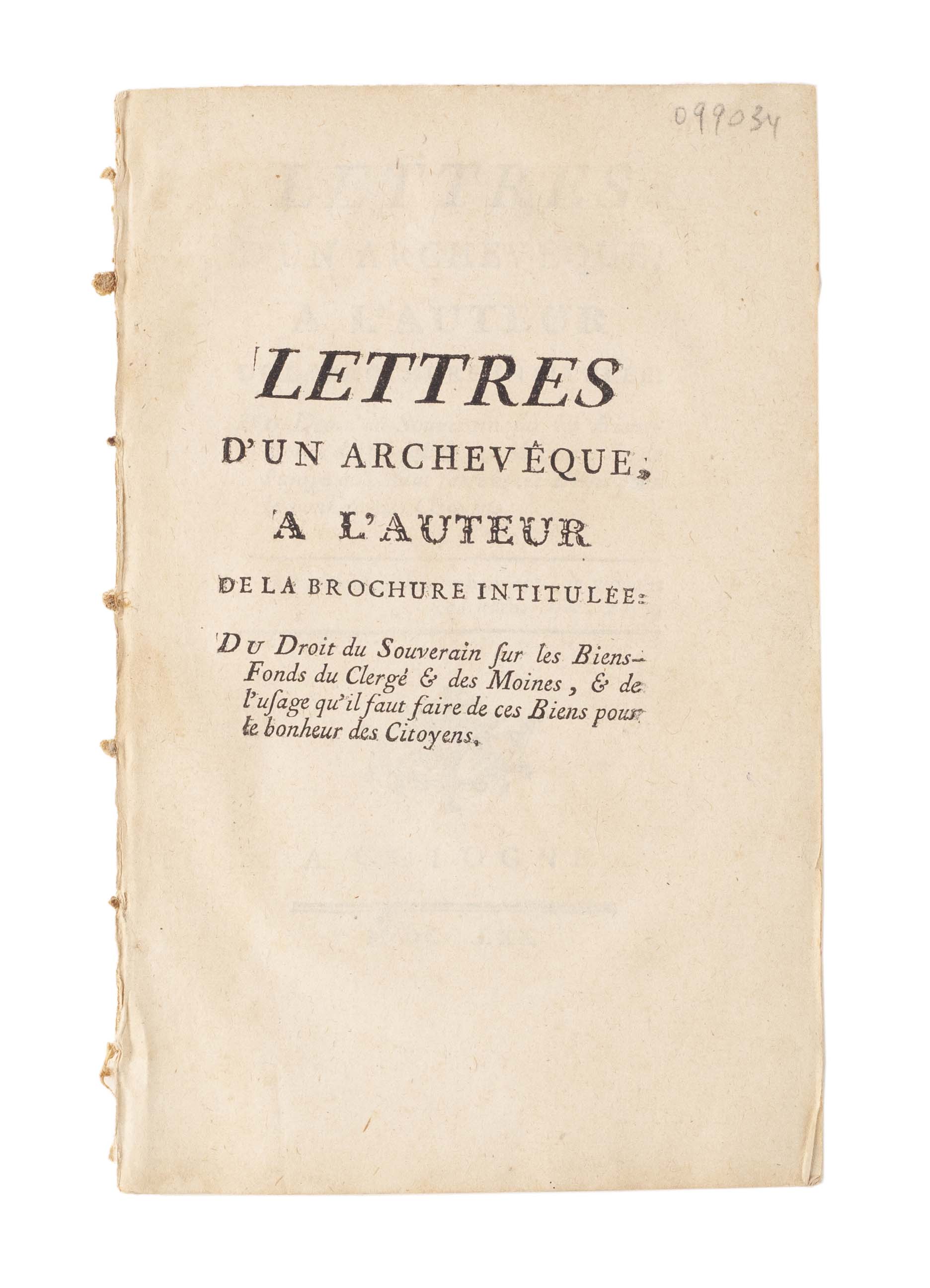 Richard was the author of a five-volume Bibliothèque sacrée (1760), works on the history of the ecumenical councils, a number of anti-Voltaire works including Voltaire parmi les ombres, and, shortly before his death, a Parallèle des Juifs qui ont crucifié Jésus-Christ, avec les Français qui ont exécuté leur roi.

Only edition, unrecorded outside Italy, of a symposium of laudatory verses published on the occasion of Fabio Chigi’s accession to the Papacy as Alexander VII, with descriptions of the accompanying ritual and pomp. The equestrian triumph and procession, the solemn conferment of papal regalia and insignia such as the triple tiara and mitre, the ‘lachrymose’ acclamation of the people of Rome are rendered in eye-witness account, complemented with several verse eulogies and a full-page woodcut of the pope’s arms, and culminating with poems on the subject of the pope’s effigy. Such portrait paintings were executed in many versions and were widely distributed, often given as diplomatic gifts, or acquired as expressions of political allegiance (see the specimen held at the Walters Museum).