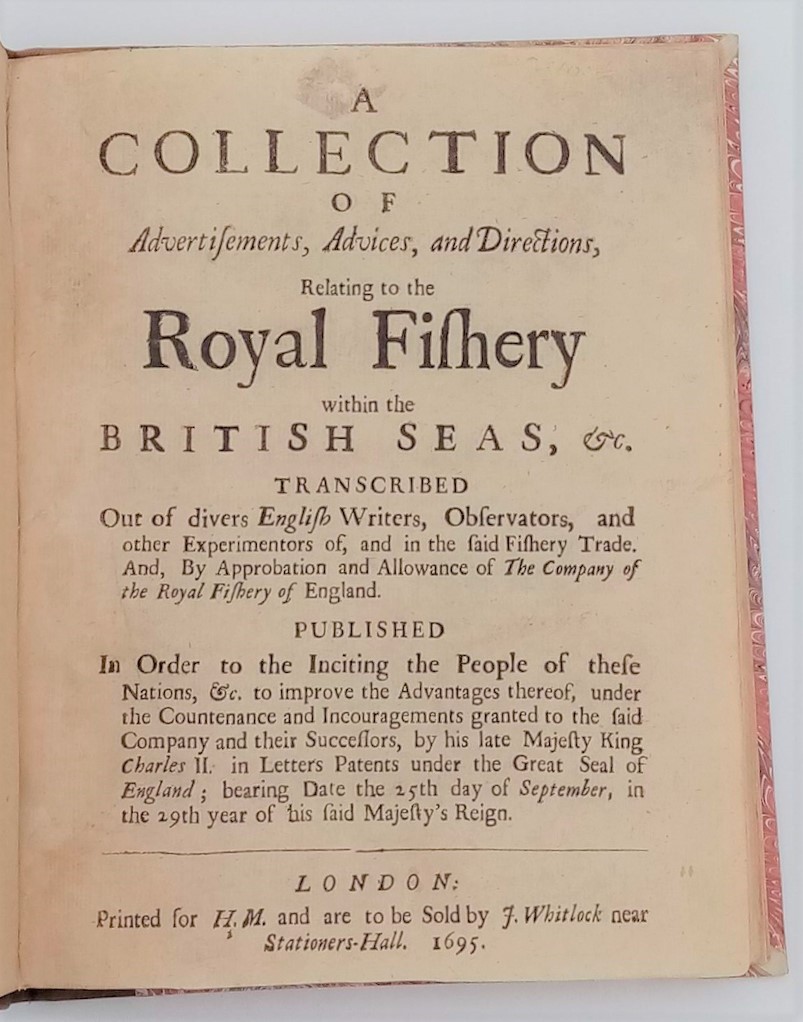 Added to your basket:
A Collection of Advertisements, Advices, and Directions, relating to the Royal Fishery within the British Seas, &c.

The present work is one of several pamphlets issued to recommend the last-ditch attempt to rescue the Company’s finances in 1695, following the sale of substantial further property in 1685–6. ‘£300,000 “or at least 150,000”’ was the target but by 30 October 1695, only a small amount had been realized. The final mention of the Company was in 1717 when token opposition was made to the ‘Grand Fishing Company’ but the charter of Charles II was now deemed void ‘through neglect’.