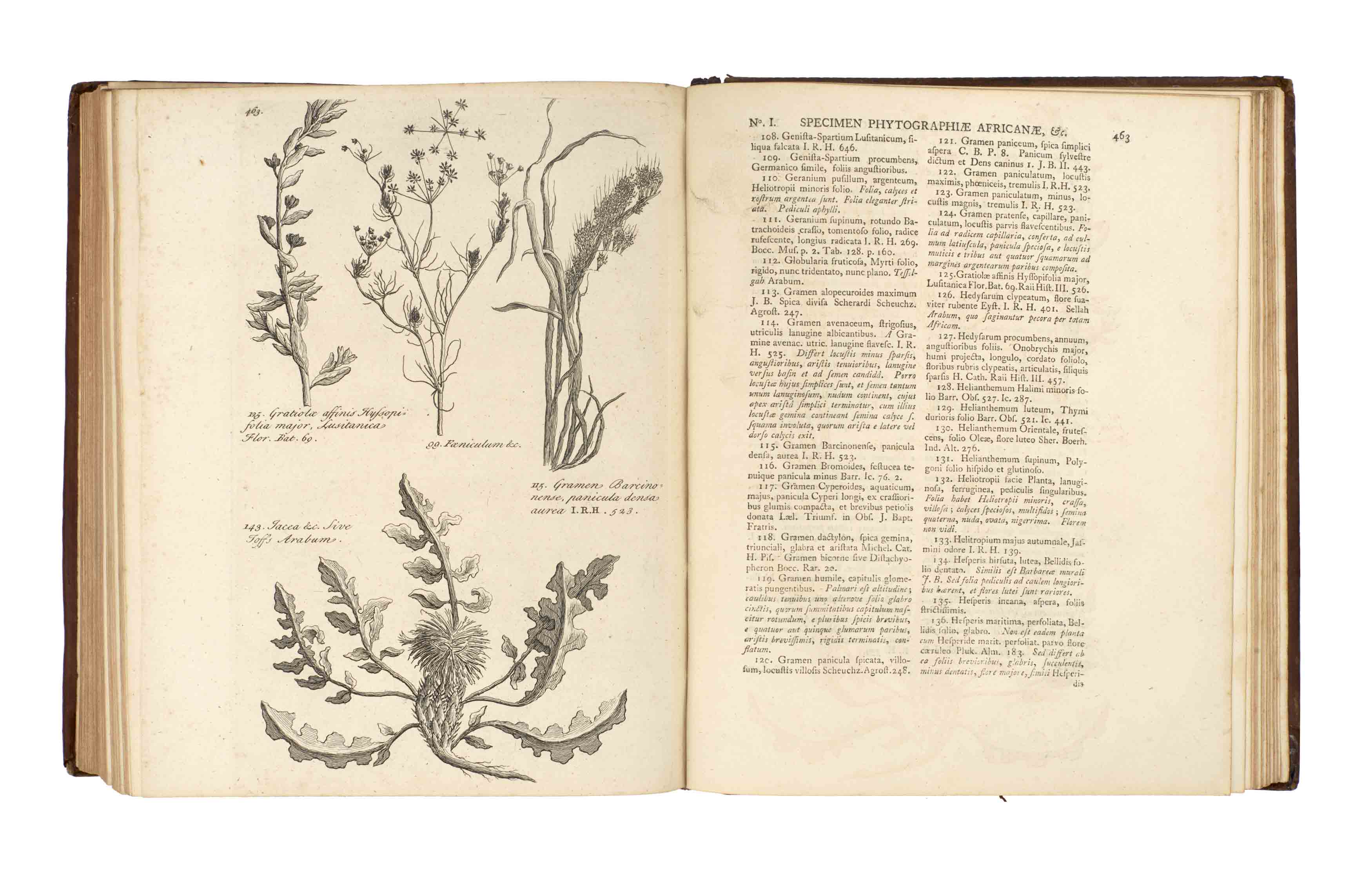 Added to your basket:
Travels, or observations relating to several parts of Barbary and the Levant, illustrated with cuts, the second edition, with great improvements.

‘Second and most valued edition’ (ODNB) of Shaw’s observations of North Africa and the Near East. Serving as Chaplain to the English factory at Algiers from 1720 to 1733, Thomas Shaw (1694–1751) travelled extensively in Egypt, Palestine, Cyprus, and North Africa, gathering extensive observations on local culture, antiquities, geography, and natural history. On his return to England he became a doctor of divinity and a fellow of the Royal Society in 1734, publishing his Travels in 1738, dedicated to George II and acclaimed for its accurate descriptions, fine plates, and detailed maps. The work proved successful and, when appointed principal of St Edmund Hall in 1740, Shaw used the profits of the publication to restore the north range of the front quadrangle of the college, at a cost of about £400. Though published posthumously, Shaw prepared this second edition before his death, including for the first time two controversial supplements of 1746 and 1747.

Highly esteemed by Edward Gibbon, Thomas Dibdin, and many others since, ‘the valuable information ... which his travels contain, his habit of giving a number of toponyms in Arabic characters, the care he took to copy Roman inscriptions in North Africa and hieroglyphics in Egypt, and finally, the exceptionally good plates and maps in his work, all entitled Shaw to a place among the most observant and reliable visitors to the east’ (Hamilton).

Himalayan Journals: Notes of a Naturalist in Bengal, the Sikkim and Nepal Himalayas, the Khasia Mountains … A new edition, carefully revised and condensed …