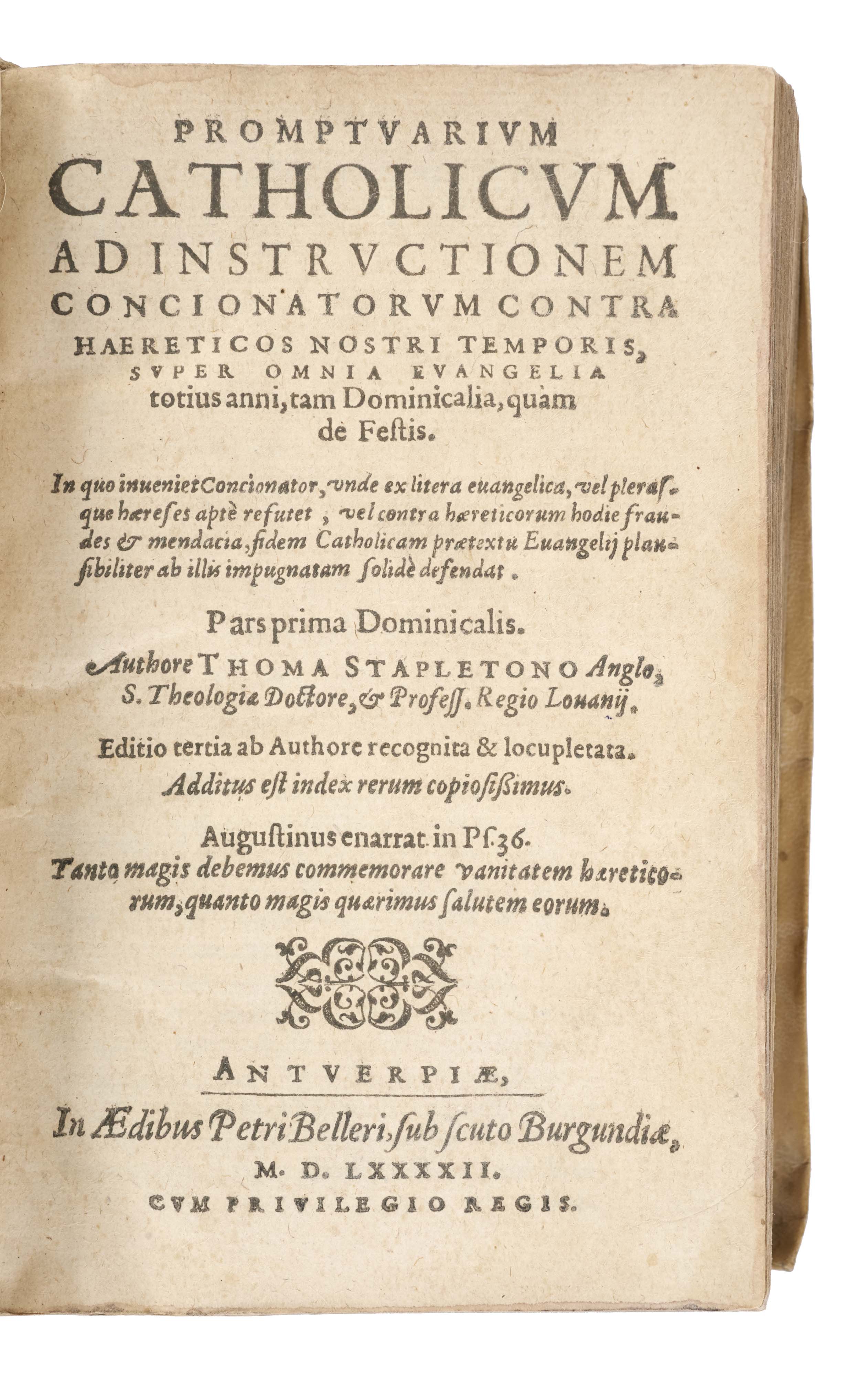 The ‘most learned Roman Catholic of his time’ (Wood), Stapleton was destined for a promising academic career before the death of Queen Mary; in exile under Elizabeth he became one of the most skilful of Catholic controversialists. His Promptuarium Catholicum was widely used, the volume for Sundays and feast days running to twenty-three editions by 1631, and for weekdays in Lent to eighteen. In it, Stapleton ‘sought to focus on those phrases which directly challenged his Protestant opponents, or at least his view of what those Protestant opponents claimed, and he confronted their arguments directly, citing them by name and imputing dishonesty and fraud to them. Beyond scripture itself, chief among the authorities referred to by Stapleton in his commentaries were the writings of Augustine. This was typical of Stapleton’s approach in the Promptuarium Catholicum for the Sunday gospels’ (William J. Sheils, ‘The Gospel, liturgy and controversy in the 1590s: Thomas Stalpeton’s Promptuaria’, in James E. Kelly and Susan Royal, eds., Early Modern English Catholicism, 2016, pp. 189–205, p. 198).