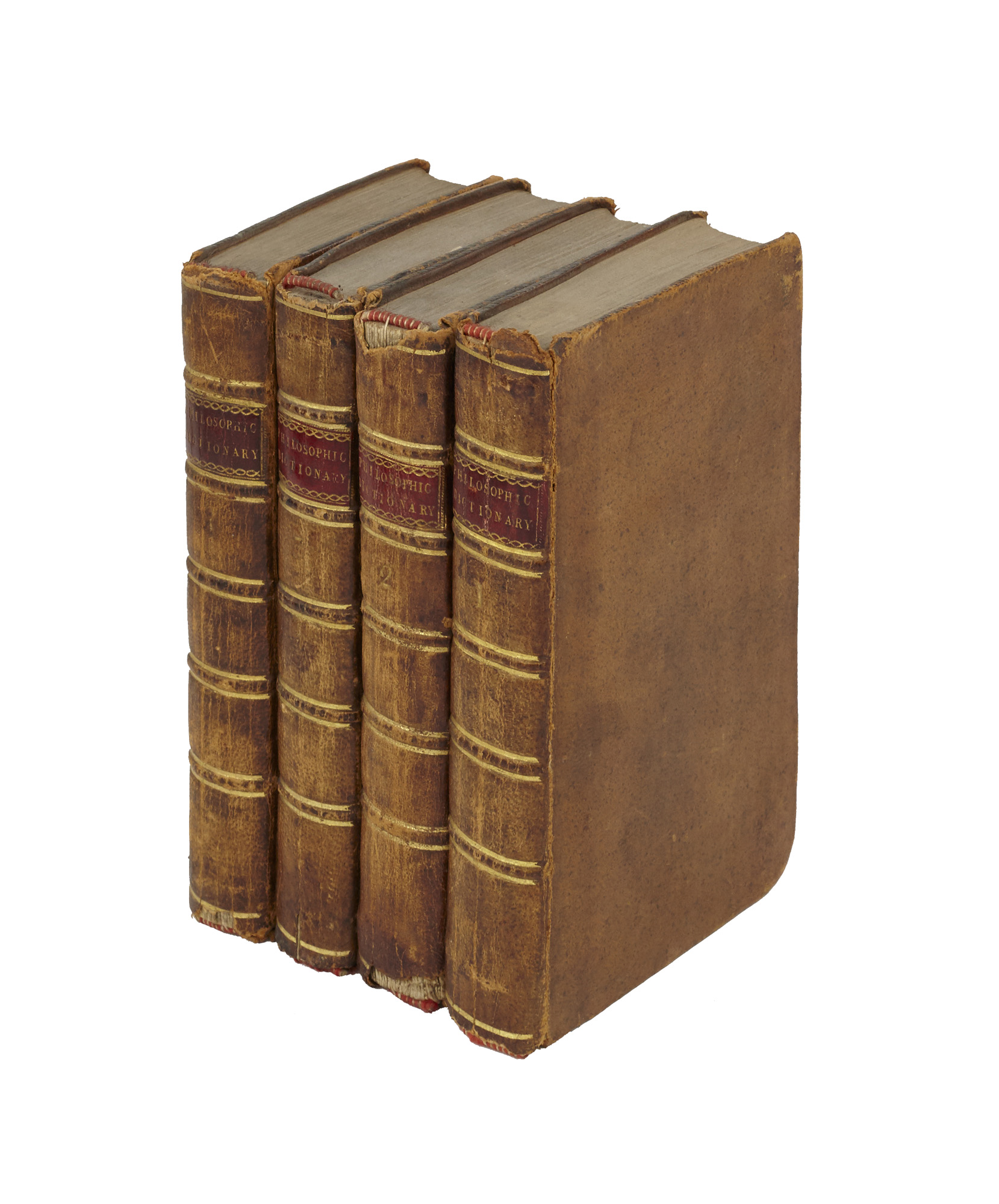 Added to your basket:
The Philosophical dictionary: or the opinions of modern philosophers on metaphysical, moral and political subjects.

First edition of this philosophical dictionary, featuring extracts from ‘the writings of the most eminent philosophers in Europe’ (preface) chosen by Swediaur, who originally compiled the collection as a sort of commonplace book for his private use. The broad-reaching content includes contributions from Locke, Hume, Franklin, Voltaire, Priestley, Rousseau, Franklin, Smith, Bentham and Montesquieu.