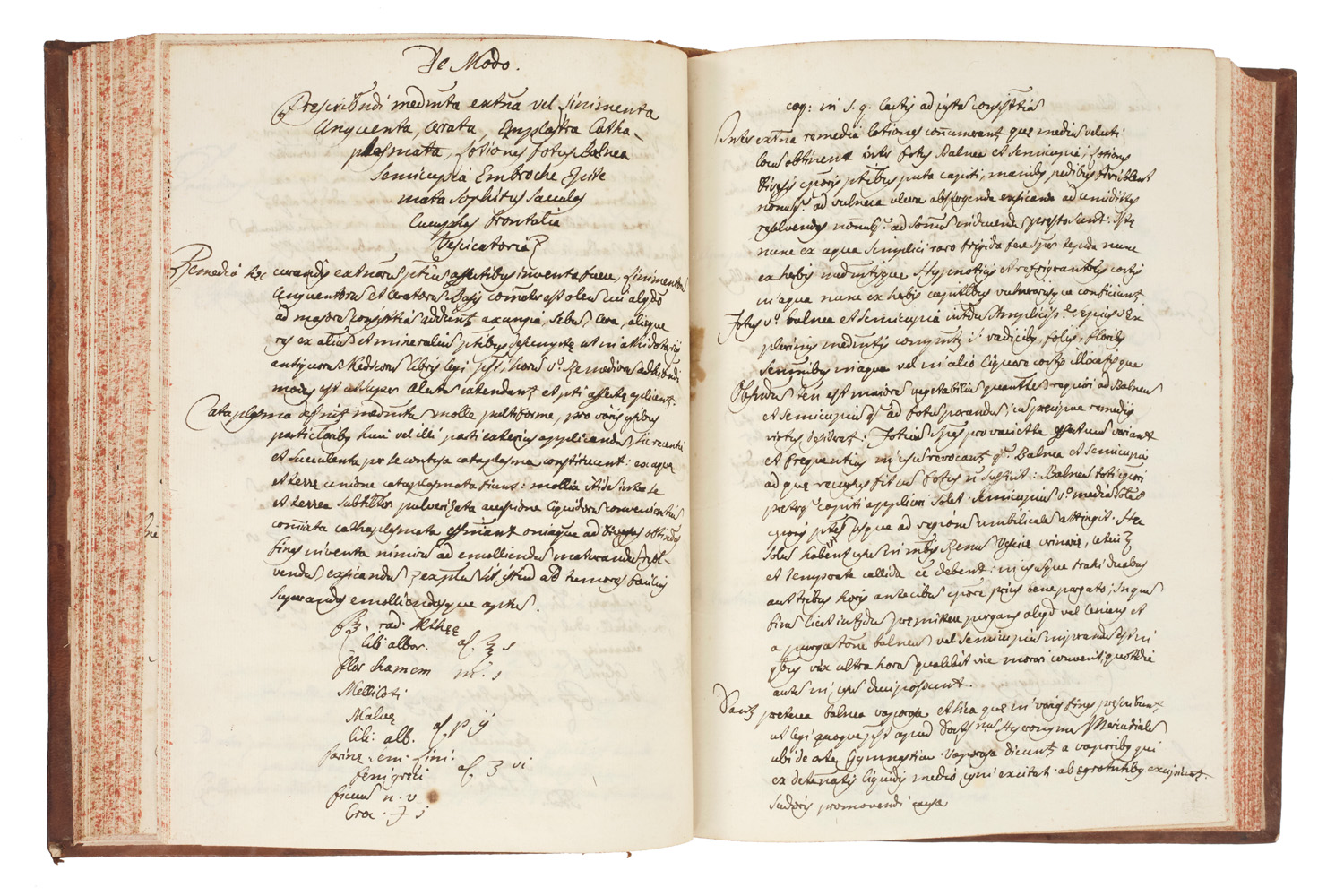 An extensive manuscript compendium of apparently unpublished medical texts compiled by a student at the Archiginnasio of Bologna who studied under Gaetano Tacconi (1689–1782), comprising notes on the prescription and preparation of medication, on fevers, and on a wide variety of illnesses. The medical school at Bologna was one of the most important in Europe, and the Archiginnasio famous for its 17th-century anatomical theatre. Tacconi, a native of Bologna and a student of Antonio Valsalva, served the university as professor of philosophy, anatomy and surgery and published several medical treatises, including Notizia della ferita (1738) and De nonnullis cranii ossiumque fracturis (1751).

After introductory chapters covering, for example, hygiene, body fluids, diet, and diseases and their indicators, the text of the ‘Medicae instructiones’ turns to the prescription, preparation and dosages of medicines, for internal and external use, giving numerous recipes for various powders, pills, tablets, ointments, and poultices. 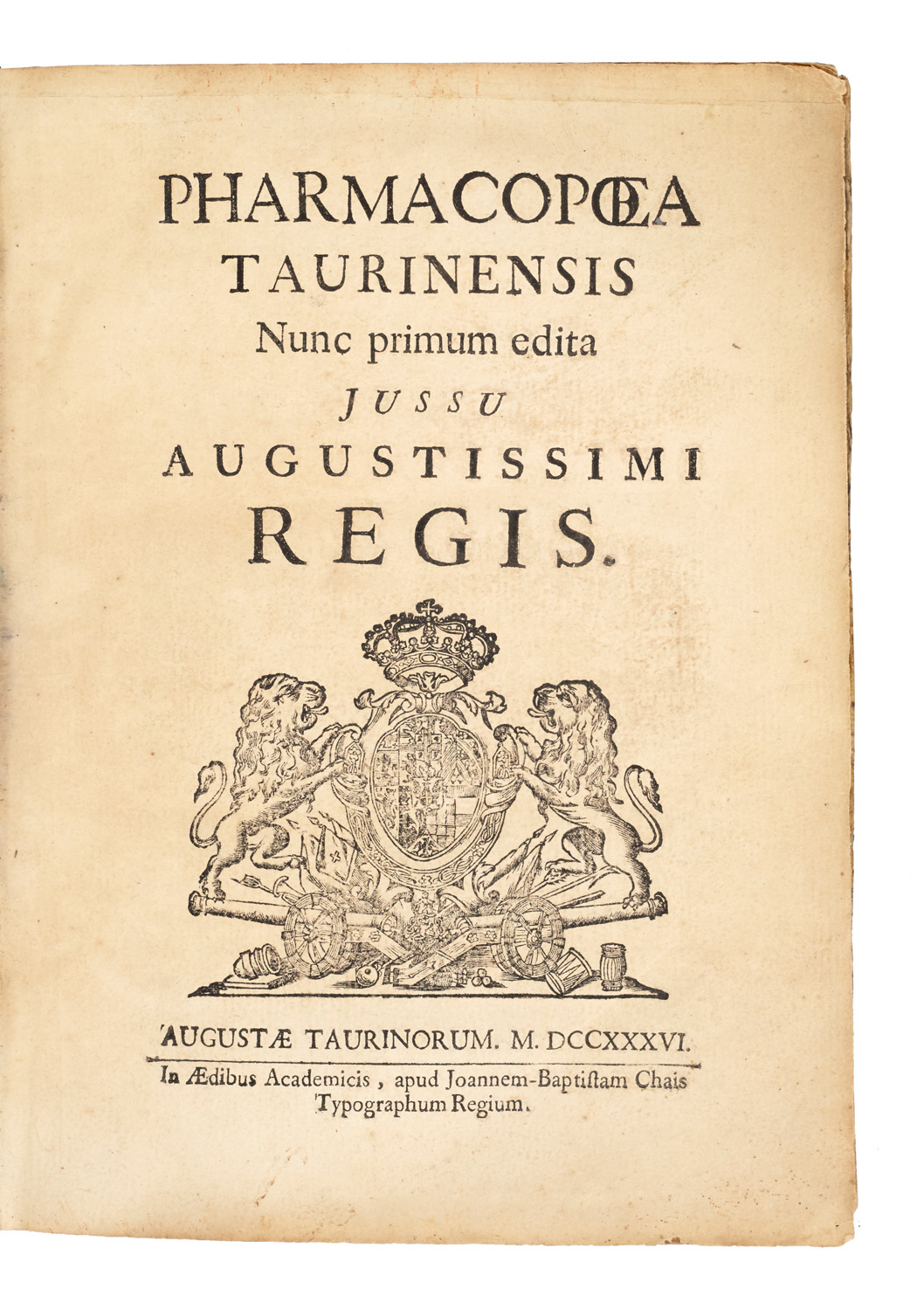 Rare first Hungarian edition of Alfred Swaine Taylor’s The Principles and Practice of Medical Jurisprudence, the most extensive and developed of his works on the subject, expanding and refining his earlier work, and first published in English in 1865.