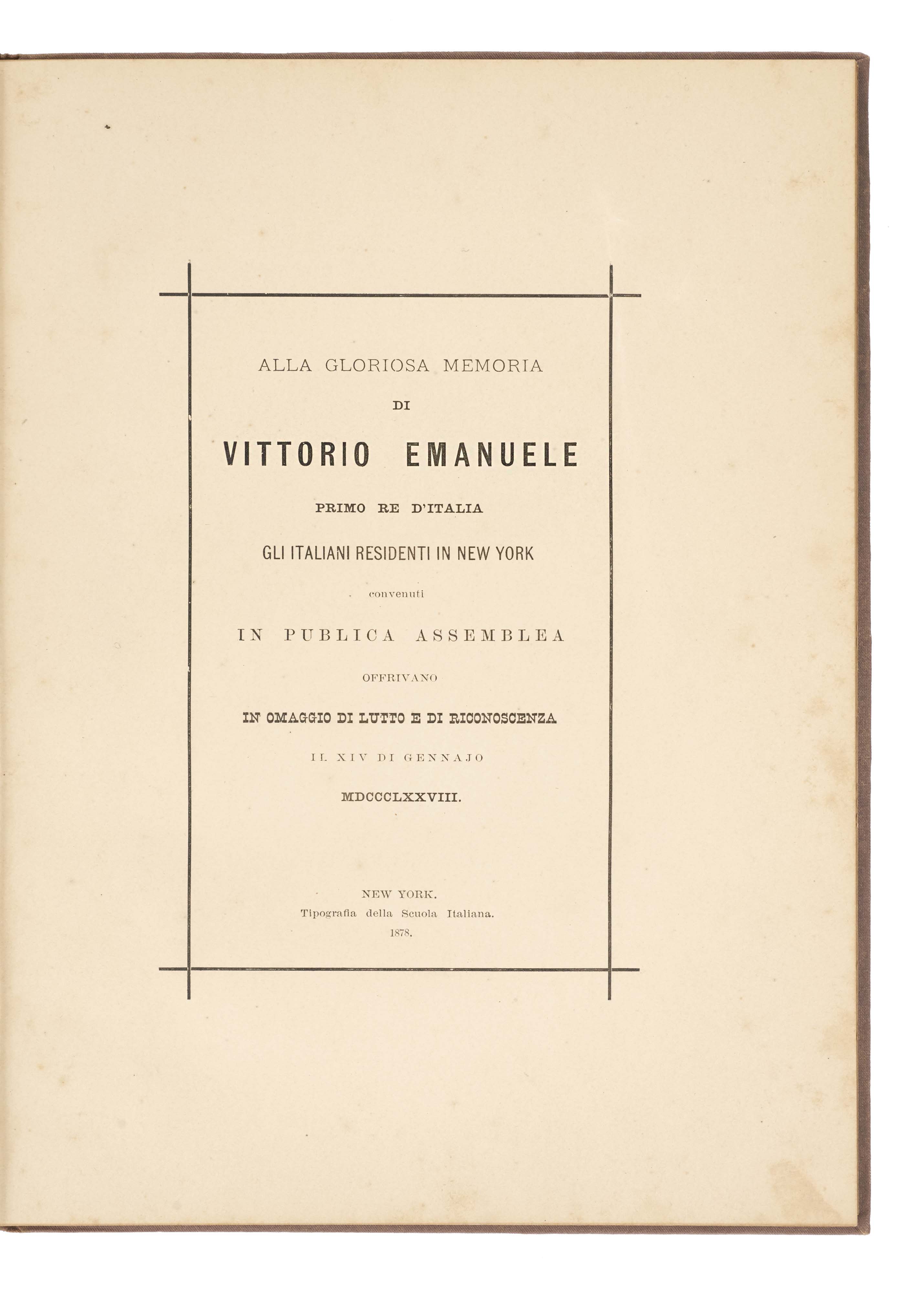 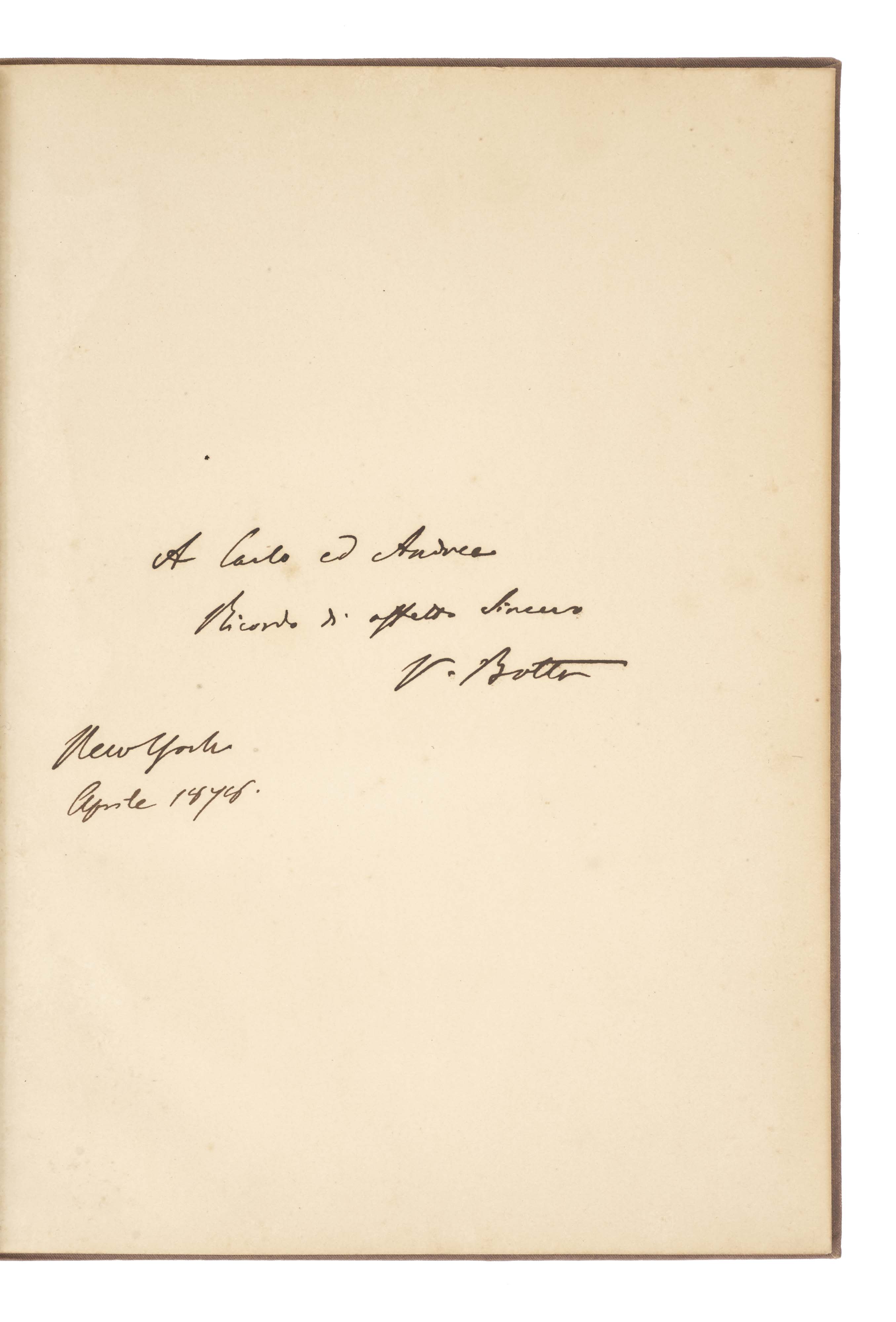 4to, pp. [2 (blank)], 76, [2 (blank)]; title and text within black ruled border; a very good copy in publisher’s black-ruled bevelled boards with the arms of Vittorio Emanuele blocked in gilt to lower board and ‘In Memoriam’ in gilt to upper, spine lettered in gilt, dark brown endpapers; spine slightly sunned; preliminary blank inscribed by one of the authors ‘A Carlo ed Andrea // Ricordo di affetto sincere // V. Botta // New York // Aprile 1878'.

First edition of a commemorative tribute to the late Vittorio Emanuele II, first king of Italy, by the Italian community of New York.

The volume records the memorial meeting held at the Italian school in New York, at 156 Leonard Street, on the evening of 14 January, 1878, recorded in the New York Tribune the following day: ‘The hall … was crowded to its utmost capacity … and often repeated and loud cheers burst forth whenever [Vittorio Emanuele’s] name was mentioned or when any allusion was made to his unification of Italy … Professor Botta spoke for half an hour, giving a very eloquent review of Victor Emanuel’s life, character and services … some passages of his speech where highly poetic, and seemed to charm the ears of the audience equally by their sentiment and the musical cadence of the sentences’.


The present copy is inscribed by Vincenzo Botta, the Italian educationalist and philosopher who chaired the meeting at the Scuola italiana. After a brief political career, Botta settled in the United States in 1853 on the second of his tours to study education abroad, accepting the chair of Italian language and literature at the University of the City of New York (now New York University). Over the following four decades he was established as a leading figure of the Risorgimental migration to America, maintaining a correspondence with L’Opinione in Italy and writing addresses and articles in the States, including his laudatory discourses on Cavour, Garibaldi, and (here) Vittorio Emanuele II. 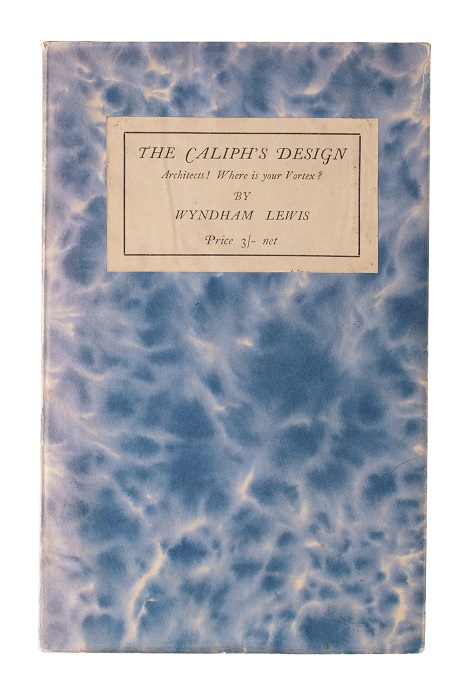 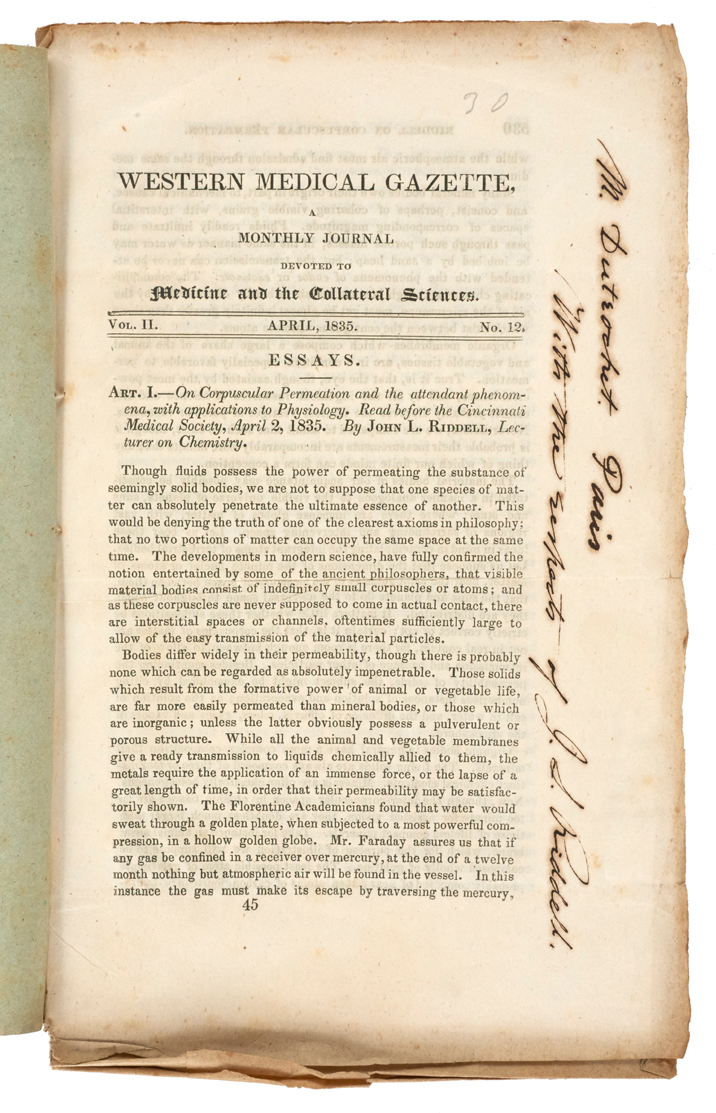