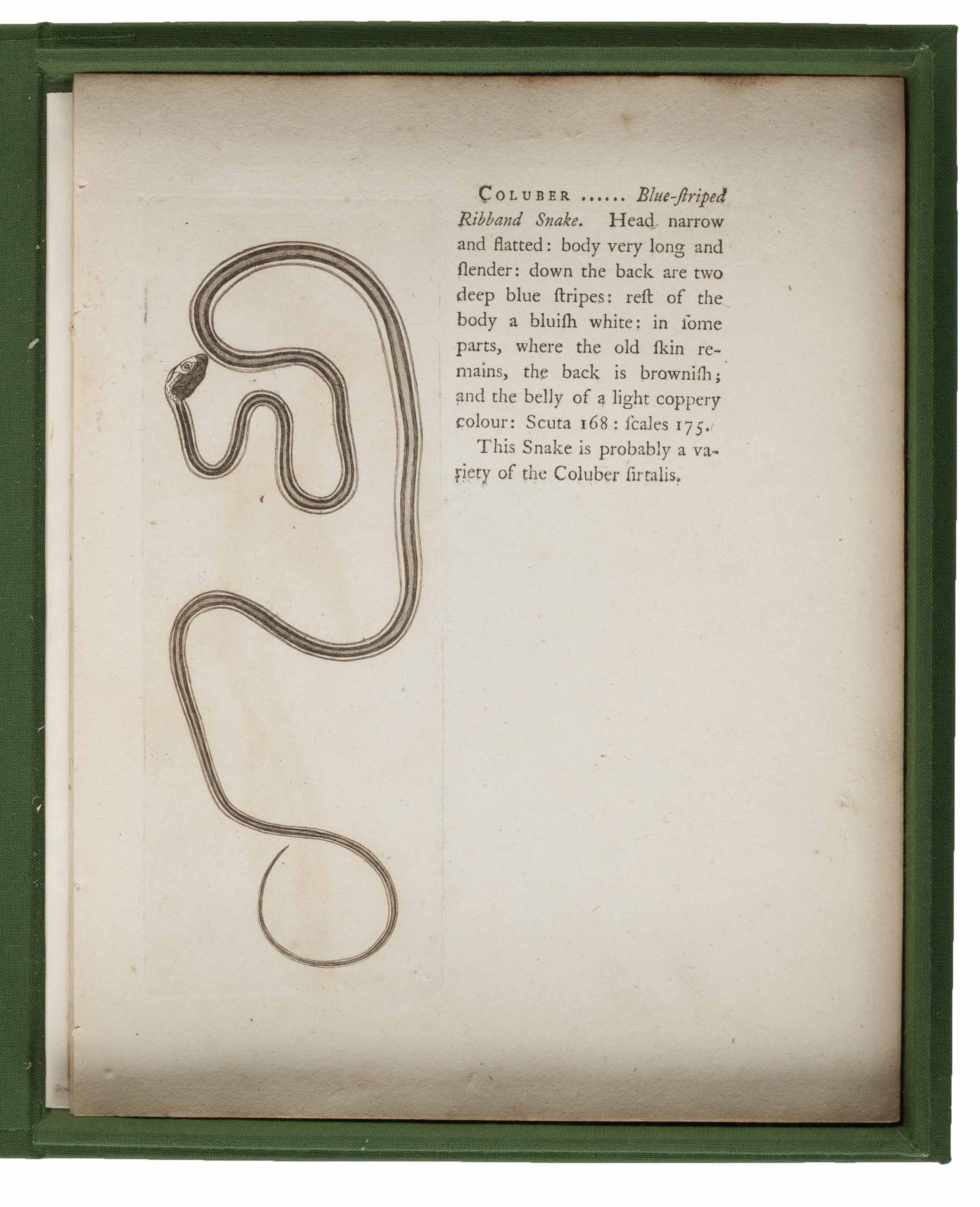 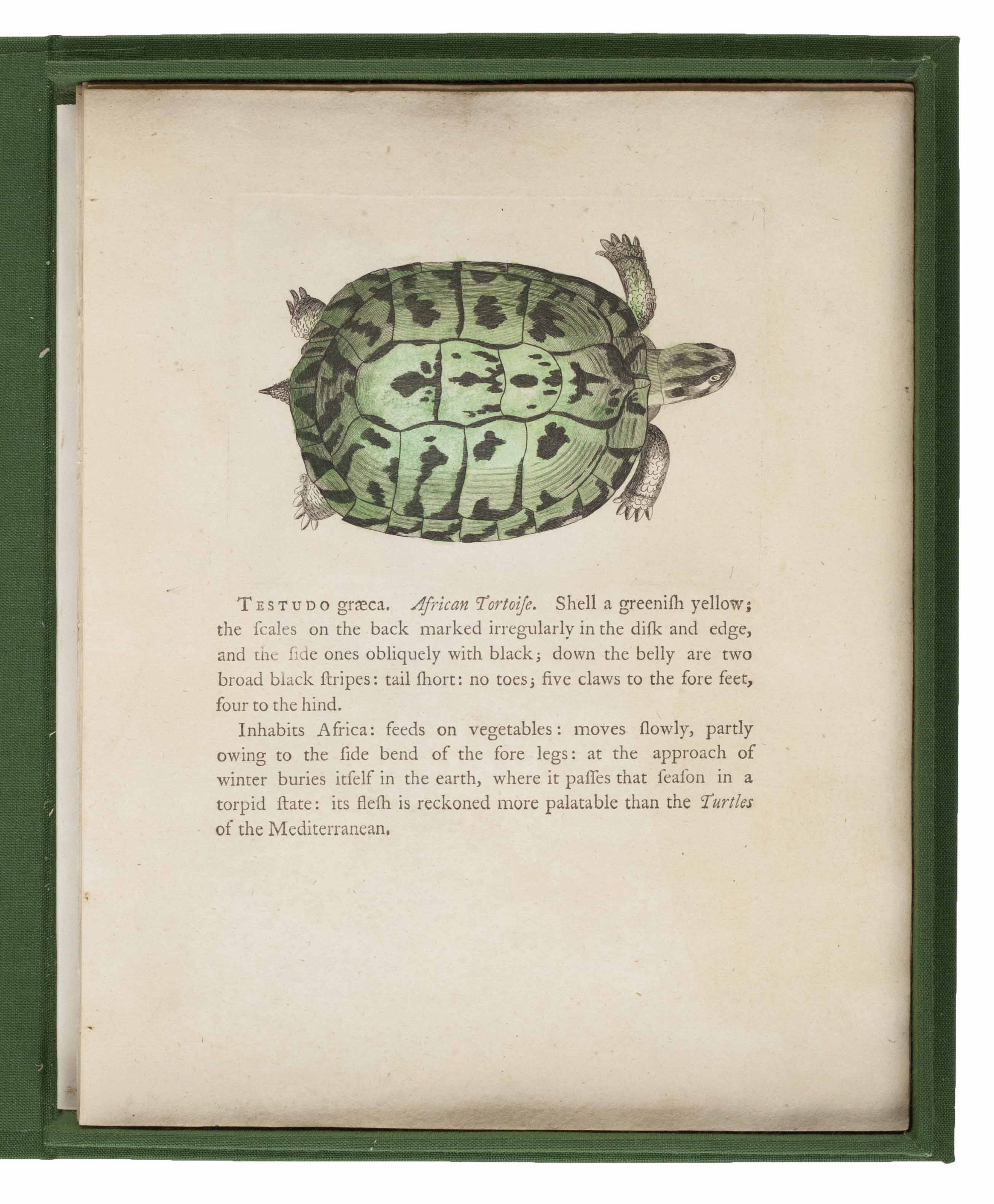 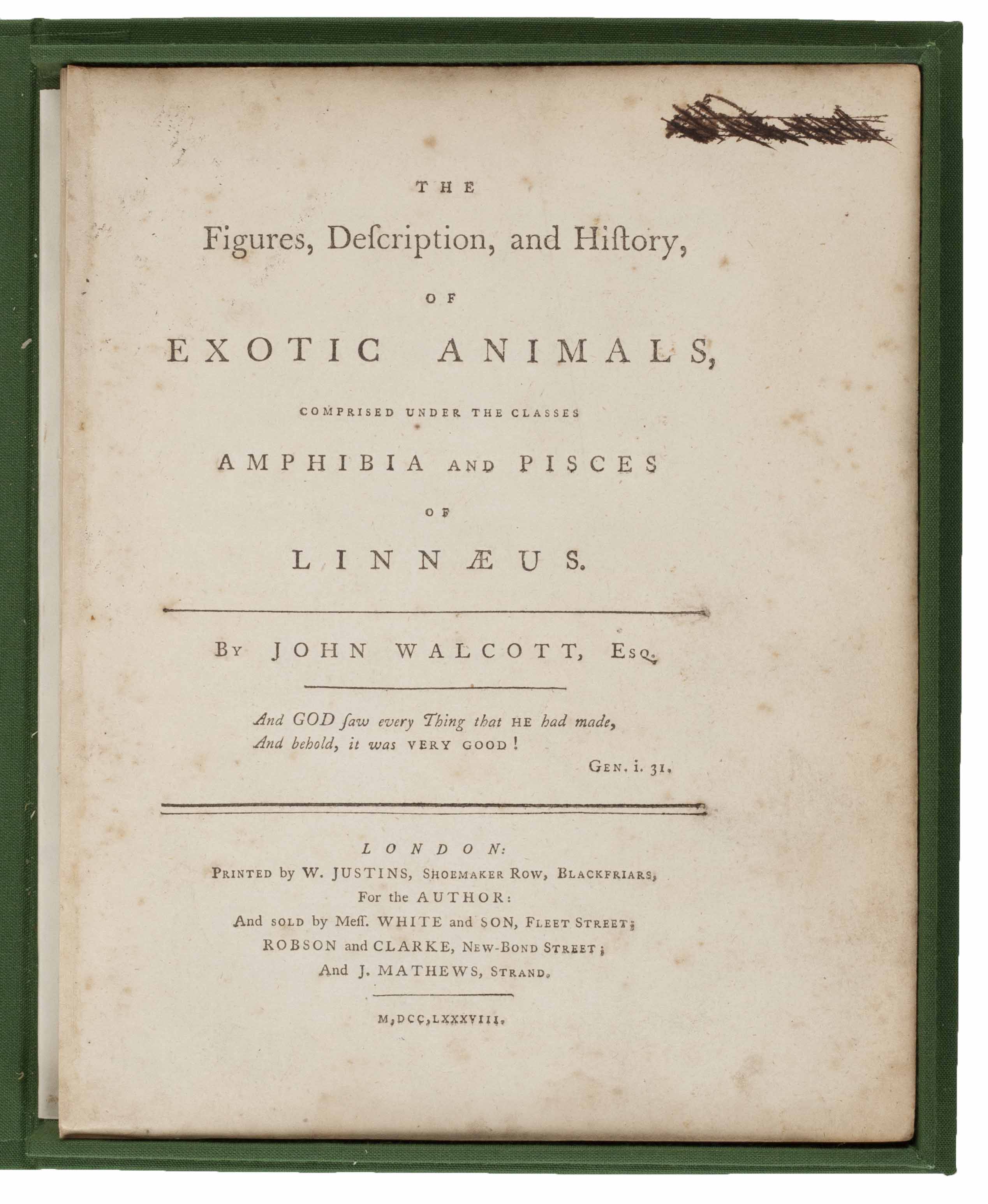 Added to your basket:
The Figures, Description, and History of exotic Animals, comprised under the Classes Amphibia and Pisces of Linnaeus.

ESTC records only four copies in the UK (Trinity Hall, Natural History Museum, and two copies at the BL) and two in North America (Cleveland, Huntington).