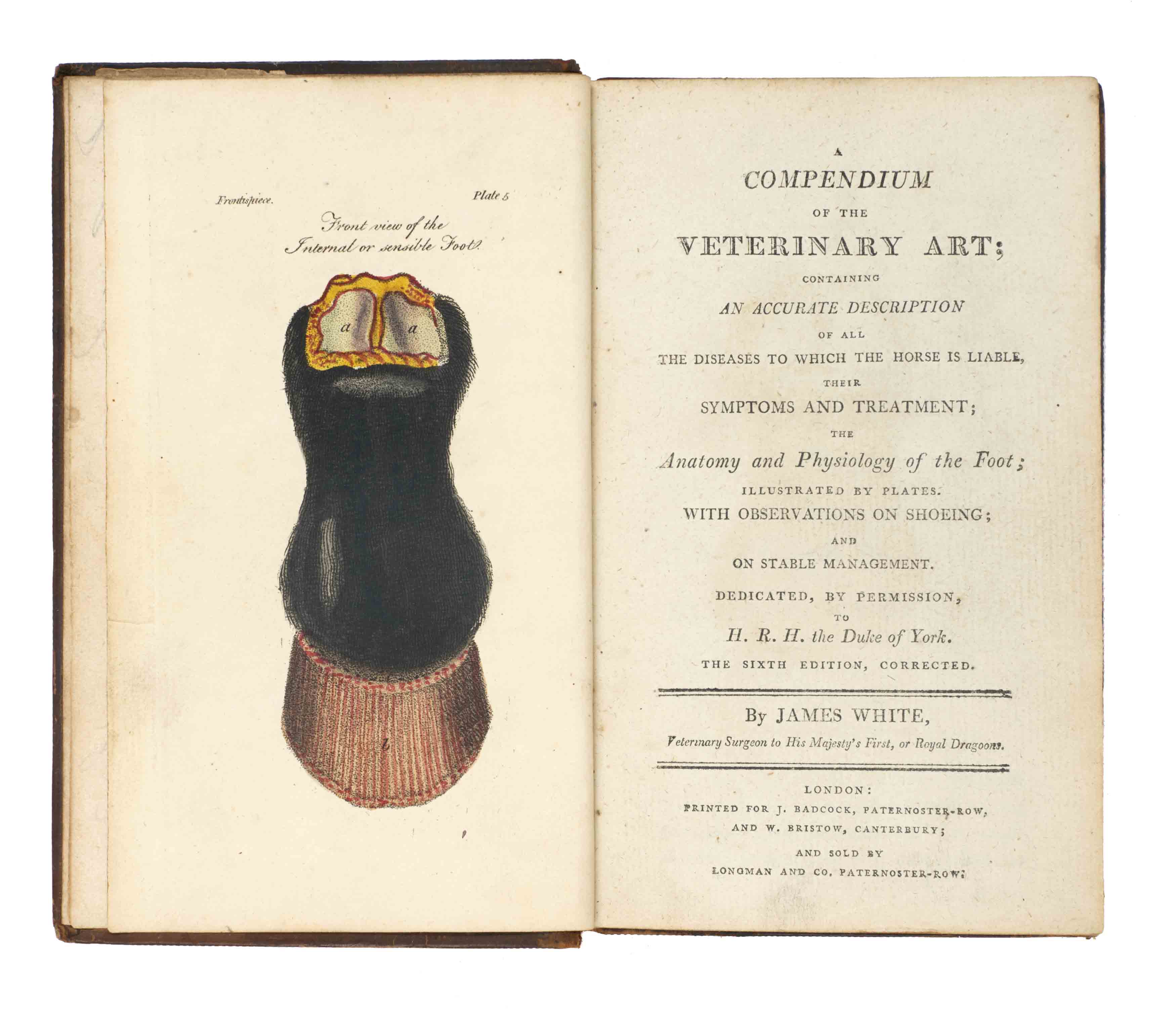 Added to your basket:
A Compendium of the veterinary Art, containing an accurate Description of all the Diseases to which the Horse is liable, their Symptoms and Treatment, the Anatomy and Physiology of the Foot, illustrated by Plates, with Observations on Shoeing and on Stable Management … the sixth Edition, corrected.

Sixth edition. Evidently a successful text, further editions appeared soon after the work’s first publication and would eventually be expanded into four volumes (the present edition is often found accompanied by The materia medica and pharmacopoeia).

Gothic Architecture: A Lecture for the Arts and Crafts Exhibition Society.

A splendid copy of the first edition of Morris’s lecture on Gothic architecture, an experimental project in printing for a public audience at the Arts and Crafts Exhibition.

First English (and first authorised) edition of an influential legal novel, a satire in which a young upstart, Tittlebat Titmouse, discovers he is worth the massive endowment of the story’s title, and must defend himself against a host of avaricious villains of the legal profession bearing equally ridiculous names, such as Bloodsuck, Grizzlegut and, more simply, Grab.