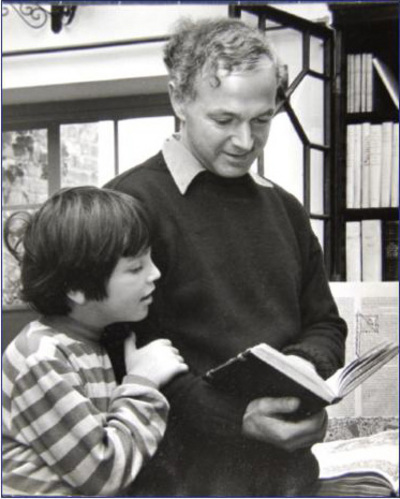 We are pleased to announce the forthcoming Oak Knoll Press publication of:

Obsessions and confessions of a book life, by Colin Franklin

Reminisces of an author, bookseller, and publisher, written at the age of eighty-eight, Colin Franklin’s newest book is perhaps his most entertaining.  It wanders freely through themes which have absorbed him—a lost world of publishing, adventures in bookselling, and the irreplaceable scholarly eccentrics who dominated that world a generation ago.  During his numerous trips to Paris, Japan, South Africa, and many universities in the United States, Franklin kept diaries of his accounts, which have helped him to put together this new publication.

Including serious essays on diverse characters who have fascinated him, the book discusses the Bowdlers and their ‘Family Shakespeare’; William Fowler of Winterton, who privately produced books of the greatest magnificence on Roman Mosaic Floors (when these were being discovered under England’s green and pleasant land); a little-known Oxford antiquary and printmaker Joseph Skelton; the once-so-popular Robert Surtees and John Leech (much admired by Ruskin) who illustrated his novels; the neglected theme of binders’ lettering; and his lifelong hero William Morris.  There is also a new assessment of the Italian printer Giambattista Bodoni, whom Franklin considers to have been finest of them all.  A satirical essay called ‘Expert’, in addition to the anecdotal and narrative style of text throughout, make this an entirely enjoyable work, rich in illustrations.

Franklin’s exhaustive love for books, in combination with his many travels to distinguished universities and libraries, has allowed him to handle some of the most outstanding examples of work he could ever desire.  His passion for private presses, early color printings, early editions of Shakespeare, and beautiful Japanese scrolls, has led him to believe that most booksellers, collectors, and even librarians are guided by personal taste rather than by calculation, just as he has been.

After wartime service in the British Navy, Colin Franklin graduated in English from St. John’s College, Oxford and entered the publishing firm of Routledge and Kegan Paul.  In middle life, he abruptly made the decision (with his wife’s blessing) to quit publishing and turn bookseller.  Franklin and his wife Charlotte raised five sons and now live near Oxford, where they recently celebrated their diamond wedding anniversary.

Available in USA from Oak Knoll Press; available in Australia from Books of Kells.