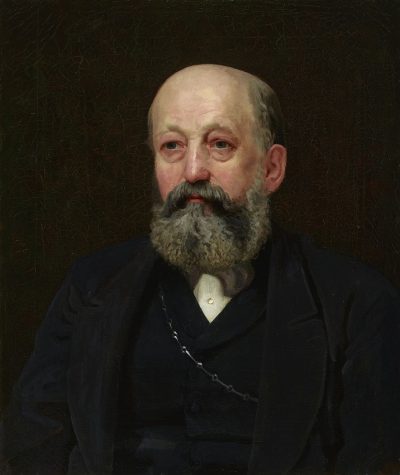 Today the founder of our firm turns 200. Bernard Alexander Christian Quaritch was born on 23 April 1819 at Worbis, a village in Thuringia, Germany. He was the eldest of five children of Karl Gottfried Bernhard Quaritsch and his wife, Eleanore Henriette Amalie, née Rhan. From the age of fifteen to nineteen Bernard served an apprenticeship with a local bookseller, Koehne, and in 1839 set off for Berlin. There he found work at the publishing firm of Klemann, and in the bookshop of Adrien Oehmigke.

Early in 1842 Bernard Quaritch moved to London, where he persuaded Henry George Bohn, the leading bookseller–publisher of his day, to hire him as cataloguer and general assistant. In 1844–5 he put in a year’s stint with Théophile Barrois at Paris but returned to London and Bohn for two final years of employment. Announcing his ambition to be ‘the first bookseller in Europe’, Bernard then set up on his own, with a capital of just £70 saved from his earnings, and an income eked out with piece-work for Karl Marx and Friedrich Engels. From 16 Castle Street, Leicester Square, London, Bernard issued his first catalogue—a two-page, three-column ‘Cheap book circular’—in October 1847. Bernard Quaritch Ltd was born.

To mark today’s birthday we asked Andrea Porto in Fulham to restore one of our portraits of Bernard Quaritch. It was painted in 1881 when Bernard was 62. The artist is Michael Hanhart.