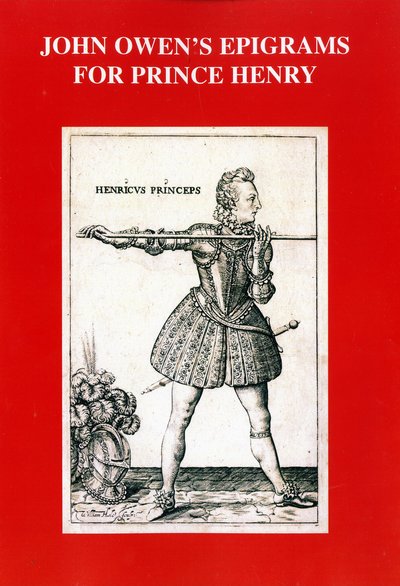 We are delighted to announce the publication of:

John Owen’s Epigrams for Prince Henry.  The Text of the Presentation Manuscript in the Library of Trinity College Cambridge.  With introduction and notes by Nicholas Poole-Wilson.

This year is the 400th anniversary of the death of Prince Henry, eldest son of James VI of Scotland (I of England), who died on 6 November 1612, most probably the victim of typhoid. He was eighteen years old and seemingly poised for a glittering career, the ideal monarch in the making. Francis Bacon was about to dedicate to him a new edition of the Essays (1612) with an analysis of the nature of government and political rule. “Hope is a good breakfast,” he said later, “but it is a bad supper.” The display of grief on the news of his sudden death was akin to that following the death of Princess Diana in our own time.

Two years earlier on 4 June 1610 Henry had been created Prince of Wales, an occasion of lavish ceremony which heralded a year of festivities, including a masque by Samuel Daniel with stage designs by Inigo Jones. One other literary contribution to the celebrations was a small quarto volume of manuscript verse presented to Henry by the epigrammatist John Owen, and now preserved at Trinity College, Cambridge.

The Trinity manuscript is in Owen’s own hand (no other autograph manuscript of his survives) and is printed here for the first time.  It contains 105 epigrams, of which 25 are new, i.e. hitherto unpublished; others present a text frequently at variance with the printed versions which Owen published in 1612, the year of Henry’s death.  The subjects are a characteristic cross-section of his bitter-sweet jests and jibes.  In addition to the epigrams addressed to Henry himself (as well as one to his library) there are others, likewise unpublished, addressed to James I as primum mobile, to Sir Edwin Sandys and his “liber prohibitus,” and to Matteo Torti, Cardinal Bellarmine’s chaplain, much involved in the controversy over the Oath of Allegiance. The whole is amply laced with the verbal twists and tricks of Owen’s crossword-puzzle mind.

The manuscript is edited with an introduction and notes by Nicholas Poole-Wilson, longtime student and collector of Owen’s printed editions. It contains an illustration of the binding and 7 double-page plates reproducing pages from the text.

For more information or to order a copy, please contact Joanna Skeels. 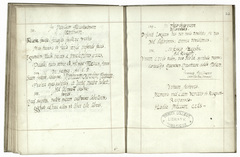