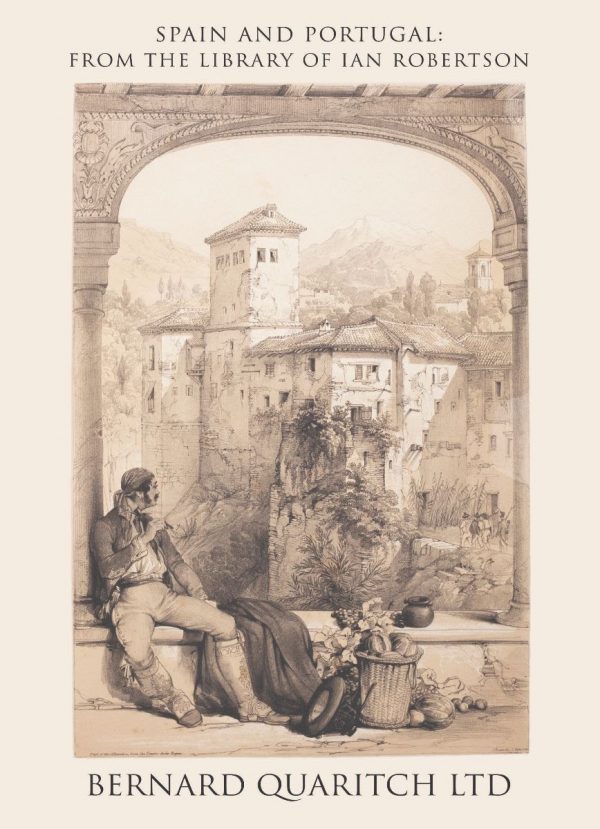 Quaritch is honoured to offer a catalogue of books on Spain and Portugal, from the library of the late Ian Robertson (1928–2020).

Gathered over half a century, the collection is the product of a life-time studying the people, places, and politics of the Peninsula, as reflected in many of Robertson’s publications – as author of the Blue Guide for Spain, as an authority on the Peninsula War, and as editor of the modern editions of Richard Ford’s Hand-Book for Travellers in Spain and Gatherings from Spain, Joseph Baretti’s Journey from London to Genoa through Spain, and Beckford’s Recollections of an Excursion to the Monasteries of Alcobaça and Batalha.

We hope that the 177 works presented in the catalogue, illustrating every aspect of Spain and Portugal from their history to their clothing and cuisine, may stimulate fond memories of journeys past and provide inspiration for travels to come.

The catalogue may be read online, or copies sent upon request.