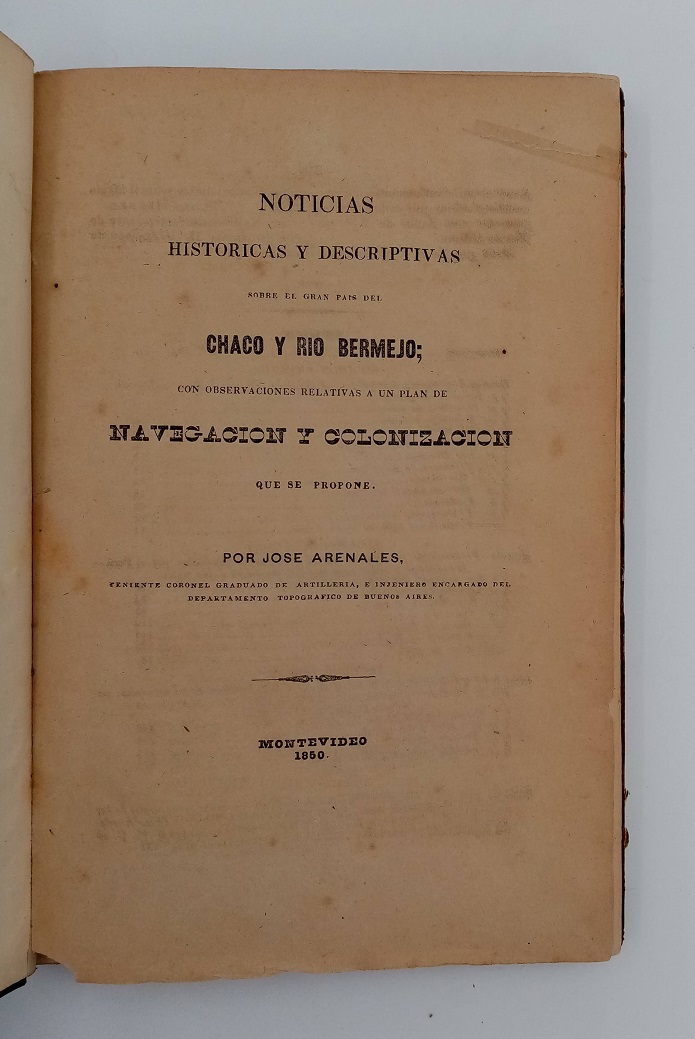 Rare second edition, after the first of 1833, of this analysis of the Chaco and Rio Bermejo regions of Paraguay, divided into three sections. The first covers the geography, population and natural history of the area, the second relates the conquest of Paraguay and Peru, containing extracts from various accounts of expeditions into the interior, and the third examines the Rio Bermejo (its colonization, military system, economy and so forth). The author, born in San Antonio de Arque in Río de la Plata in 1793, ‘studied engineering and joined the army at an early age to become part of the army of José de San Martín. While fighting against the royal army in Upper Peru, he found time to be elected to the congress of the province of Salta in Argentina. He … also wrote an unfinished Diccionario geográfico on Chile, Peru, and Río de la Plata. He died in 1862’ (Olson p. 30).

This edition not in Palau. See Palau 15911 and Sabin 1931 for first edition; OCLC records only two copies of this edition at NYPL and Texas (Austin), and only one physical copy of the first, at Lyon.

‘ONE OF THE MOST INVENTIVE PRE-20TH CENTURY AMERICAN ECONOMISTS’ HADLEY, Arthur Twining.

Economics. An account of the relations between private property and public welfare.