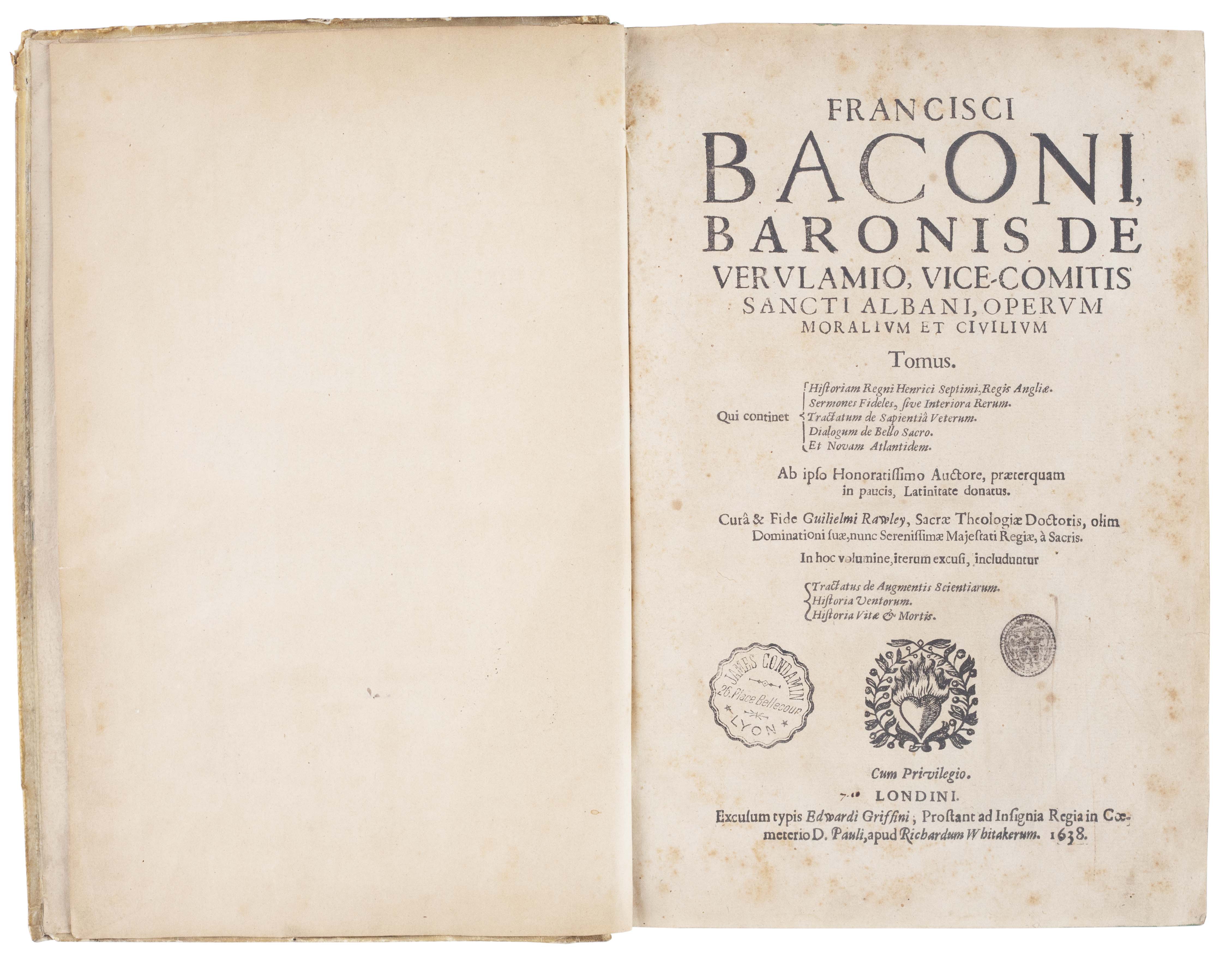 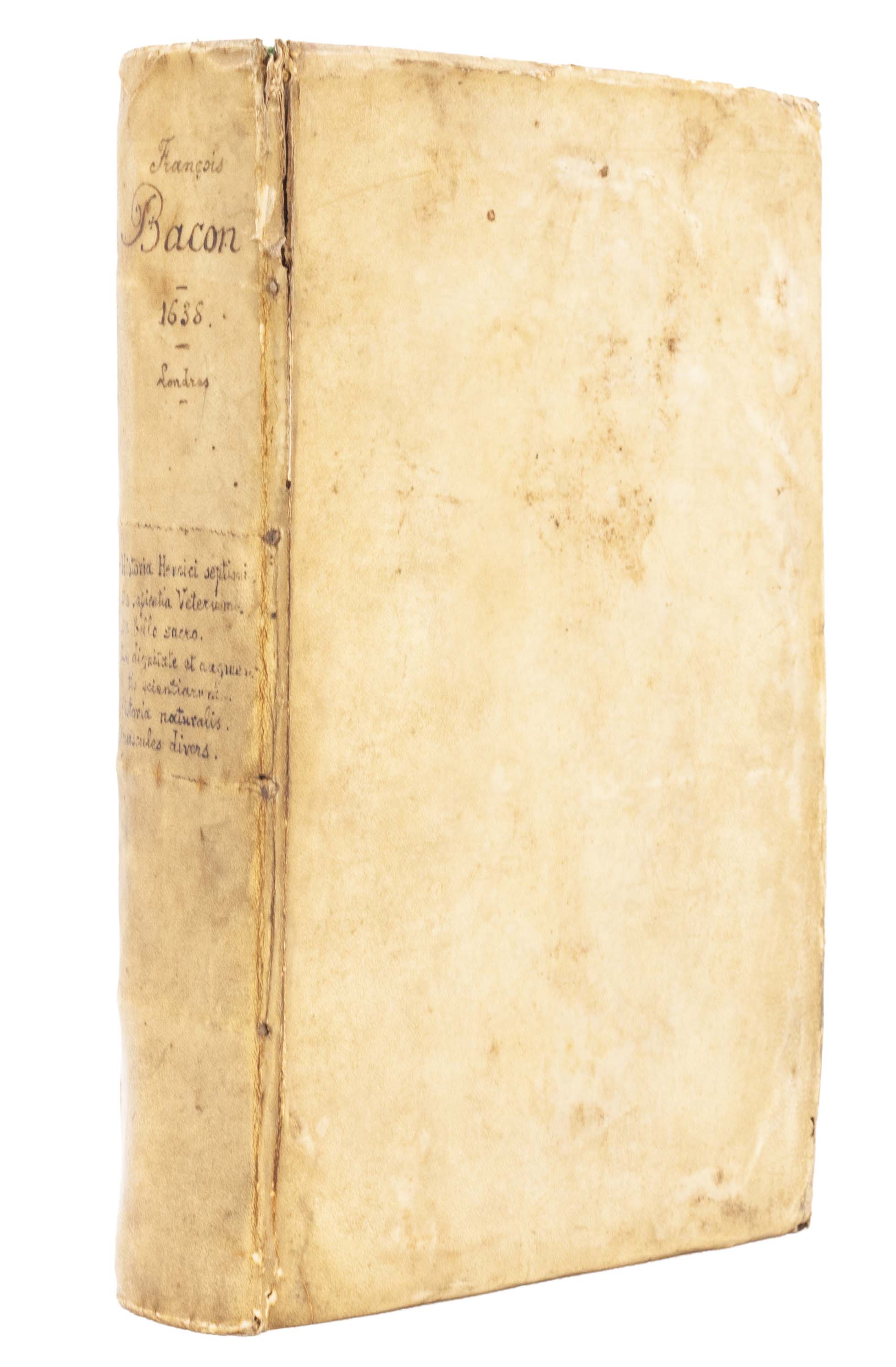 This was the first appearance in Latin of Bacon’s historical, moral, political, and philosophical works. Edited by William Rawley (c. 1588–1667), who served as Bacon’s chaplain and ‘amanuensis, or daily instrument’ (ODNB), the book opens with Bacon’s work of humanist historiography, The History of Henry VII, dedicated to Charles I as Prince of Wales, and encouraging its royal reader to seize the opportunities offered by fortune. Then follow the Essays, Bacon’s most popular work, here numbering fifty-six, from De veritate to De vicissitudine rerum. The De sapientia veterum then collects and interprets thirty-one ancient myths, including those of Cassandra, Orpheus, Prometheus, and Icarus, and is followed by Bacon’s unfinished treatise on ‘holy war’, Dialogus de bello sacro. The first part ends with the utopian Nova Atlantis, in which Bacon describes an island society and its scientific community. The second part comprises The Advancement of Learning, with its powerful defence of the importance of learning in all aspects of life, its survey of the state of human knowledge, and suggestions for improvement, as well as Bacon’s natural-historical work on winds, Historia ventorum, and treatise on life and death, Historia vitae et mortis. A third part appeared only when a second issue was later published.

Provenance: from the Albani Library of Urbino and Rome, the core of which was acquired in 1714 by Pope Clement XI Albani from the famous collector, personal secretary to Cardinal Barberino and member of the Academia dei Lincei, Cassiano dal Pozzo (1588–1657), the assembler of the famed Paper Museum now in the Royal Collection.

It seems very likely that this book had been acquired by dal Pozzo. Since the halcyon years of the Lincei, he had been a keen promoter of international harbingers of the ‘new science’. During Barberini’s French mission, dal Pozzo wrote to fellow bibliophile and Lincean Johann Faber about the great impression he had received from Bacon’s works, and of his desire to induct Bacon into the Accademia: ‘A book has come into my hands by an author whom, if he were not in England, I would like us to make every effort to recruit; it is the author who has published Essays and De sapientia veterum, Francis Bacon, who less recently also published De dignitate et augmentis scientiarum, a splendid work from which great benefit can be derived for the advancement of speculation in all the sciences […]’ (quoted in Galluzzi, The Lynx and the Telescope (2017), p. 338). He owned the 1618 Italian translation of some of Bacon’s works – this is attested in the (rather summary) catalogue of the dal Pozzo books prepared at the time of the Albani acquisition. Such an enthusiastic admirer is unlikely to have missed the publication of Bacon’s work in Latin, the universal language of science at the time.

The library continued to thrive after the acquisition, and subsequently in the possession of Clement XI’s nephew Cardinal Alessandro Albani (1692–1779), of Cardinal Gianfrancesco Albani (1720–1803), and of Cardinal Giuseppe Albani (1750–1837). The dispersal of the library started with the French invasion in 1797; it was subsequently sold in various stages, both privately and through public auctions, including the unfortunate portion sold to the Prussian Government in 1862, sadly lost when the ship transporting it sank off Gibraltar (see Clought, ‘The Albani library and Pope Clement XI’ in Librarium: Revue de la Société Suisse des Bibliophiles 12 (1969), pp. 11-21, and Hobson, Apollo and Pegasus: An Enquiry into the Formation and Dispersal of a Renaissance Library (1975), pp. 119-121). The book came later into the possession of James Condamin (1844–1929), priest and professor of literature at the Catholic University of Lyons. 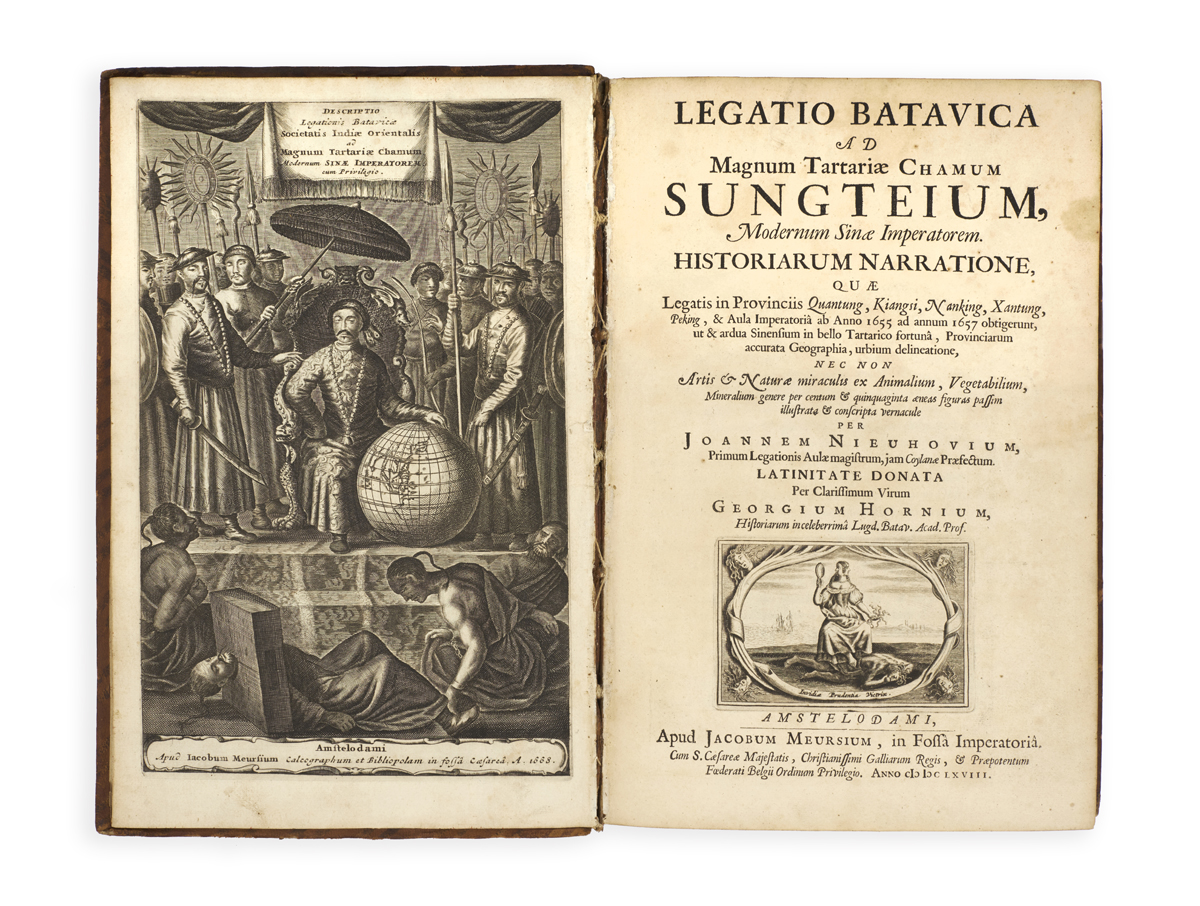 First edition in Latin, beautifully illustrated, of Nieuhof’s account of his travels in China between 1655 and 1657, one of the most important early modern non-Jesuit studies. 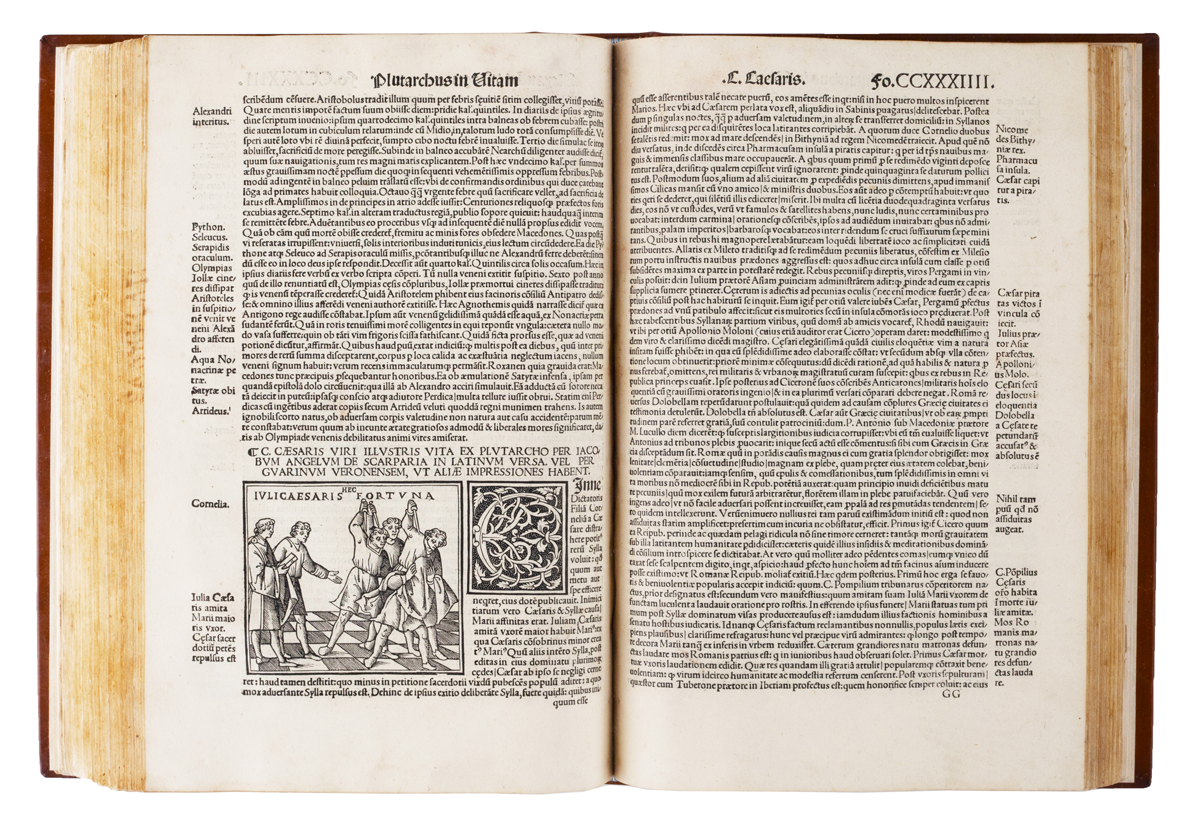