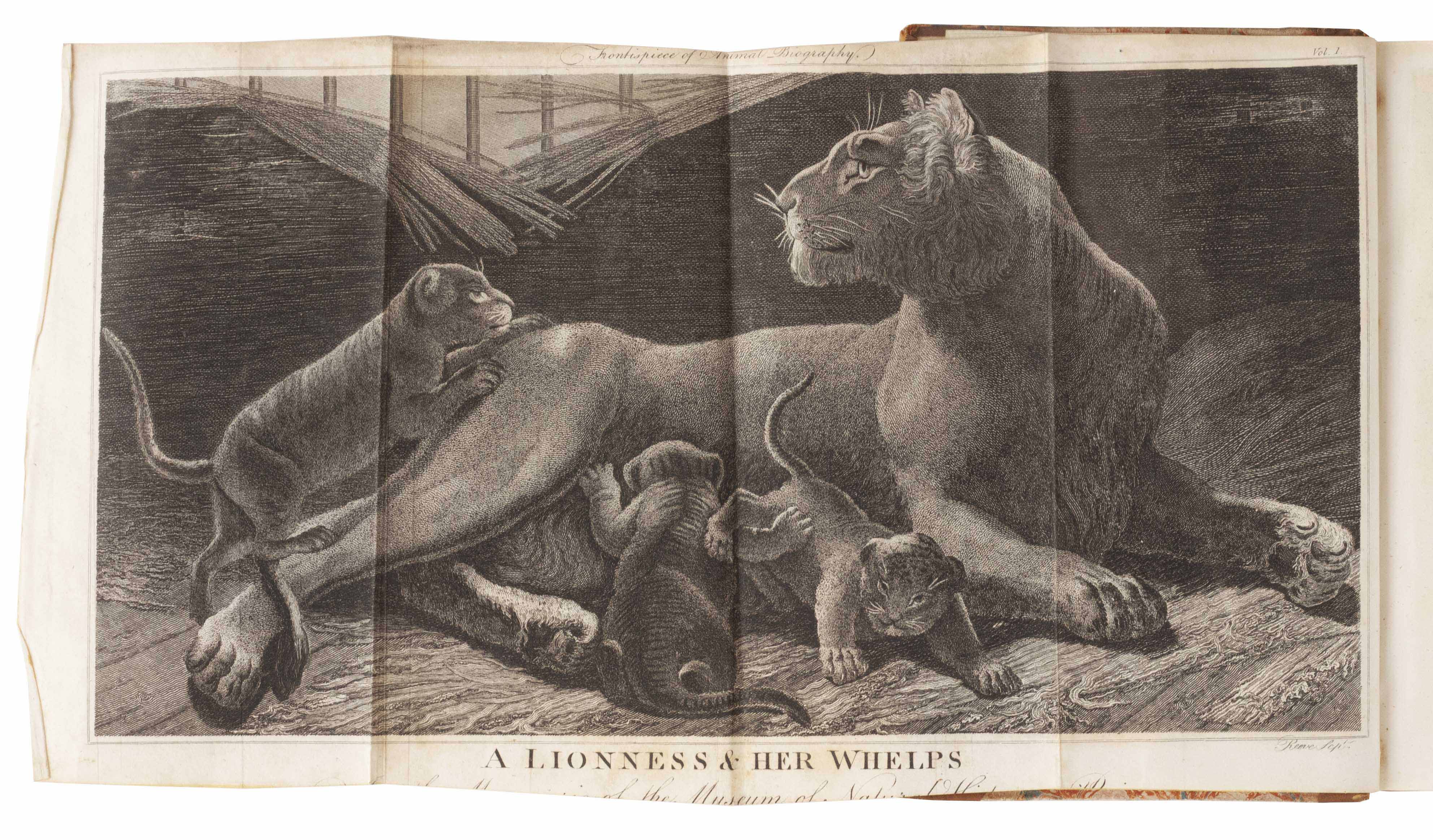 Added to your basket:
Animal Biography, or authentic Anecdotes of the Lives, Manners, and Economy of the animal Creation, arranged according to the System of Linnaeus … third Edition, with considerable Additions and Corrections.

Third edition of Bingley’s most popular zoological work. First published in 1802, the Animal Biography provides accounts of the form and behaviour of a wide variety of mammals, birds, fish, and insects.

The present set is curious for the inscription of its first owner, George Traherne, who evidently inscribed his name both before binding (on the titles, now trimmed) and after (on the pastedowns).

The Works of Aristotle, the famous Philosopher. In four parts. Containing, I. His complete Master-Piece: Displaying the Secrets of Nature, in the Generation of Man. To which is added, The Family Physician… II. His Experienced Midwife: Absolutely necessary for Surgeons, Midwives, Nurses, and Child-bearing Women. III. His Book of Problems… IV. His Last Legacy… A New and improved Edition.

A very rare edition of the four popular pseudo-Aristotelian manuals on procreation, gestation, and childbirth, with a contemporary female provenance.