First edition. Bolzani, originally from Como in Italy, was a picture- and print-dealer in Berlin who also ran a successful silkworm cultivation enterprise. His book deals with all aspects of sericulture. Bolzani was especially keen to have Prussian state funding for silkworm cultivation and corresponded in that matter with various Prussian officials.

The frontispiece to the work is presumably a reproduction of a print Bolzani had in stock when the book went to press. Curiously its subject matter has no connection with sericulture. The folding litho at the end illustrates the instruments used in silkworm cultivation.

RLIN only locates the Michigan copy; not in OCLC.

Second edition (with three extra plates) of this exhibition catalogue of ancient artefacts excavated from Pompeii and Herculaneum on display at the Real Museo Borbonico (today Museo Nazionale) in Naples, and here illustrated and described by its curator, Carlo Ceci. The plates display a mixture of decorative bronzes, ornamental armour and weaponry, votive offerings, as well as more mundane items such as tools. Ceci was particularly interested in everyday objects used by Roman women, such as kitchen utensils, cosmetics, and toiletries. 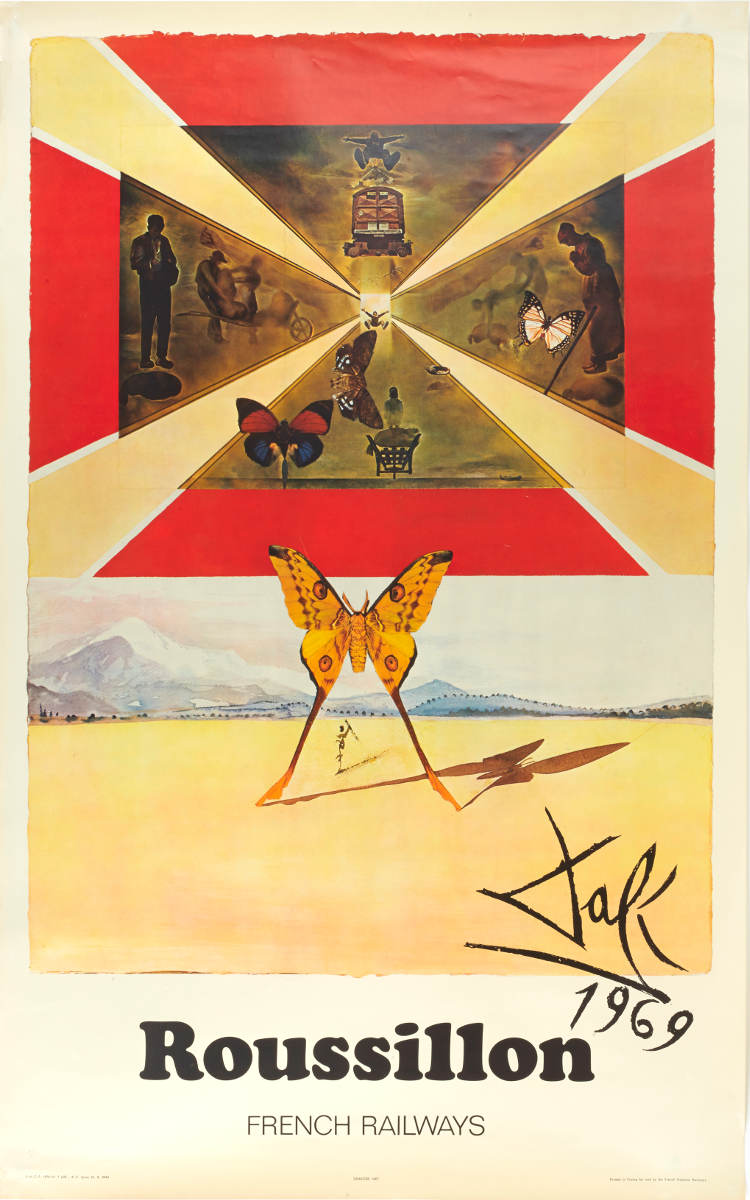 Further butterfly-interspersed surrealism for SNCF, this time for the Roussillon
region, featuring a stylised cross of Languedoc above a beach scene against a
mountainous backdrop