Added to your basket:
Feeding the Mind ... With a Prefatory Note by William H. Draper.

First edition in book form, wrappers issue. ‘A short paper or lecture delivered in Oct. 1884 in the Derbyshire vicarage of Alfreton before a public audience. It is a comparison of feeding the mind with feeding the body in such points as proper food at proper intervals (a “fat mind”), mastication by thinking over what is read, and mental appetite, all pervaded with quiet humour. Mr. Draper explains that the MS. Was handed to him by the author, and occasionally read out at Christmas time to friends’ (Williams, Madan, Green, and Crutch). Typical of Carroll’s admonitions is this: ‘Mental gluttony, or over-reading, is a dangerous propensity, tending to weakness of digestive power, and in some cases to loss of appetite: we know that bread is a good and wholesome food, but who would like to try the experiment of eating two or three loaves at a sitting?’ (p. 20).

The text was first published in the May 1906 issue of Harper’s Monthly Magazine in New York, before being published in book form in 1907 in wrappers at 1s (as here) and in limp gilt leather covers at 2s. 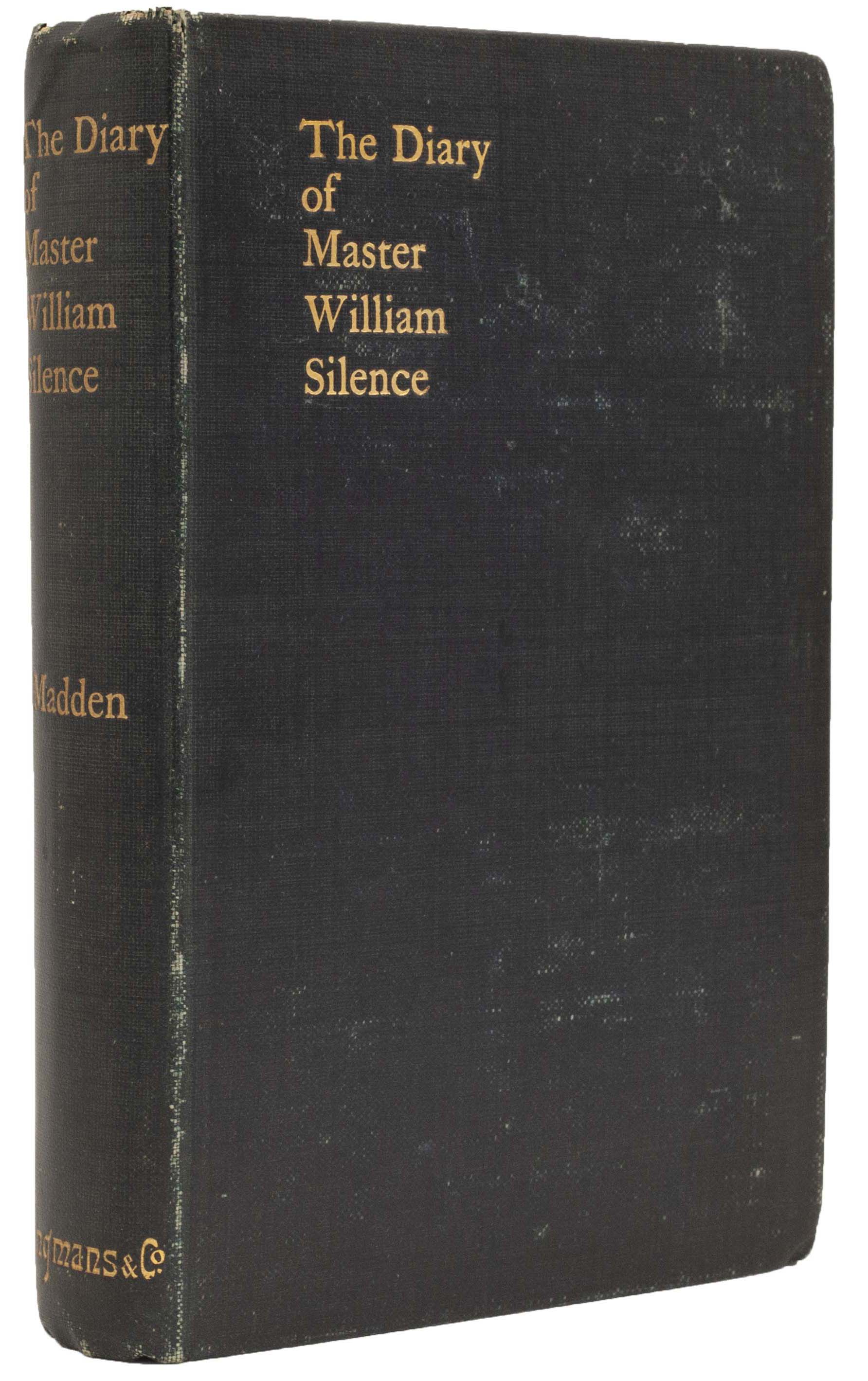 The Diary of Master William Silence: A Study of Shakespeare & of Elizabethan Sport.

First edition of Madden’s reimagination of Elizabethan sport, derived from passages from Shakespeare. Though a legal writer and prominent jurist, being appointed attorney-general of Ireland in 1889, the best known publication of Dodgson Hamilton Madden (1840–1928) remains the Diary of Master William Silence, an unusual composition examining hunting in Elizabethan England by weaving extracts of Shakespeare’s various plays and sonnets into a narrative adorned with a broad array of erudite references, with a substantial section on equestrianism and an essay on ‘the critical significance of Shakespeare’s allusions to field sports’.

The genuine tryal of Dr. Nosmoth, a physician in Pekin; for the murder of the Mandarine Tonwin…

First edition, a satire, putting Dr. Nosmoth, aka Thomas Thompson, on trial for causing the death of ‘Mandarine Tonwin’, aka Thomas Winnington, the Paymaster of the Forces. The somewhat shady circumstances surrounding the death soon attracted the attentions of Society gossip, including being discussed by Horace Walpole, who narrates the history of the affair in a letter to Sir Horace Mann, on April 25, 1746.