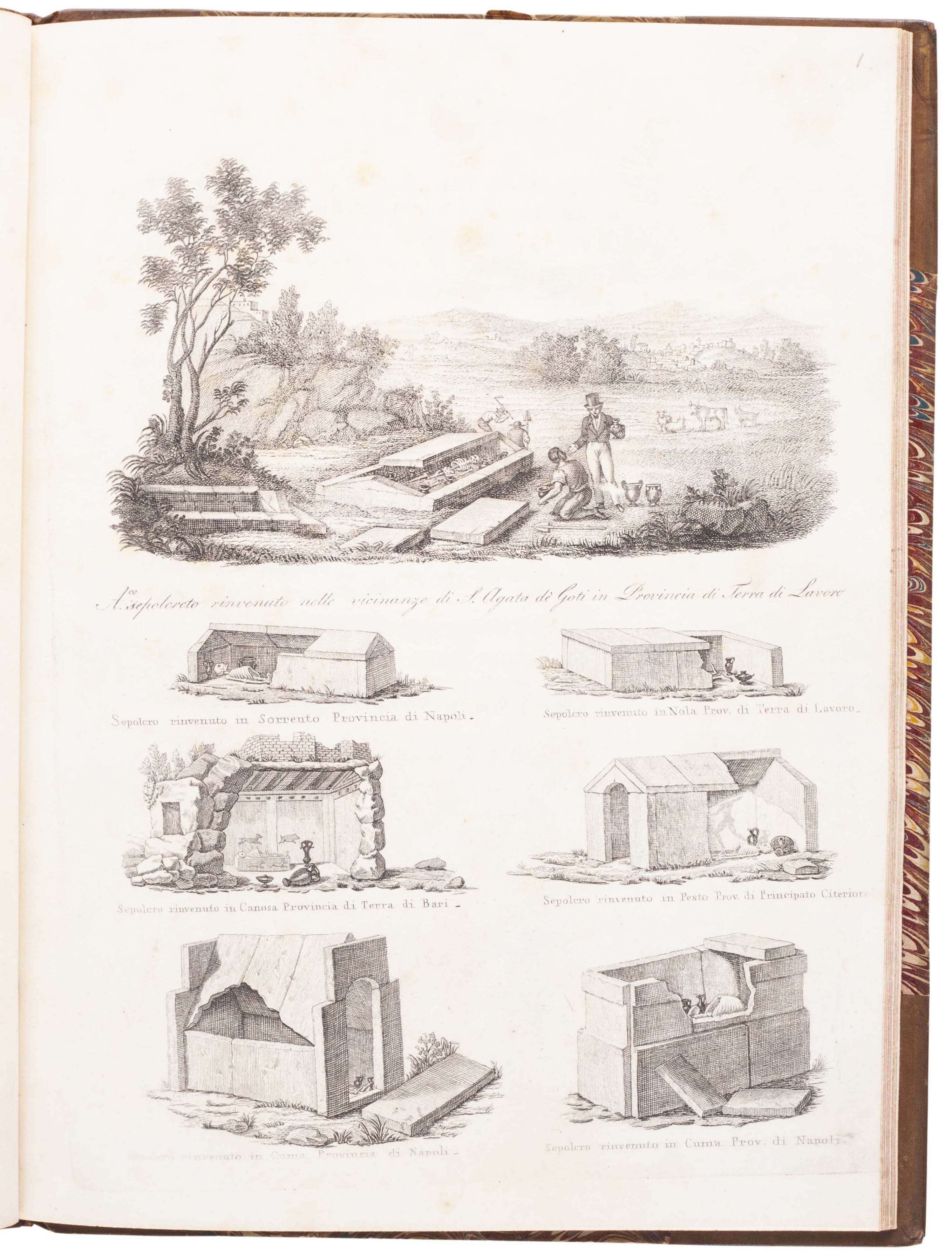 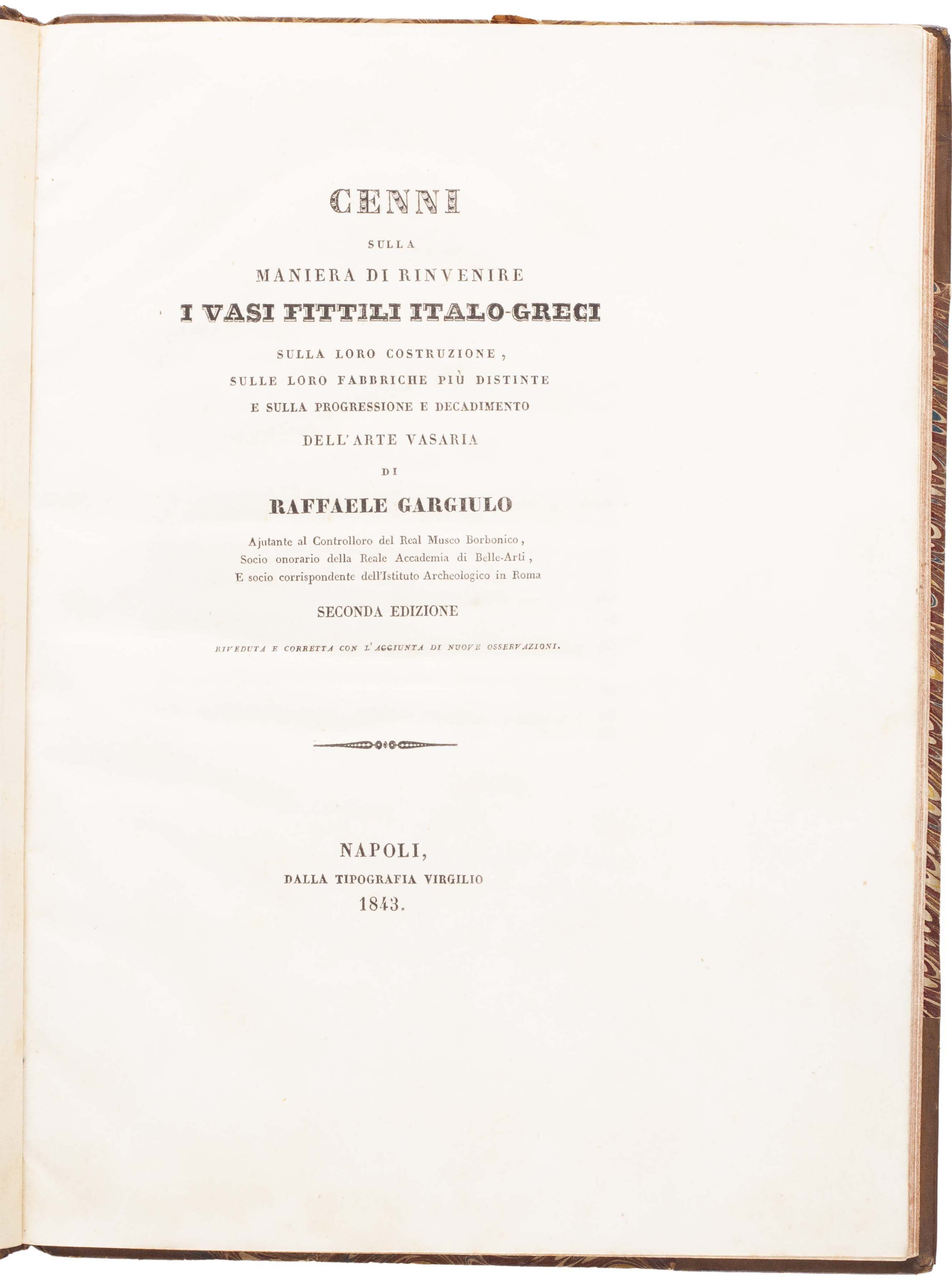 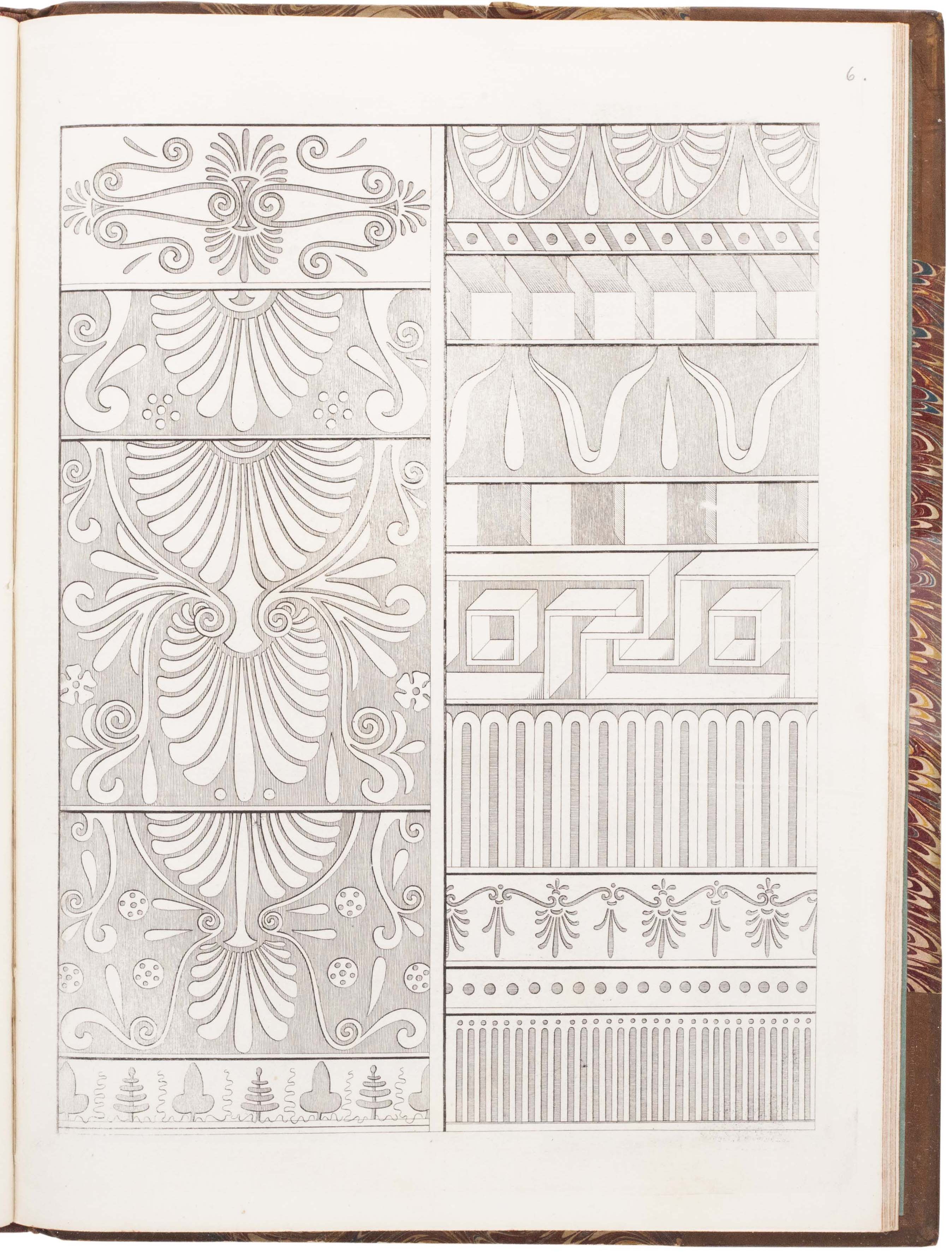 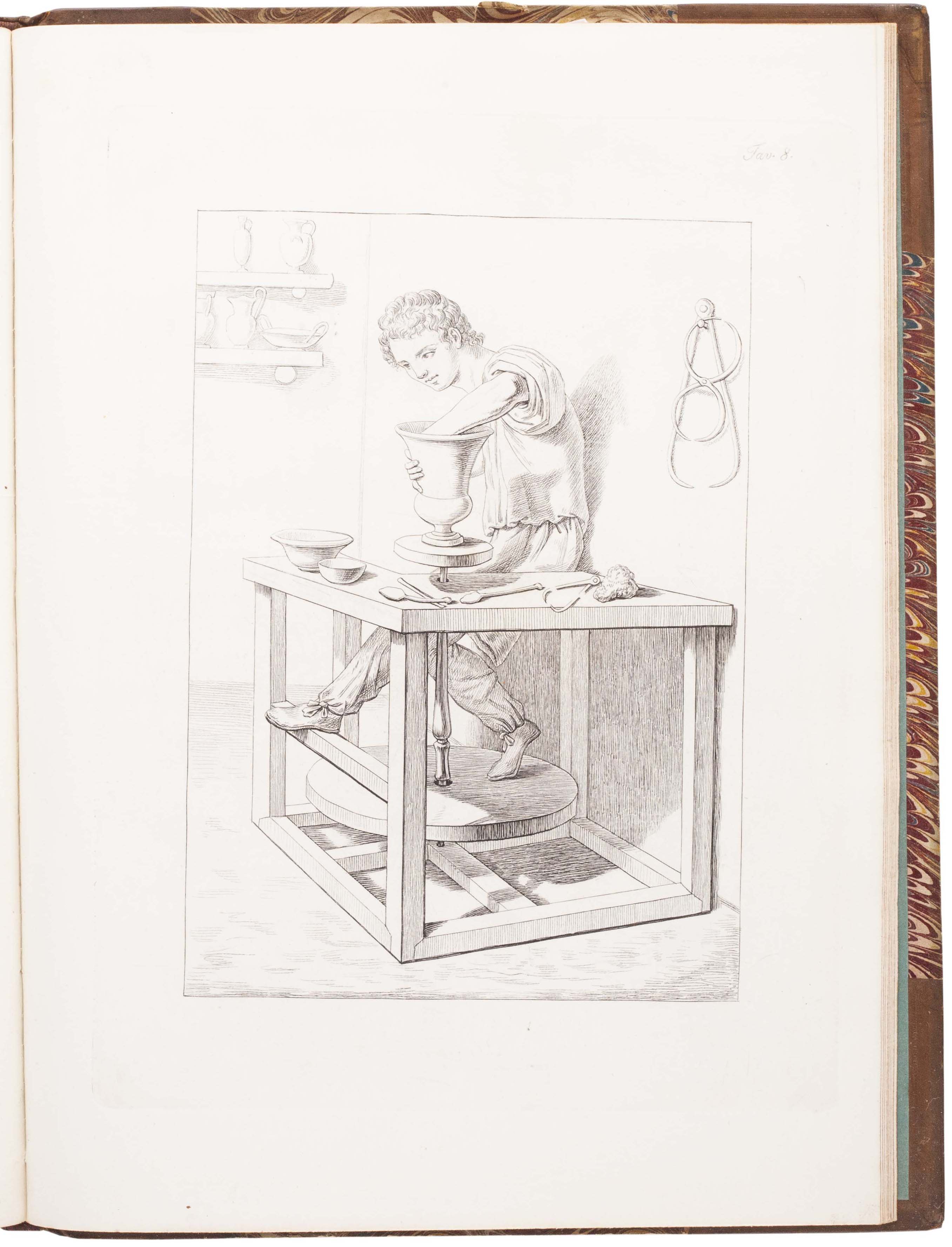 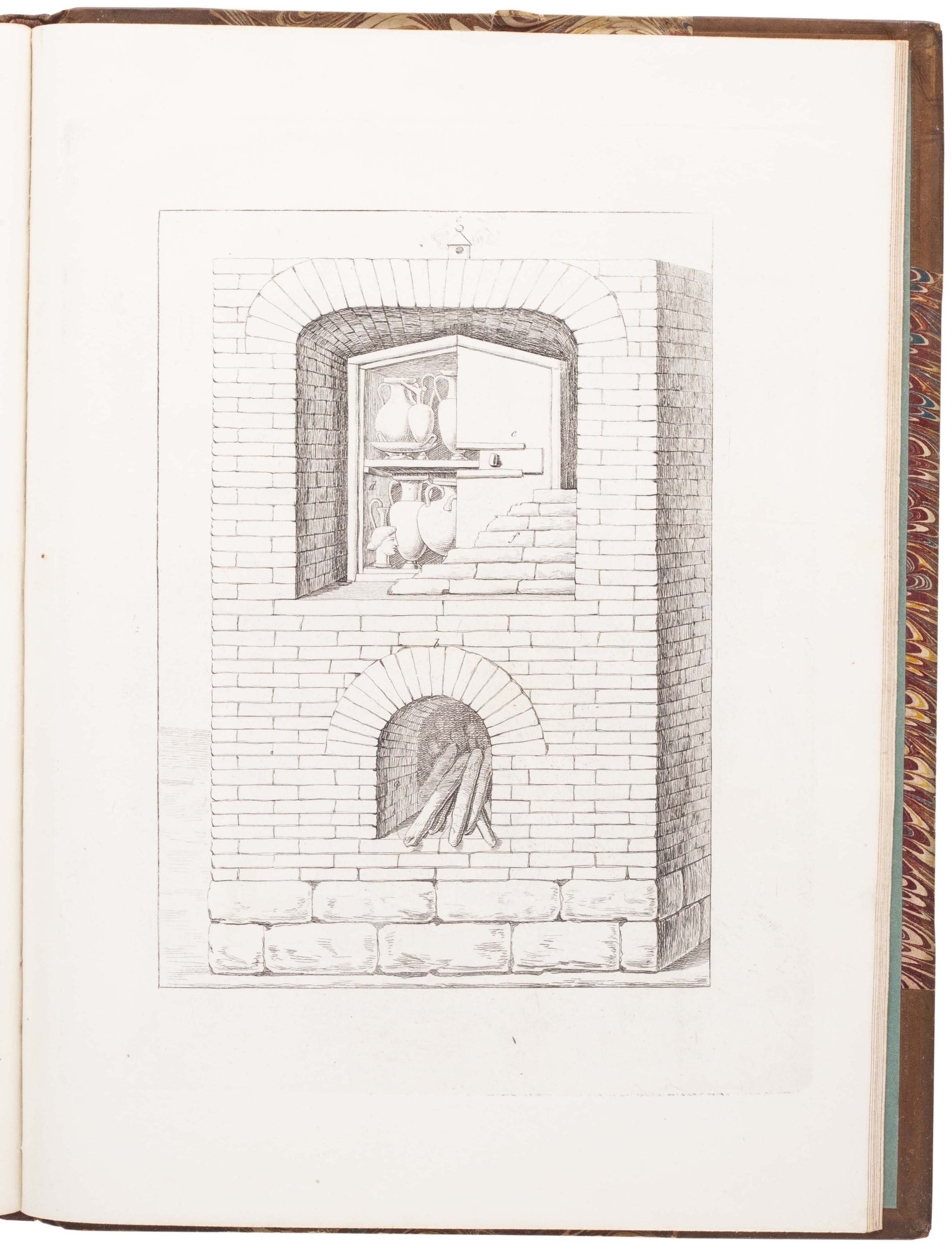 Raffaele Gargiulo (1785–1870) was an Italian curator and restorer of art at Naples’ Real Museo Borbonico, as well as an art dealer in the Naples antiques market. Much of his work involved the restoration of vases, which, following the techniques of the time, he would often repair in part by using shards from other vessels and in part by manufacturing further shards to fit. Here Gargiulo imparts some of his wisdom on these matters, offering an early description and discussion of the restoration of ancient Roman and Greek vases.

A very rare series of plates illustrating fresco designs for trompe-l’oeil ceilings in the Roman style. The series is a fine example of the work of Nicolas-Pierre Loir (1624–1679), both in his engraving and his interior design (according to some scholars, the plates may have been engraved by Nicolas Loir’s brother Alexis, although Guilmard attributes both design and engraving to Nicolas). Heavily influenced by Poussin, whom he had met when visiting Italy in the 1640s, Nicolas Loir played a significant role in promoting his academic classicism in France. Close to the royal court, Loir was recommended to the Académie Royale de Peinture et de Sculpture by Louis XIV and Charles le Brun, painted for royal projects including the Tuileries and Versailles, and received a regular pension from the King from 1668.