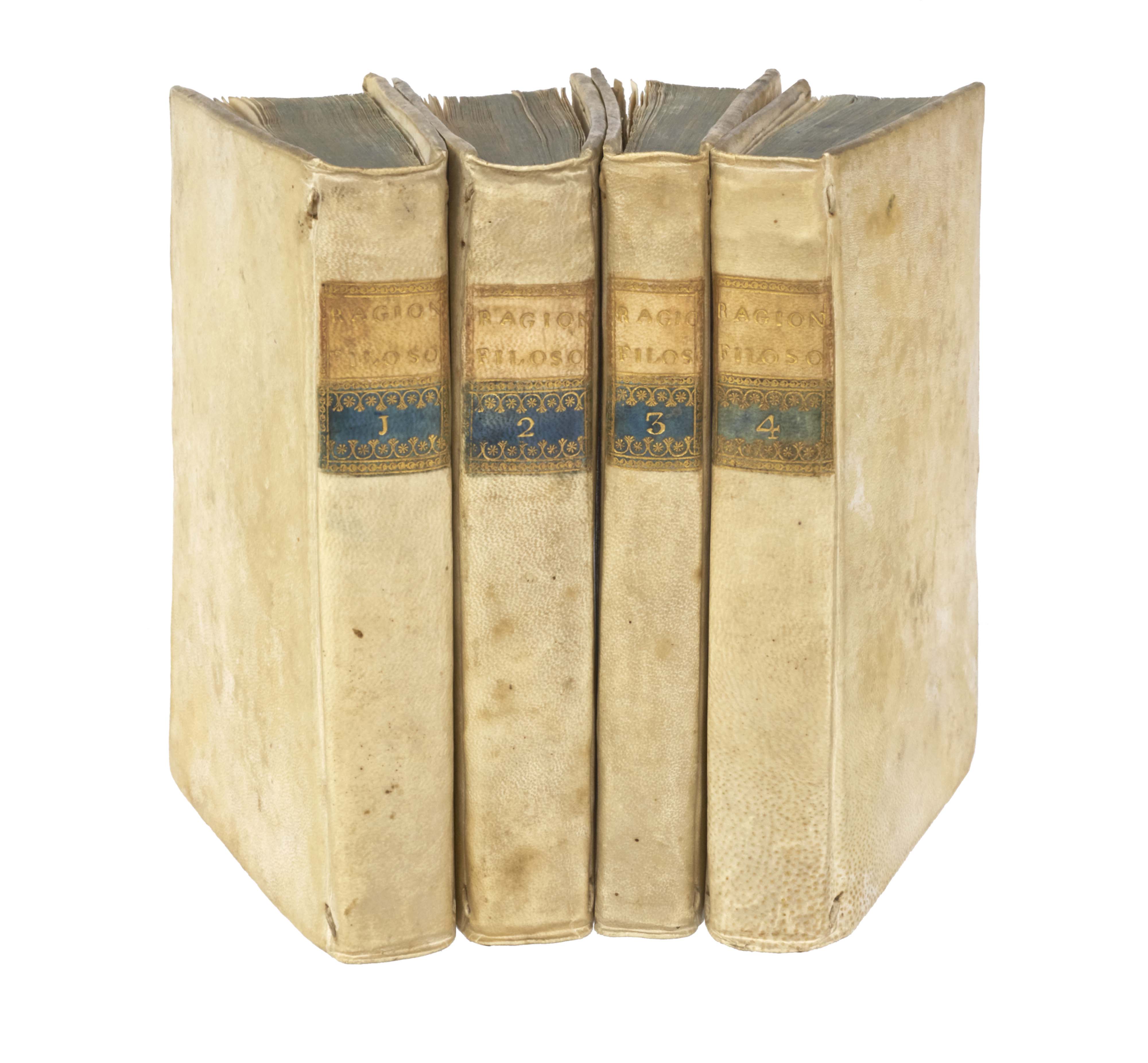 Added to your basket:
Ragionamenti filosofici.

Only edition, very uncommon, of this collection of 33 essays on scientific and philosophical subjects, published with the aspiration to provide a complete course of physics and philosophy. The work is divided into four parts. The first deals with materialism and idealism, the physical attributes of bodies, forces, gravity and attraction, mechanics, hydrostatics, meteorology, and fluid mechanics; the second with anatomy, circulation, the classification and organisation of plants and animals, the senses, electricity, atmospheric and astronomical phenomena, Newtonian colour theory, optics, and heat. In the third volume, we find cosmology, the planets and constellations, the use of the armillary sphere, the equator and tropics, solstices and equinoxes, the poles, the antipodes, and the climate; the work also discusses the systems of Ptolemy, Tycho Brahe, and Copernicus, the last of which is described in detail, while the volume concludes with studies of comets, and those who live on them.

The final volume turns to metaphysics, but maintains its scientific flavour. Discussing dialectics, perception and epistemology, and logic, the volume examines Aristotelian ontology, the philosophy of Leibniz, the nature of certainty and of judgement, the existence and nature of the soul, the mind-body problem (drawing especially on Leibniz and Malebranche), and the possibility of innate ideas. The author goes on to explore the possibility of animals having souls, and the possibility of and nature of God. Throughout, the work draws on authors ranging from Epicurus to Locke, Aristotle to Newton, as well as Halley, Boscovich, and Boethius among many others.

Little is known of the author, whose name appears in the dedication; the Efemeridi letterarie di Roma of December 23rd 1786 suggests he is the Abate Marchese D. Giambattista Lascaris, whose appears to have died in 1795.

OCLC does not record any copies outside Continental Europe. 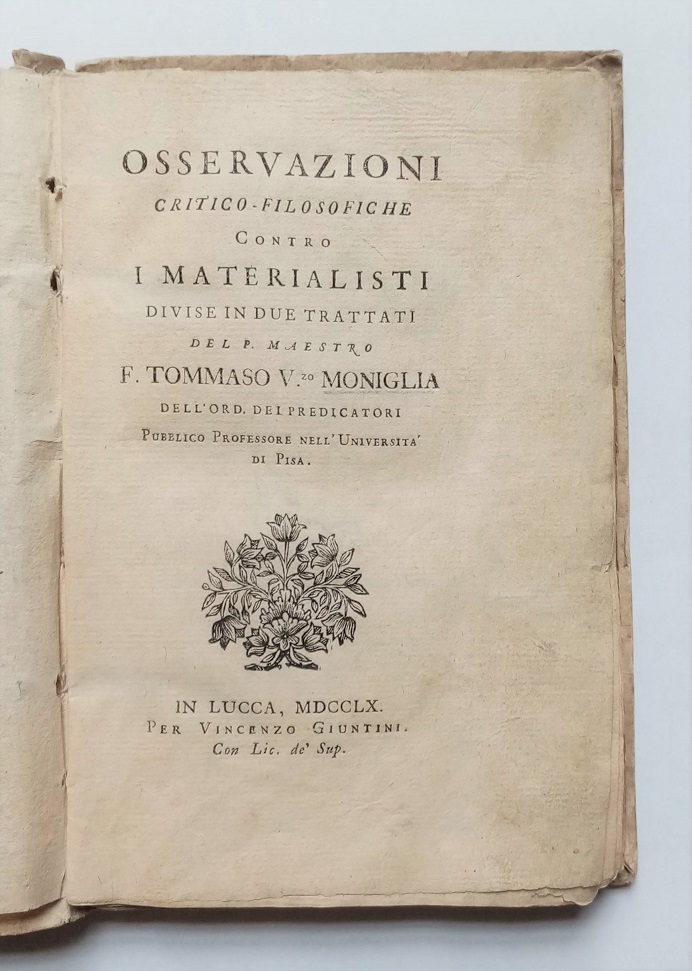