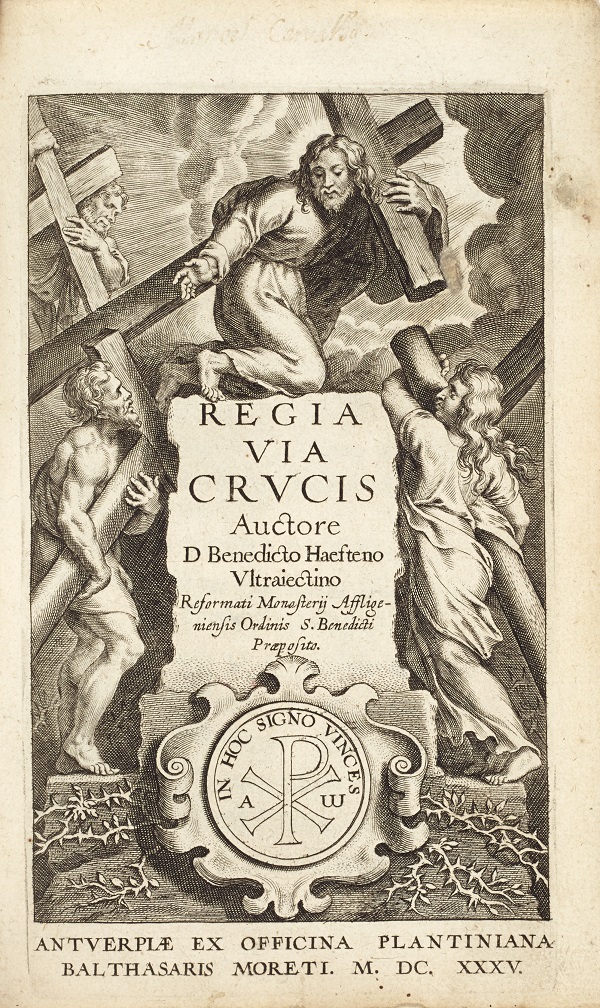 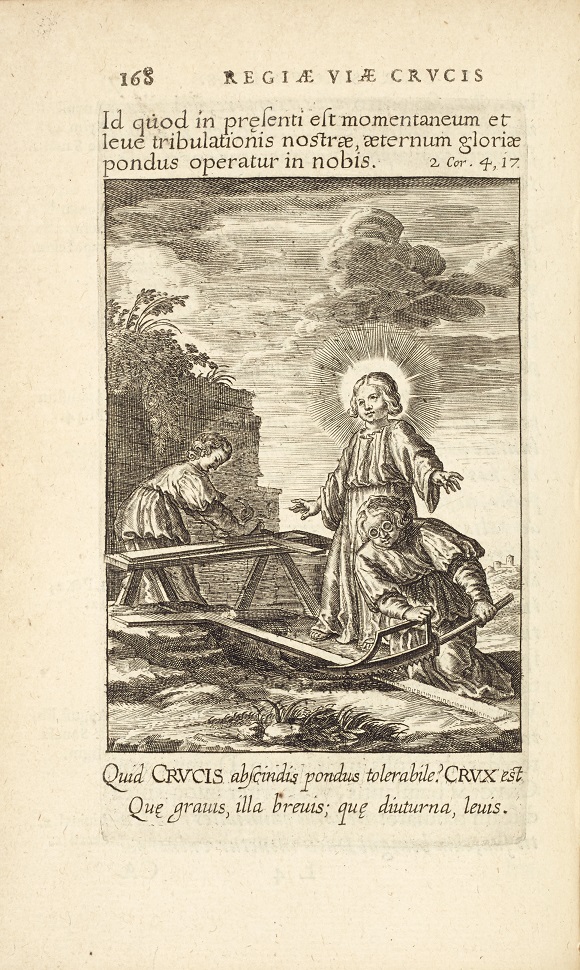 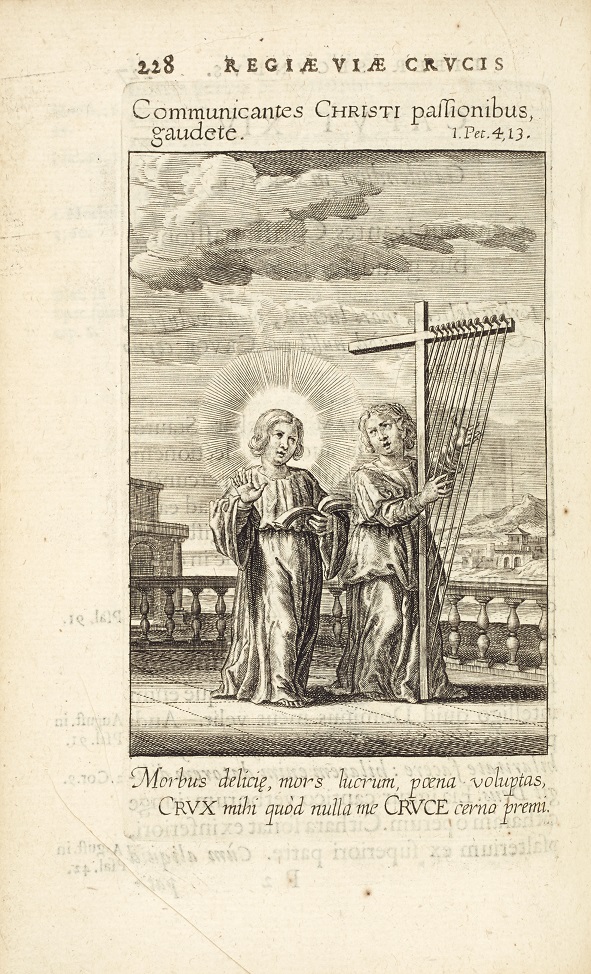 Added to your basket:
Regia via crucis.

First edition of an important counter-reformation devotional emblem book, with a title-page designed by Peter Paul Rubens. Haeften (1588-1648) was provost of the Benedictine abbey of Affligem, Belgium, and played an important role in the reform of the Benedictine order. The Regia via crucis was his most important work, running to over 40 editions, including translations into Dutch, French, Spanish and other languages. The work was intended ‘to provide the (Catholic) reader with a good understanding of the significance of the Stations of the Cross, to inspire imitation of Christ’s example, and thereby to become acquainted with the way to the Kingdom of God. The rather abstract spiritual journey that the human soul had to make towards this goal is made more concrete by the ... selection of such principal figures as the Virgins Anima – the personification of the human soul – and Staurophila – a Greek name that literally means the one who adores the cross. Their experiences in the imitation of Christ and the resulting lessons of life were nothing else but allegorical examples that were to lead every reader to the just and good. The engraved illustrations are very important in this regard as they support the meaning of the text in a simple and clear emblematic manner.’ (The illustration of books published by the Moretuses p. 118-9).

Haeften commissioned Rubens to design the title-page, which was engraved by Cornelis Galle at the artist’s request. When shown the initial design, Haeften protested that St Teresa of Avila, shown on the right, was insufficiently dressed, and she was duly clothed more fully. The 38 engravings within the text were executed by the atelier of the Galle family. In the same year as the publication of the Regia via crucis, Haeften commissioned Rubens to paint a large altarpiece of Christ carrying the cross for the main altar of the church of the Abbey of Affligem.

PETERLOO, WITH A COLOURED ETCHING OF THE MASSACRE [PETERLOO MASSACRE.]

Peterloo Massacre, containing a faithful narrative of the events which preceded, accompanied, and followed the fatal sixteenth of August, 1819 … including the proceedings which took place at the inquest at Oldham, on the body of John Lees, who dies in consequence of wounds and bruises received at the above time and place … Edited by an observer.

First edition, collected from the 14 original parts with a title-page and introduction dated 6 December 1819. No. 1 is the ‘second edition, corrected’; No. 2 is possibly a second edition as it advertises the re-printing of No. 3 at the end.

Very rare first and only edition of this Reformed Postilla in Low German, translated by Tobias Pezel, the preacher and theologian son of another famous Reformed theologian and promoter of the Confession in Nassau and Bremen, Christoph Pezel.