Added to your basket:
Französische Zustände.

First edition in book form of a series of newspaper articles, first published in the Augsburger Allgemeine Zeitung, discussing cultural and political developments in France. It was Heine’s first work of political journalism. 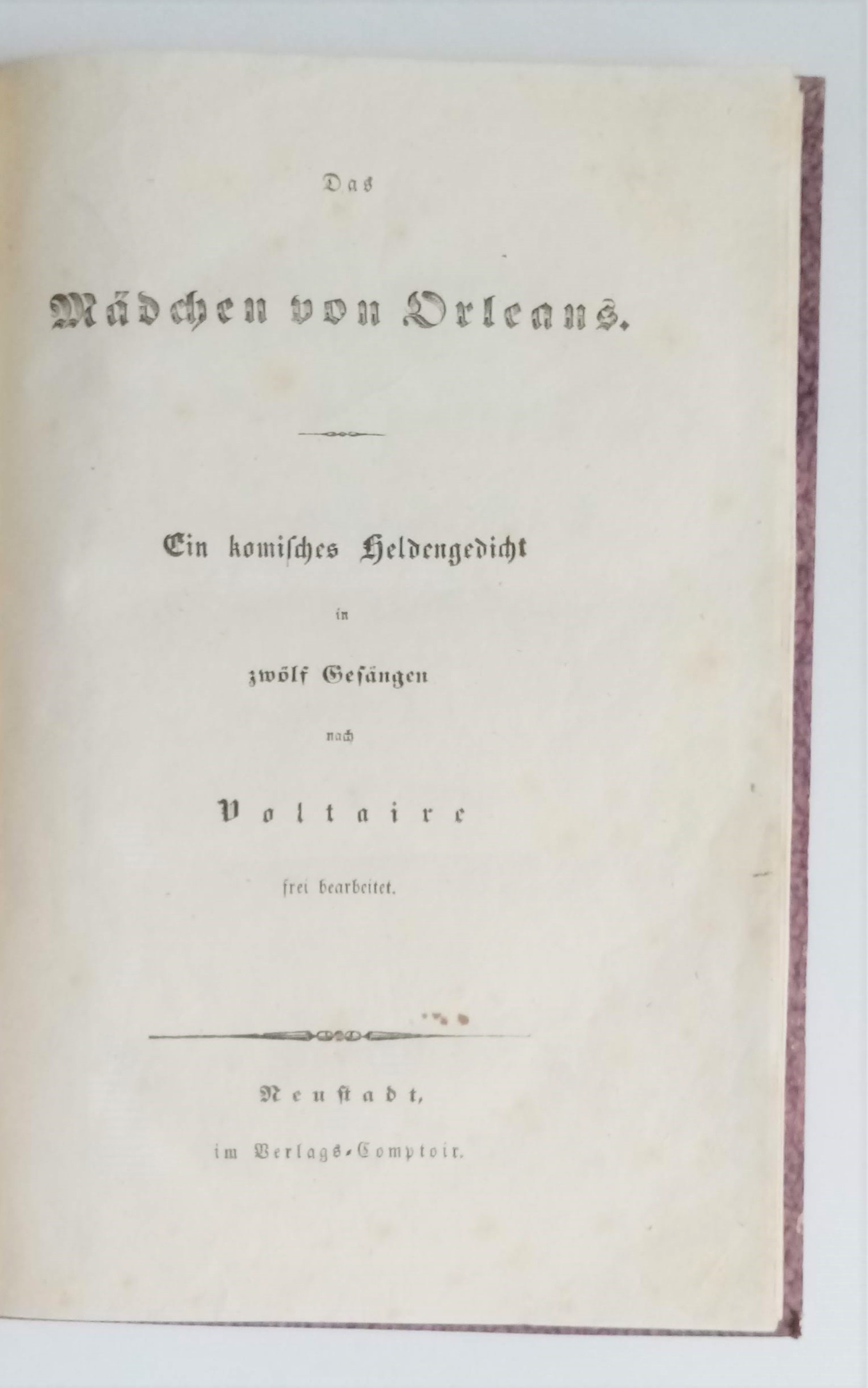 A good copy of this very rare German rendition of Voltaire’s La Pucelle d’Orleans. Fromm gives the date as around 1865 (and the place of publication as Hamburg), the online Staatsbibliothek catalogue (the only copy listed by KVK) as c.1830. The translator remains anonymous.

SATIRICAL MAGAZINE FROM THE 1905 REVOLUTION ZRITEL’

A very rare number, confiscated by the authorities, of the very first of the satirical magazines to come out of the 1905 Revolution. 25 numbers were published, between 5 June and 11 December 1905, edited by Yu. K. Artsybyshev. Contributors include Fedor Sologub, and the artists Epifanov and Shestopalov, whose cover design for no. 24 is the ‘only work in 1905 to portray the alliance between worker, soldier and sailor’ (Cathy Porter, Blood & Laughter: Caricatures from the 1905 Revolution, London, Jonathan Cape, 1983, p. 38)