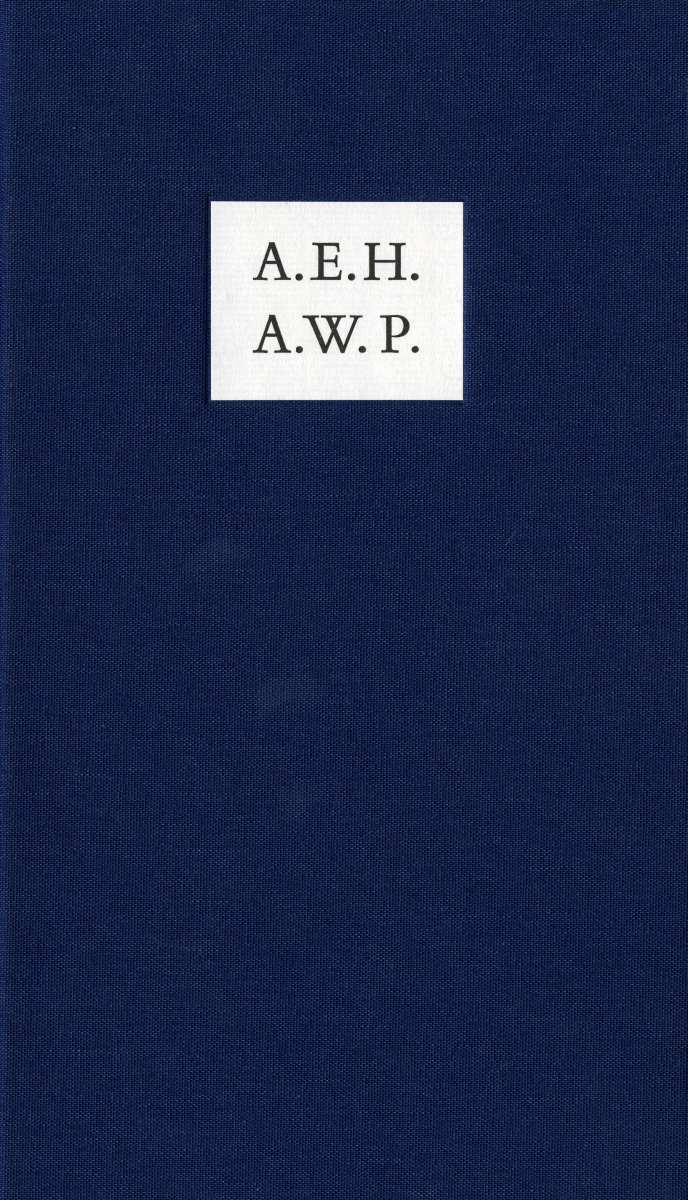 Added to your basket:
A.E.H. A.W.P.: a Classical Friendship.

Printing in full for the first time five letters from the poet and classical scholar A. E. Housman to A. W. Pollard, Keeper of Printed Books at the British Museum, this explores a friendship that was both intimate and formal. The story told by the book’s editor, H. R. Woudhuysen, begins with the exuberance of brilliant undergraduates at Oxford. Yet Housman’s mysterious failure to gain even a pass degree condemned him to a decade’s drudgery before he could take up academic life once more. In the meantime he contributed translations to Pollard’s Odes from the Greek Dramatists, and Pollard crucially suggested the title for his book of poems, A Shropshire Lad. Bibliographical exchanges follow, before Housman’s final short letter movingly harks back to Oxford days and reveals at last a lifelong emotional commitment. The edition is limited to 350 numbered copies, letterpress printed, with a tipped-in facsimile of Housman’s last letter to Pollard.

At First, All Went Well… & Other Brief Lives.