Essays on human Rights, and their political Guaranties.

‘Fifth thousandth’. A collection of ten essays by the jurist E.P. Hurlbut, refuting Bentham’s denial of human rights and tentatively advocating the enfranchisement of women: ‘There seems to be no escape from the claims of woman to the full rights of citizenship, whether she is considered as possessing the same nature with man or one peculiar and different. In the one case, she can claim to exercise the elective franchise of common right, and in the other, from a peculiar necessity.’ 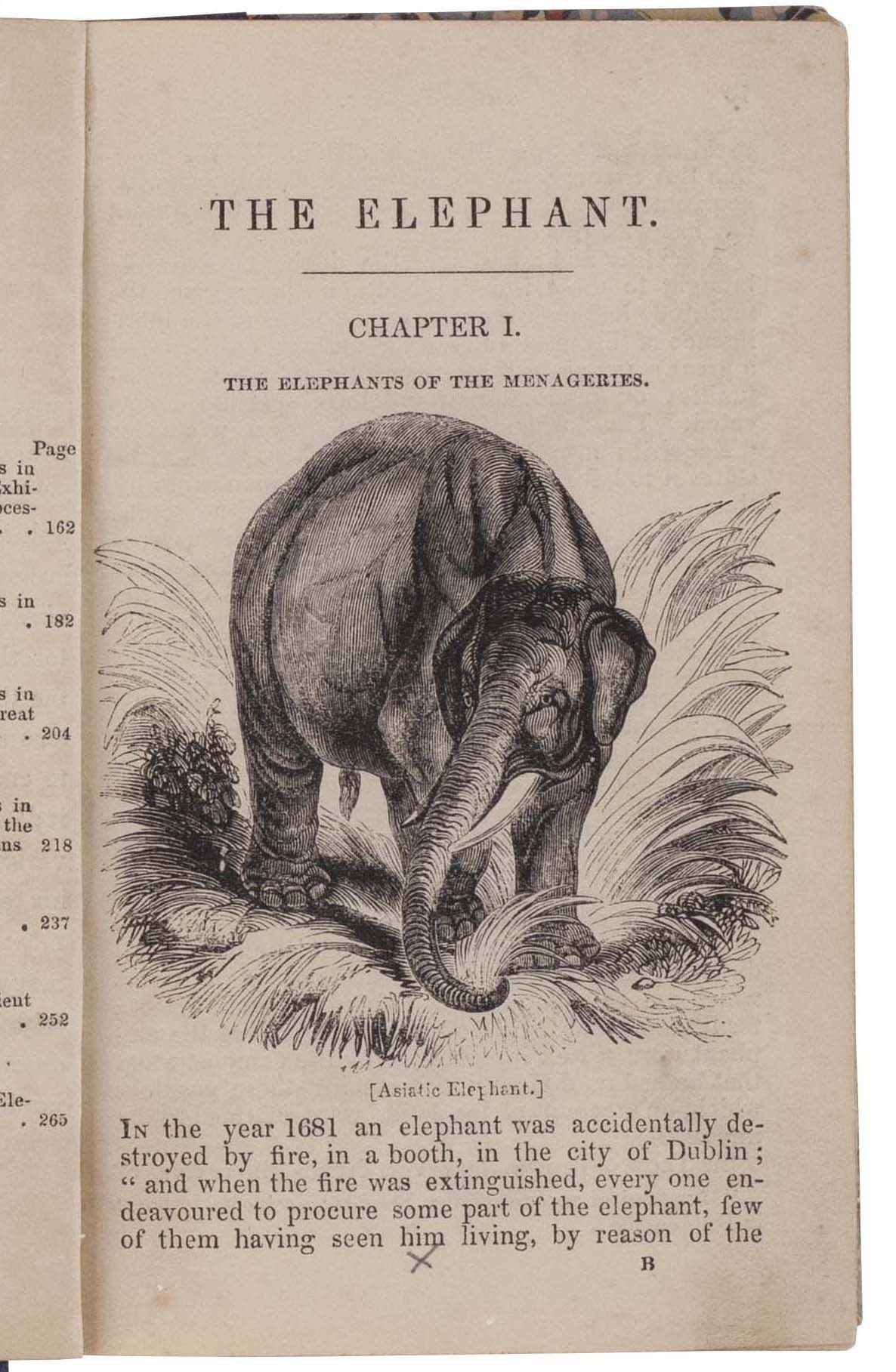 The Elephant, principally viewed in Relation to Man: A new Edition, revised by the Author.

First editions of treatises on the elephant and the horse, from Charles Knight’s Library of Entertaining Knowledge. The equine text gives accounts of horses and related species in several cultures and climes, and, with The Elephant, forms two works from a series of three, on ‘the three quadrupeds who have been the great instruments furnished by Divine Providence to Man, to enable him to “replenish the earth and subdue it”’ (2, p. vii). The treatise on elephants, attributed to Charles Knight (1791–1873) himself, was first published in 1830 in the first volume, titled Menageries, of the Library of Entertaining Knowledge, a series published by Knight for the Society for the Diffusion of Useful Knowledge as a complement to the Library of Useful Knowledge, to which Youatt’s animal treatises belonged.