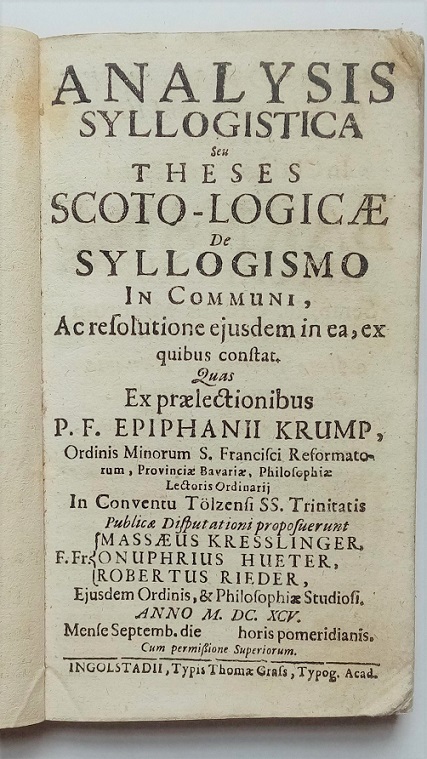 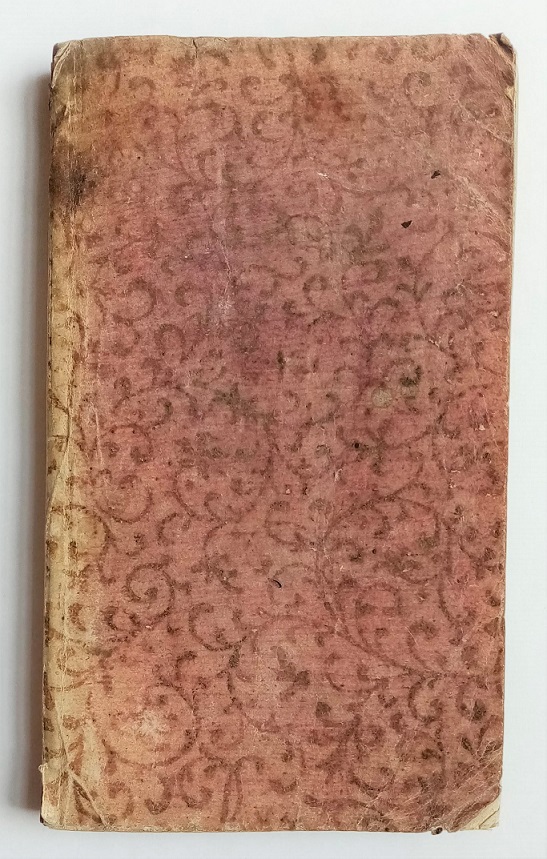 8vo, pp. [viii], 144; woodcut head- and tailpieces; aside from some occasional marking, clean and fresh throughout; in contemporary patterned wrappers; somewhat sunned and faded, head and foot of spine chipped, and some wear, but still a good copy.

Very rare thesis on the syllogism, by the Scotist Franciscan philosopher and theologian Epiphanius Krump, with students including Massaeus Kresslinger (1672-1742), who went on to publish a number of works on canon law and moral theology. Here, Krump discusses predicates, the basic rules of syllogisms, the structure of argument, and different types of fallacy.