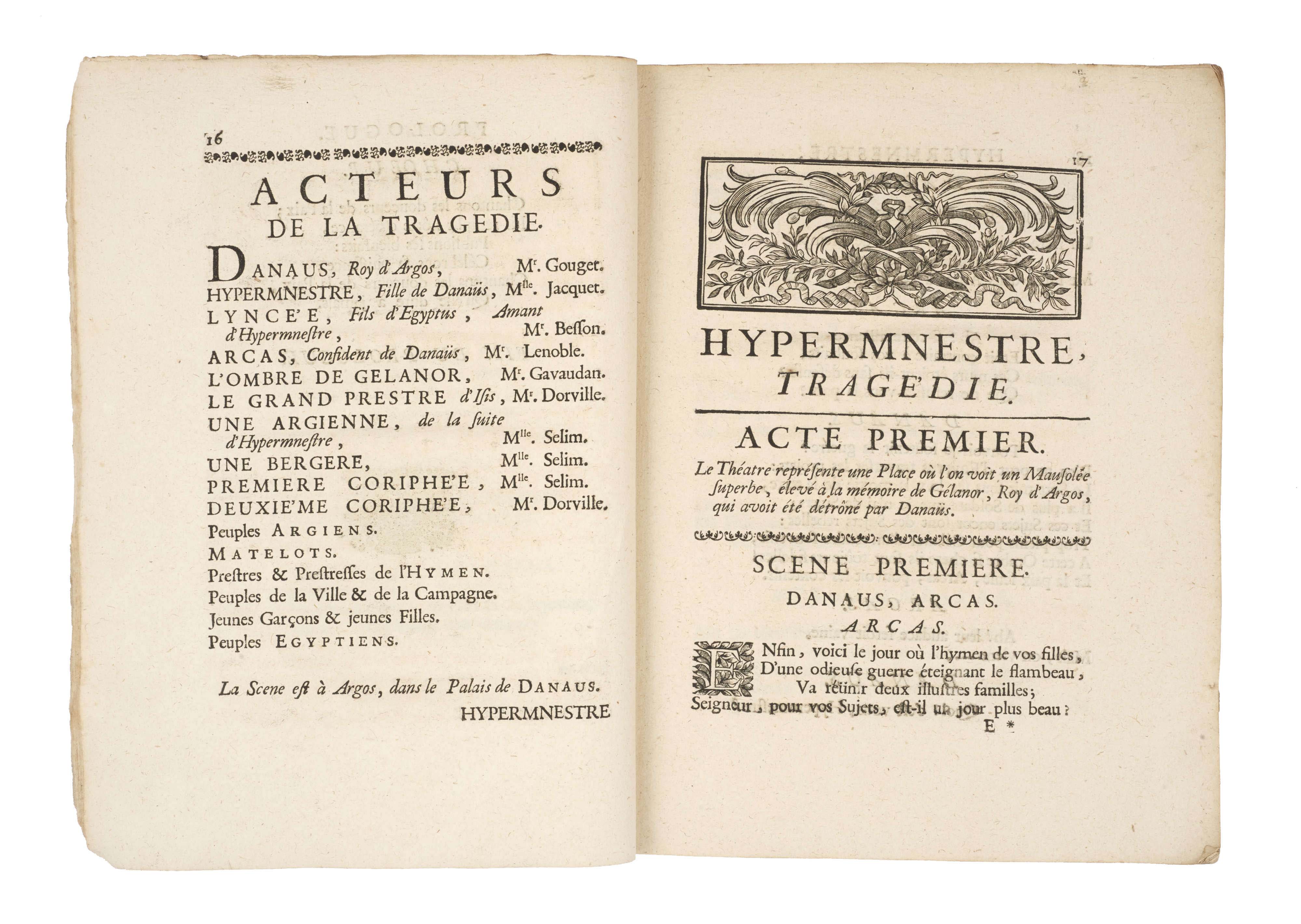 Very scarce Lyon edition of the libretto for the tragedy Hypermnestre by the French playwright Joseph de Lafont (1686-1725). First performed in 1716, with music by Charles-Hubert Gervais, the play was initially criticised for its fifth act, but after rewriting by abbé Simon-Joseph Pellegrin enjoyed considerable success both with the public and at court. Lafont died at the age of 39, succumbing to his affection for wine.

In 1742 Hypermnestre was performed for the first time at the Royal Academy of Music in Lyon, and this edition gives the names of the singers, actors and actresses who performed. The title role was played by Mlle Louise Jacquet (b. 1722) who began her singing career at the Paris Opera in 1738 and subsequently moved to Aix-en-Provence. An attractive portrait of her was painted by Jean-Etienne Liotard.

In Greek mythology, Hypermnestra was one of the fifty daughters of Danaus, king of Argos, who defied her father by refusing to kill her husband Lynceus.

We have traced only 3 copies, at the BnF, BM Lyon, and the Library of Congress. 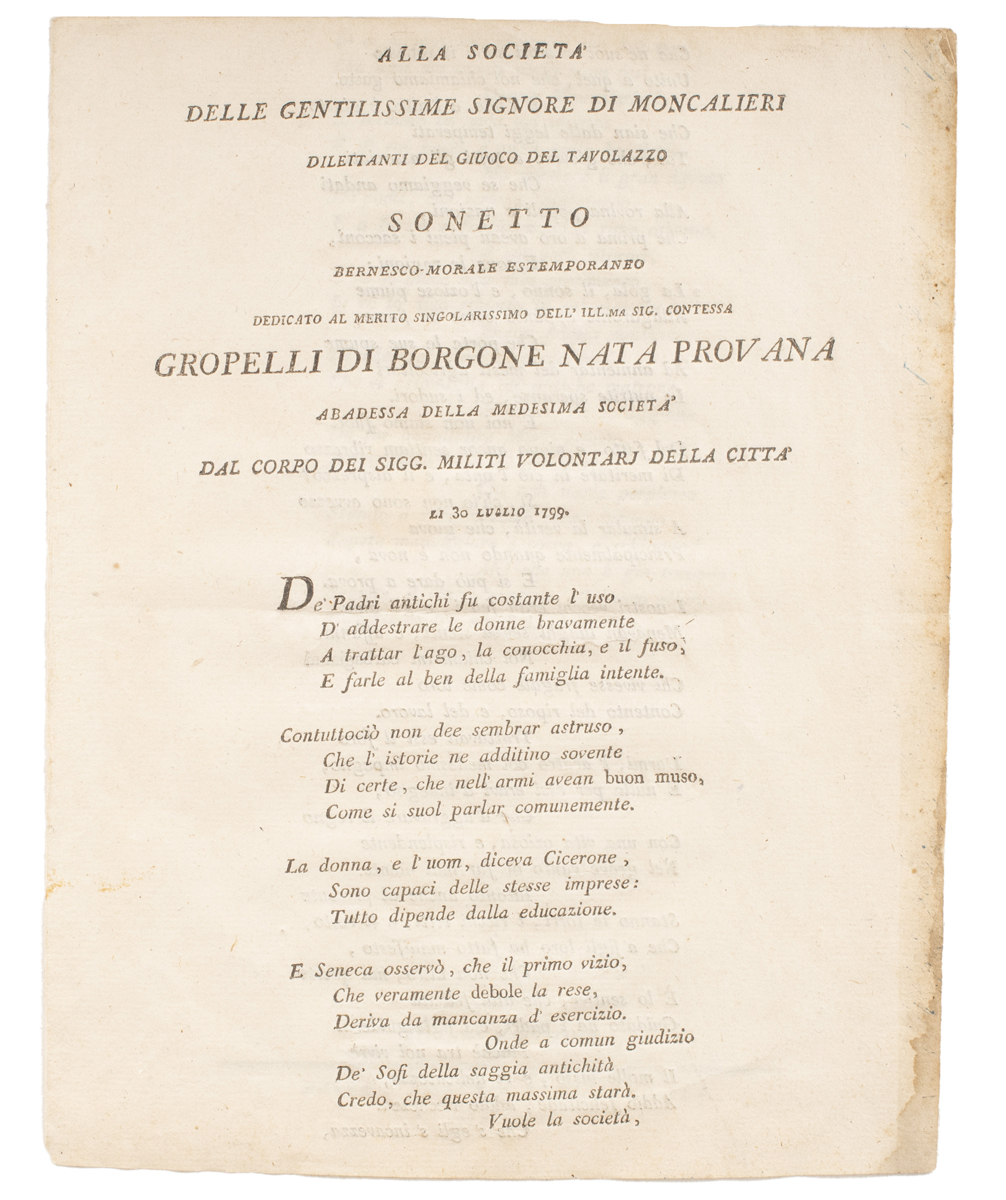