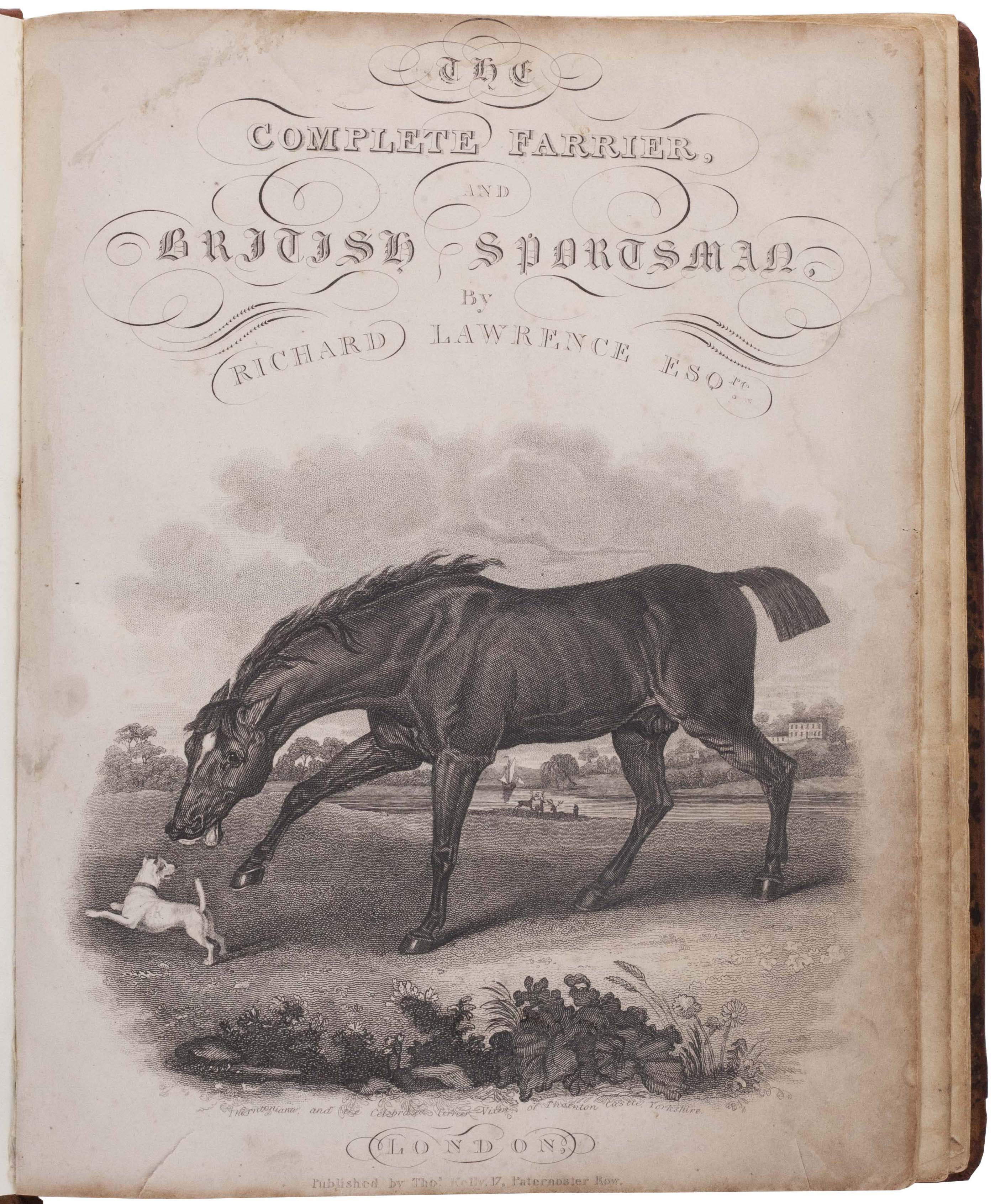 Added to your basket:
The complete Farrier and British Sportsman, containing a systematic Enquiry into the Structure and animal Economy of the Horse, the Causes, Symptoms, and most-approved Methods of Prevention and Cure of all the Diseases to which he is liable, a Detection and Exposure of the erroneous and dangerous Methods of Treatment too generally adopted, with some select and approved original Recipes for various Diseases, the whole rendered easy and familiar, with a View to general Utility, and founded on the latest Discoveries and experimental Facts, to which the Progress of Improvement for the last twenty Years in the veterinary Art has led, including a faithful Delineation of the various Dogs used in the Sports of the Field, with canine Pathology, interspersed with sporting Anecdotes, and an Account of the most celebrated Horses, Dogs, &c. &c. &c., equally important and interesting to the British Sportsman, as to Inn-Keepers, Coach-Masters, licensed Horse-Dealers, Farmers, Owners of Stage-Waggons, &c., embellished with a Series of Engravings executed by eminent Artists, from original Drawings in the Possession of Noblemen and Gentlemen of the Turf … with an Appendix, containing a minute anatomical Description of the bony Structure, or Skeleton of the Horse, the moving Powers or Muscles of that noble Animal, and the different Viscera or internal Parts scientifically explained and illustrated, together with an Abstract of the Game Act of 1831, &c. &c.

Several editions, for the mostpart undated, were issued around 1816, with no established precedence. The most common edition, however, has plates dated 1817 and is printed on paper watermarked ‘1818’ (Mellon), suggesting it is most likely later.