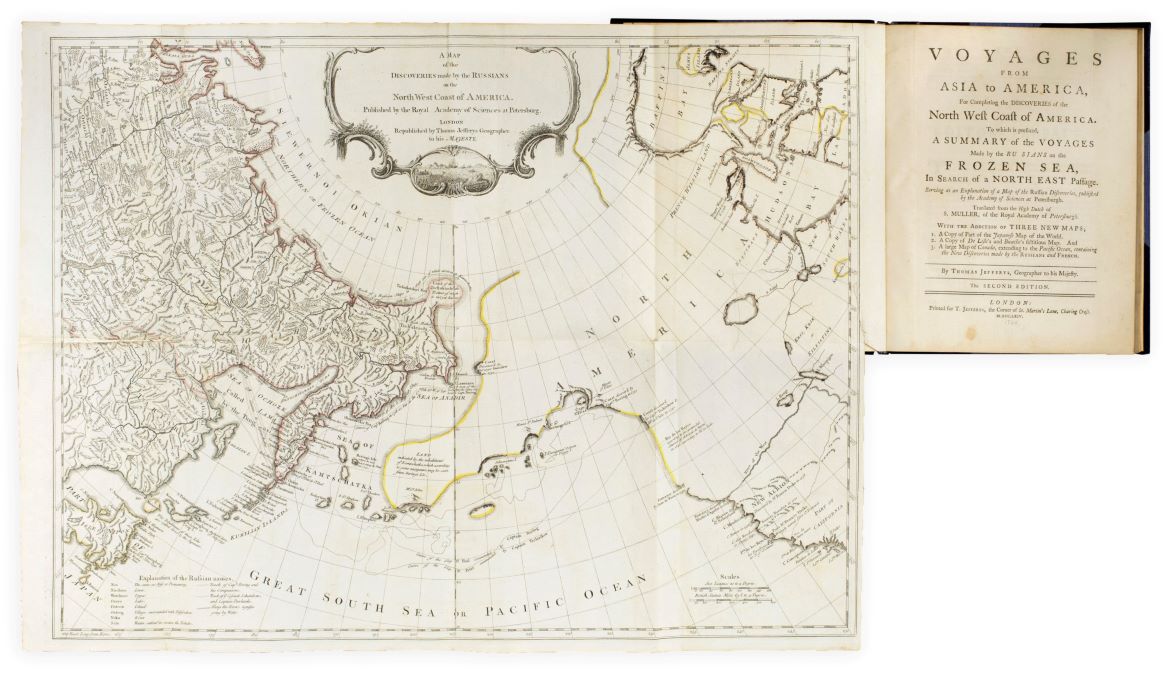 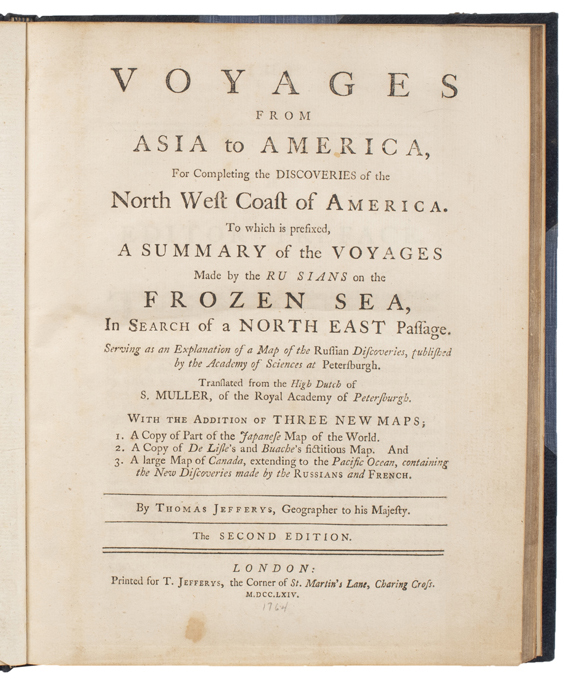 Added to your basket:
Voyages from Asia to America, for completing the discoveries of the north west coast of America.  To which is prefixed, a summary of the voyages made by the Rusians [sic] on the frozen sea, in search of a north east passage … Translated from the High Dutch of S. Muller, of the Royal Academy of Petersburgh.  With the addition of three new maps …  By Thomas Jefferys, geographer to his majesty.  The second edition.

Second edition (first 1761) of this key work devoted to discoveries in northeastern Asia and northwestern America, including the Bering Strait, published by Thomas Jefferys, geographer to George III, ‘remembered in particular for some of the most important eighteenth-century maps of the Americas’ (ODNB).

‘This important book is indispensable for the history of discovery and explorations in the northern Pacific.  It is a sometimes incomplete translation of Nachrichten von Seereisen, und zur See gemachten Entdeckungen, which forms the third volume of Müller’s Sammlung Russischer Geschichte, published at St Petersburg, 1758, and it represents the most extensive account in English of Bering’s polar expedition and of the discovery of Bering Strait and the western limits of North America’ (Hill).  This second edition makes some corrections to the first and adds an index.

The two folding maps by Jefferys comprise ‘a map of the discoveries made by the Russians on the north west coast of America’, and ‘a map of Canada and the north part of Louisiana’, while the two smaller maps depict ‘the N.E. parts of Asia, and N.W. parts of America … taken from a Japanese map’, and ‘the discoveries of Admiral De Fonte, and other navigators … in quest of a passage to the South Sea’. 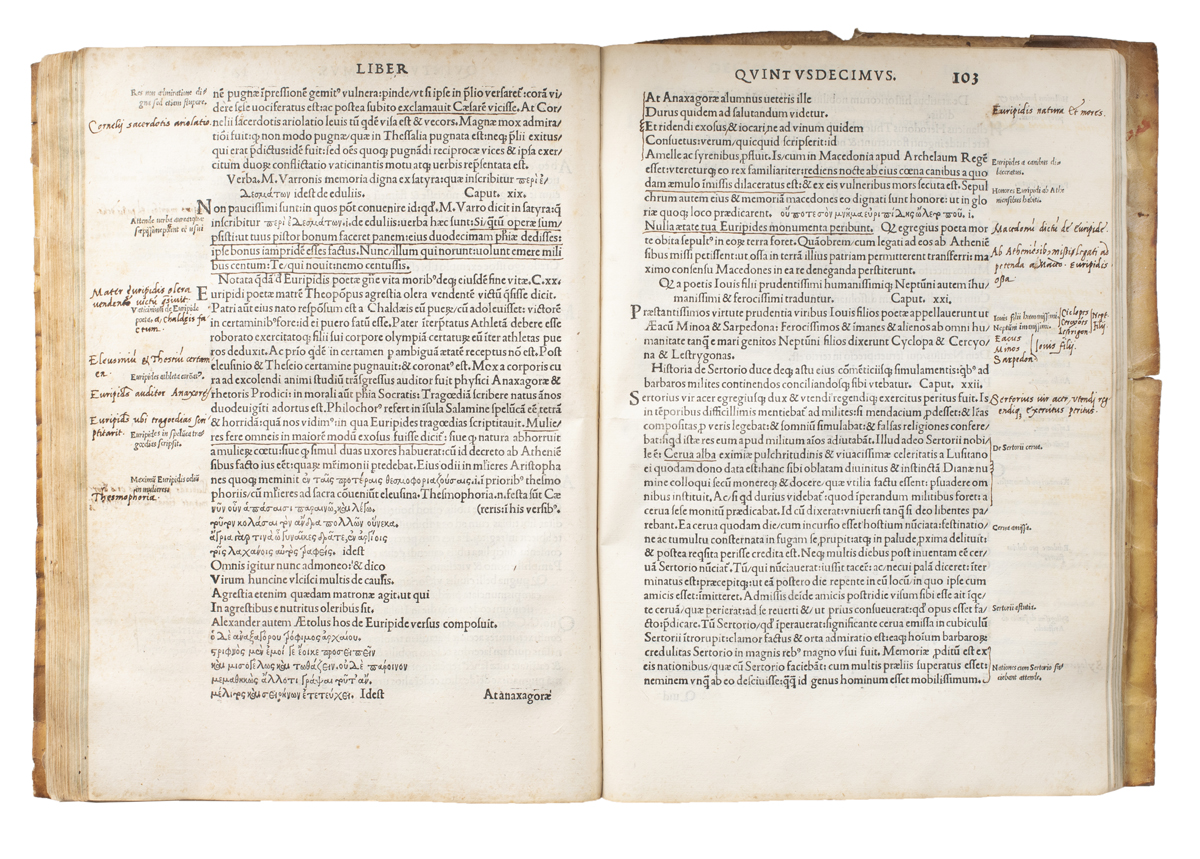 ANNOTATED WITH REFERENCES TO THE LECTURES
OF ONE OF ERASMUS’S CLOSEST FRIENDS GELLIUS, Aulus.

Second edition of Gellius’s opus with the commentary of philologist Matteo Bonfini (1441–1517), annotated throughout by a contemporary reader whose corrections and comments include references to the lectures of Paolo Bombasi as cited by Erasmus in the 1508 edition of the Adagia.