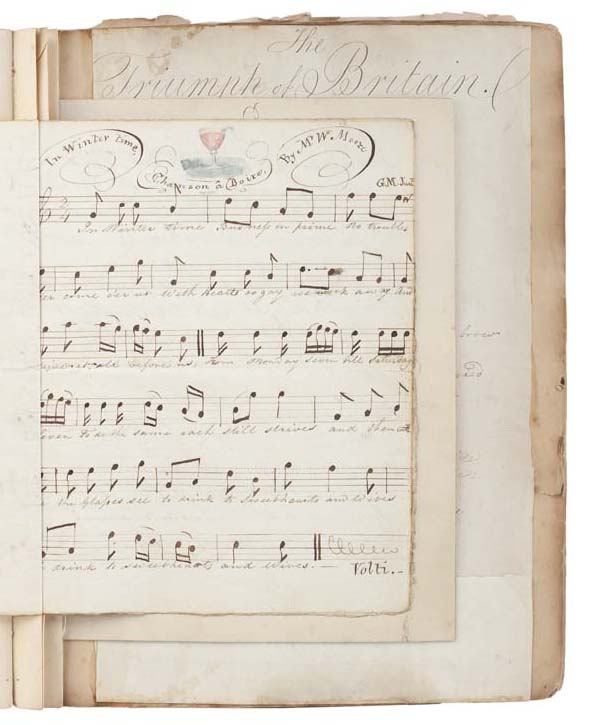 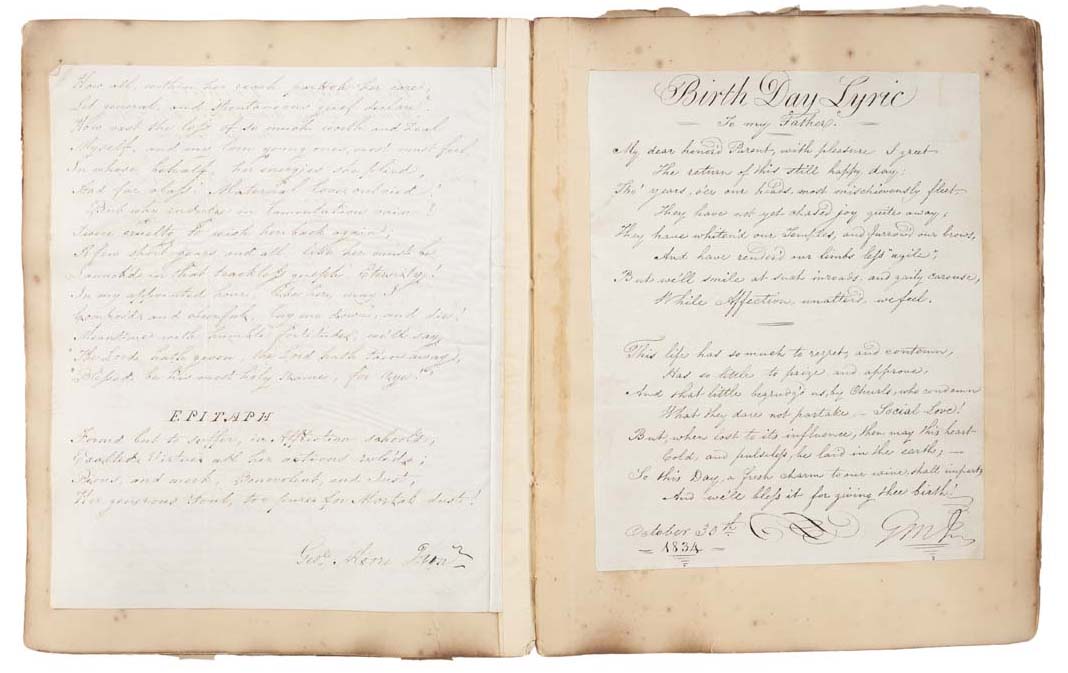 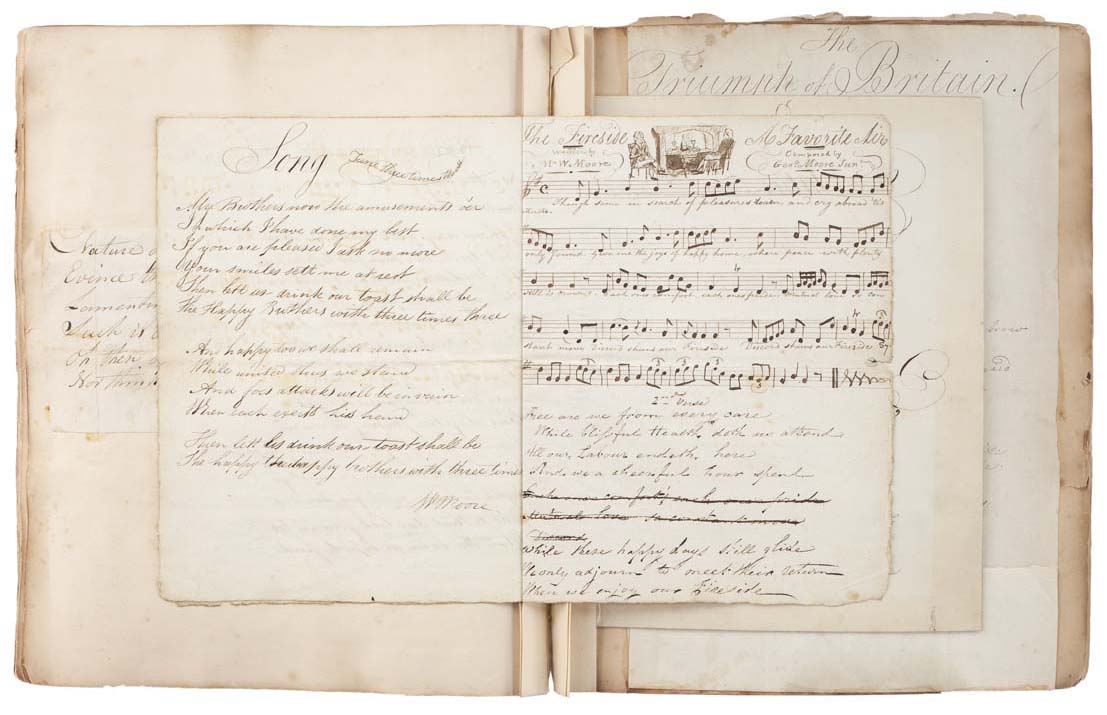 4to (290 x 230 mm approx.), 40 leaves of thick paper with 72 pieces pasted in or loose comprising 111 pages of manuscript, neatly written in ink in several hands, with some pieces of music; some spotting and browning to paper mounts, a few short tears and chips; disbound; overall very good.

Added to your basket:
Manuscript commonplace book of poems, songs, prayers, and letters.

An appealing commonplace book of verses and songs, with occasional prayers and letters, mostly written by George Moore (1794–1854), a London soda water manufacturer and amateur poet who was murdered by the notorious French revolutionary Emmanuel Barthélemy (1823–1855).

Barthélemy began working as an engineer for Moore in 1854. His murky past included commanding insurrectionists during the 1848 June Days Uprising in Paris, allegedly plotting to kill Karl Marx, and fighting the last fatal duel in England in 1852. In December 1854 Barthélemy quarrelled with the unfortunate Moore, beating his employer with a stick before fatally shooting him. Convicted of killing an ex-policeman while attempting to flee the scene, Barthélemy was hanged at Newgate in January 1855.

The contents of this volume comprise numerous unpublished poems by Moore, many addressed to family members: annual verses written to mark his father George’s birthday; poems for his brothers William and Thomas, for his sister-in-law, and for his daughter Charlotte; and elegies in memory of his sister Elizabeth, father, and brother. Also included are farewell verses to Barnet, Hoxton, and ‘London streets’, lines commemorating trips to Gloucestershire and Blackheath, poems on the death of Princess Charlotte (1817) and on the marriage of Queen Victoria and Prince Albert (1840), and an 1839 letter marking the beginning of ‘the Penny Postage laws’. One political piece from 1846 compares Lord John Russell to John Manners and the Young England movement.

The volume also includes four musical pieces by George and his brother William (1797–1858): ‘Said wicked Will to prudent Kate’; ‘Three happy brothers’; ‘In winter time, chanson à boire’; and ‘The fireside, a favorite air’. The latest item is an article regarding George’s murder copied from a Gloucester newspaper.

A full listing is available on request. 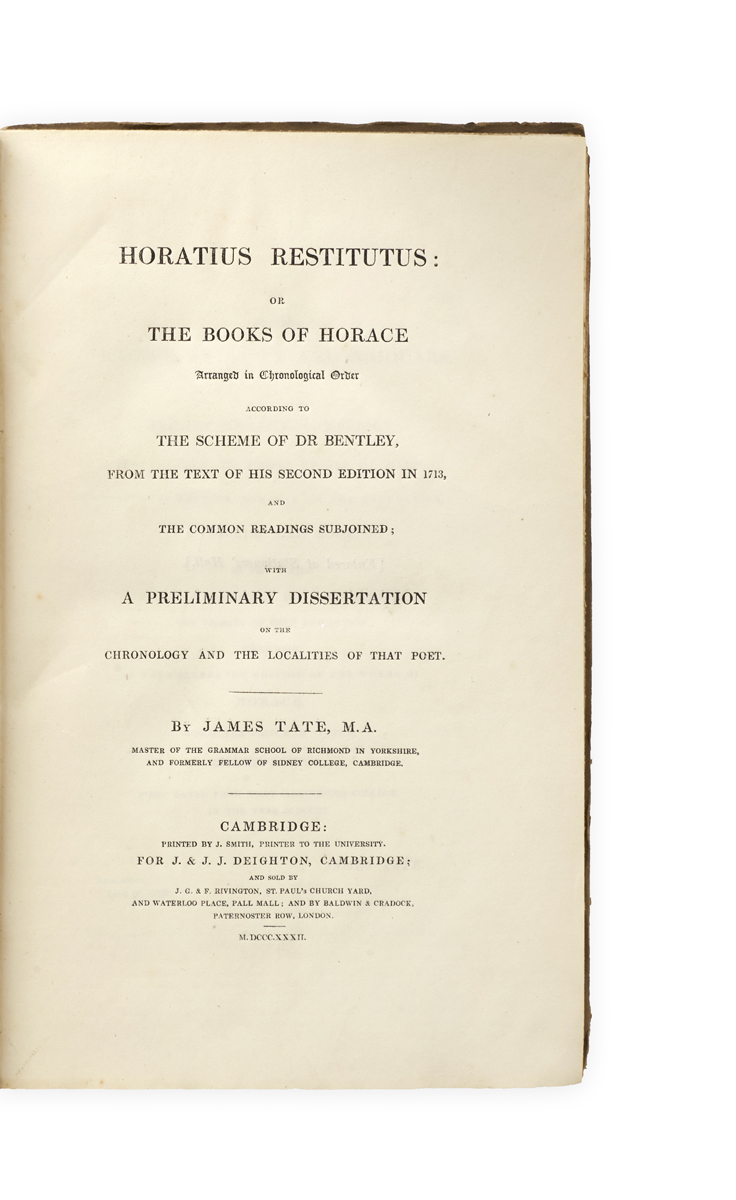 A beautiful copy in contemporary pigskin of the first edition of Rader’s commentary on Martial.