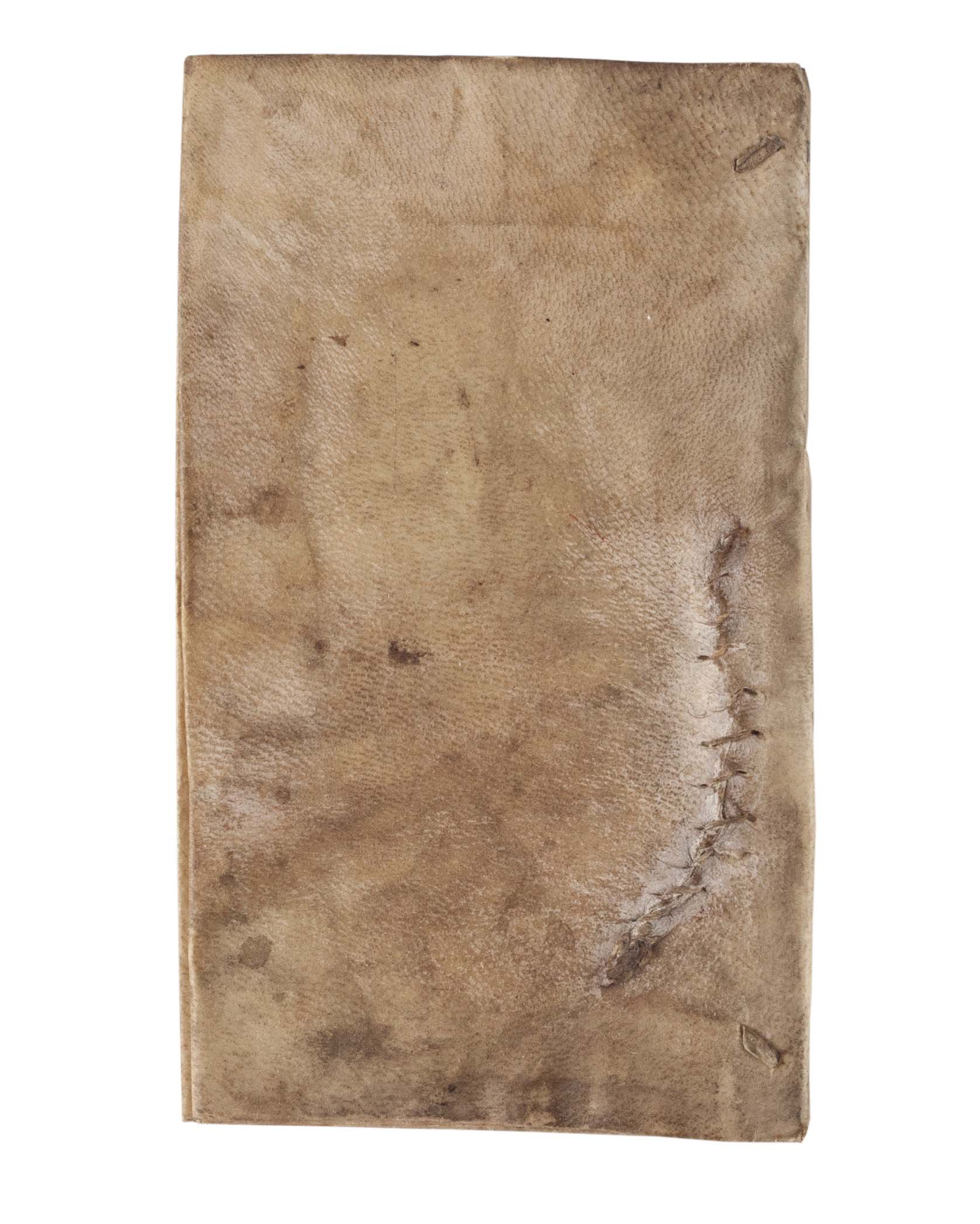 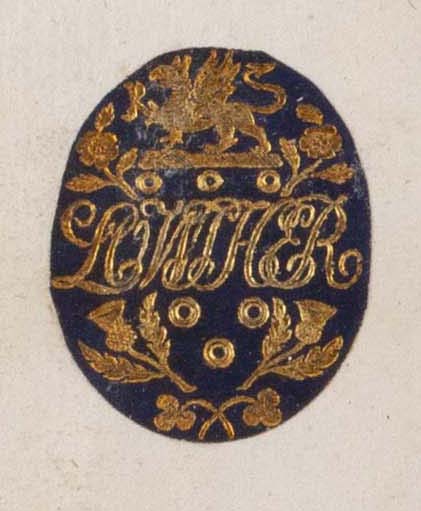 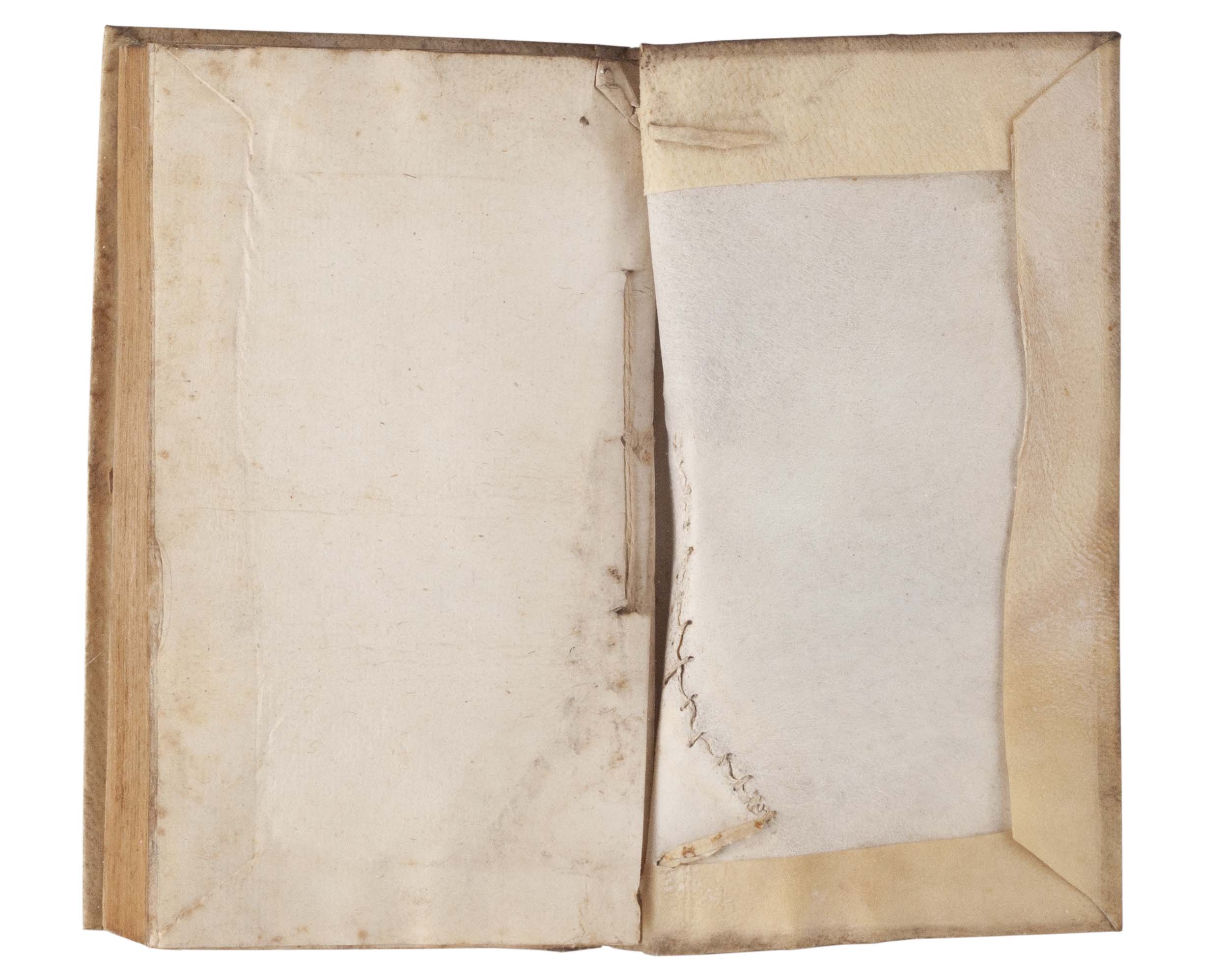 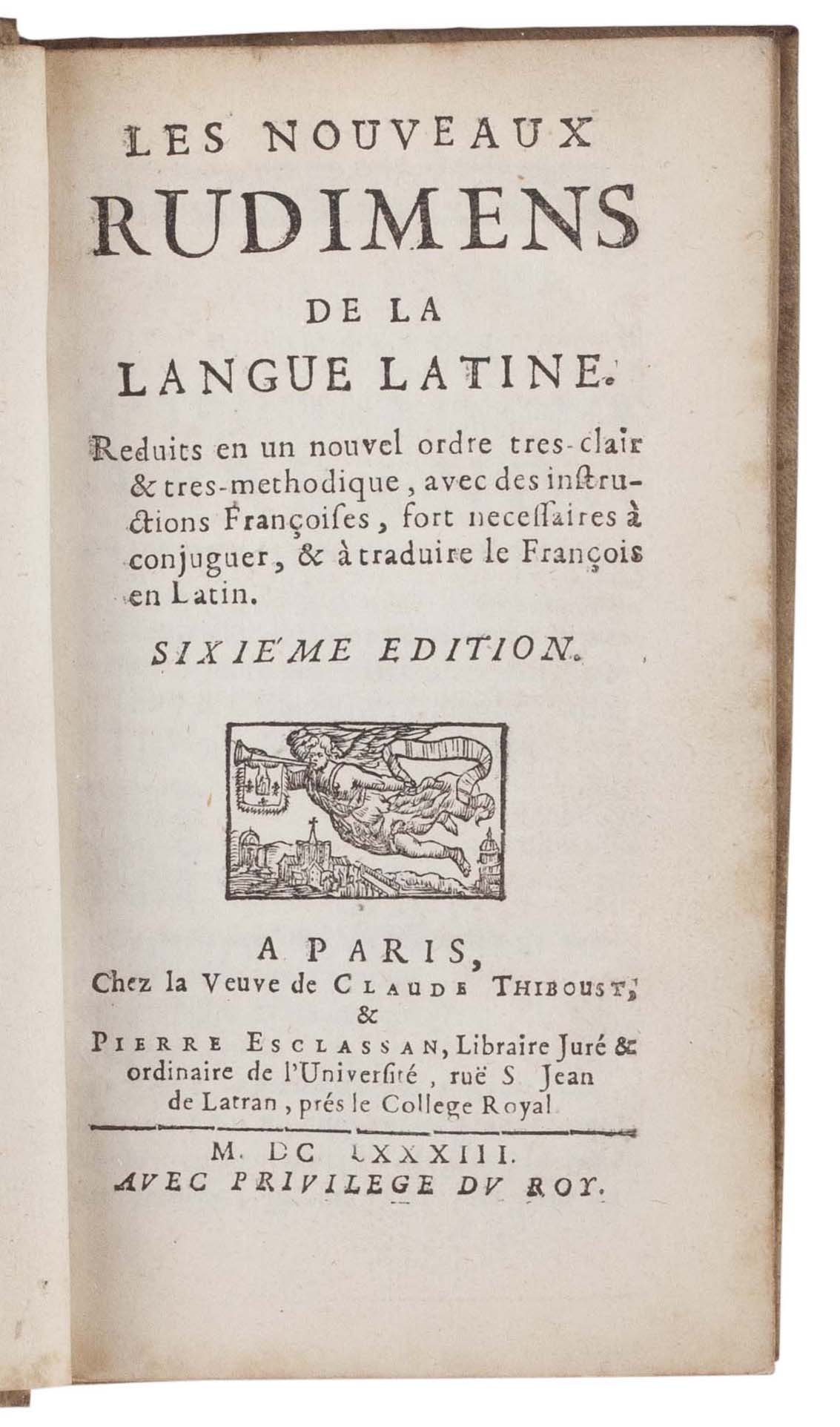 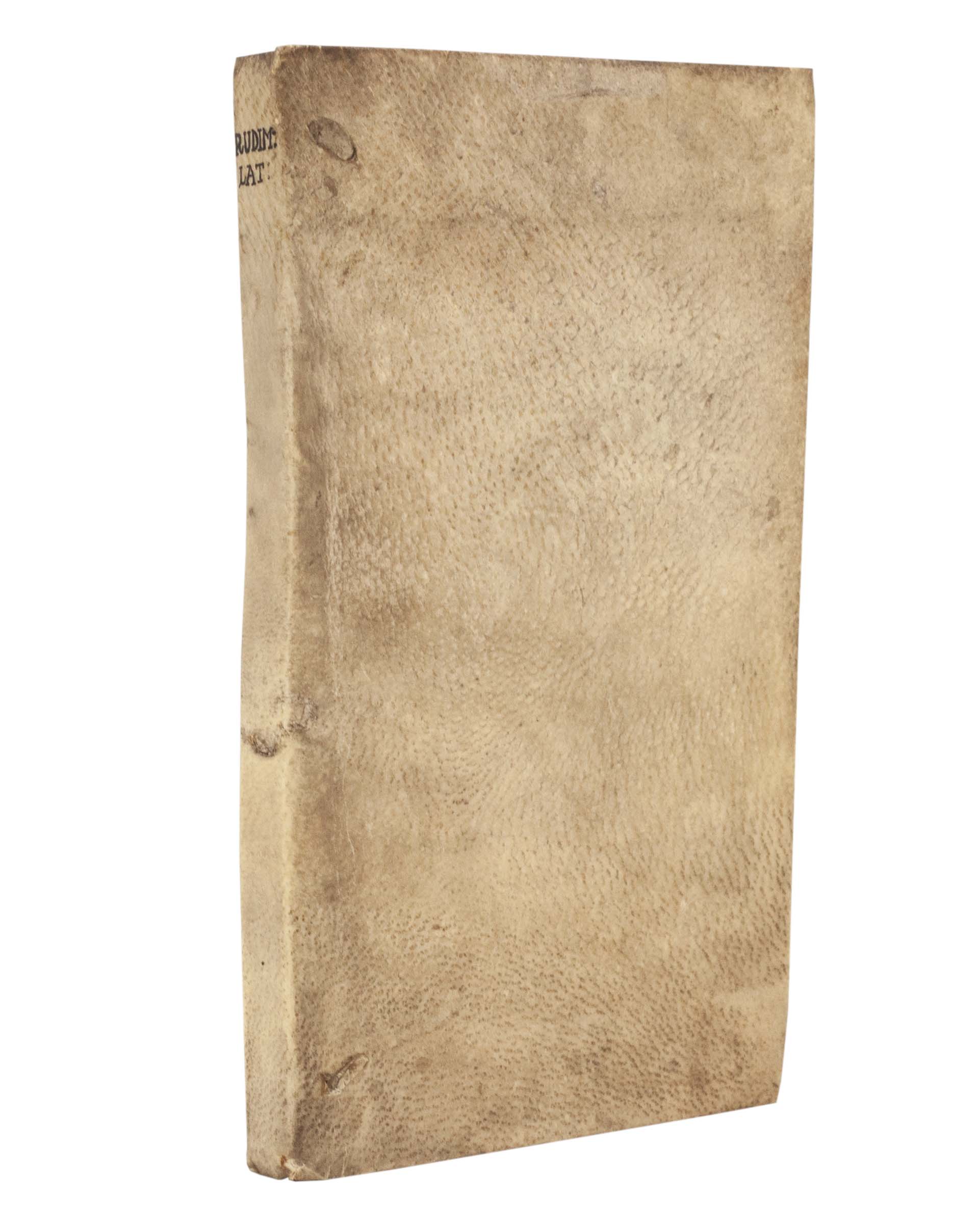 ‘Sixth edition’ of this popular manual of Latin grammar for French students, also called the ‘Rudiments de Ferrand’ after the name of the dedicatee, Antoine-François Ferrand.

This copy is bound in a rather unusual way; the bookblock is stitched directly through the inner margin from one side to the other, while the vellum case binding is secured to the bookblock by vellum slips at head and tail piercing the bookblock and lacing through the case. This was a quick and economical way of binding a book which was effectively a school book, meant for heavy use, and it is therefore unsurprising that the piece of vellum selected was of rather poor quality, with follicles visible in places and a large tear repaired with stitches to the lower cover. Holes in the vellum weren’t unusual; if the parchment maker cut too deep during the scraping process, rips or holes would sometimes appear in the parchment while this was drying under tension. Stitching as here would stop the tear from spreading and, once dry, the flaw would be stable and the stitching often removed.

Provenance: from the library of William Lowther, first Earl of Lonsdale (1757–1844), ‘elder son of the Reverend Sir William Lowther, first Baronet of Little Preston and Anne, eldest daughter of Charles Zouch, of Sandall in Yorkshire. He succeeded his father as second Baronet in 1788 and his cousin, James, Earl of Lonsdale in the Viscountcy and Barony of Lowther, by special remainder in 1802. On 7 April 1807 he was created Earl of Lonsdale of the second creation, and a Knight of the Garter. He was a Lieutenant-Colonel in the Army, Member of Parliament for Carlisle 1780–1784, for Cumberland 1784–1790 and for Rutland 1791–1802 and was Recorder of Carlisle. He married, 12 July 1781, Augusta Fane, eldest daughter of the 9th Earl of Westmorland. He died 19 March 1844. Books from his library were sold at auction by Sotheby’s 27 March 1922, and a further “selected portion of the Library at Lowther Castle, Penrith” 12–14 July 1937’ (University of Toronto - British Armorial Bindings).