Added to your basket:
Directions left by a Gentleman to his Sonns: for the Improvement of barren and heathy Land, in England and Wales.

Sole edition of one of the first books in English devoted to soil conservation. The dedication is signed Gabriel Reeve and dated from Hackney, 14 April 1670.

The advice he imparts is based on 30 years of experience in Brabant and Flanders. First devonshire the land [an unfamiliar verb meaning to pare off and burn the turf and weeds], then add lime, plough, harrow, and plant, for example, flax seed, weed, water, dry, swingle [flail] and beat the flax, and for labour of less than £10 you have a crop worth £40. Calculations follow for profits for the second to fifth year. As an afterthought there are instructions for planting walnuts. 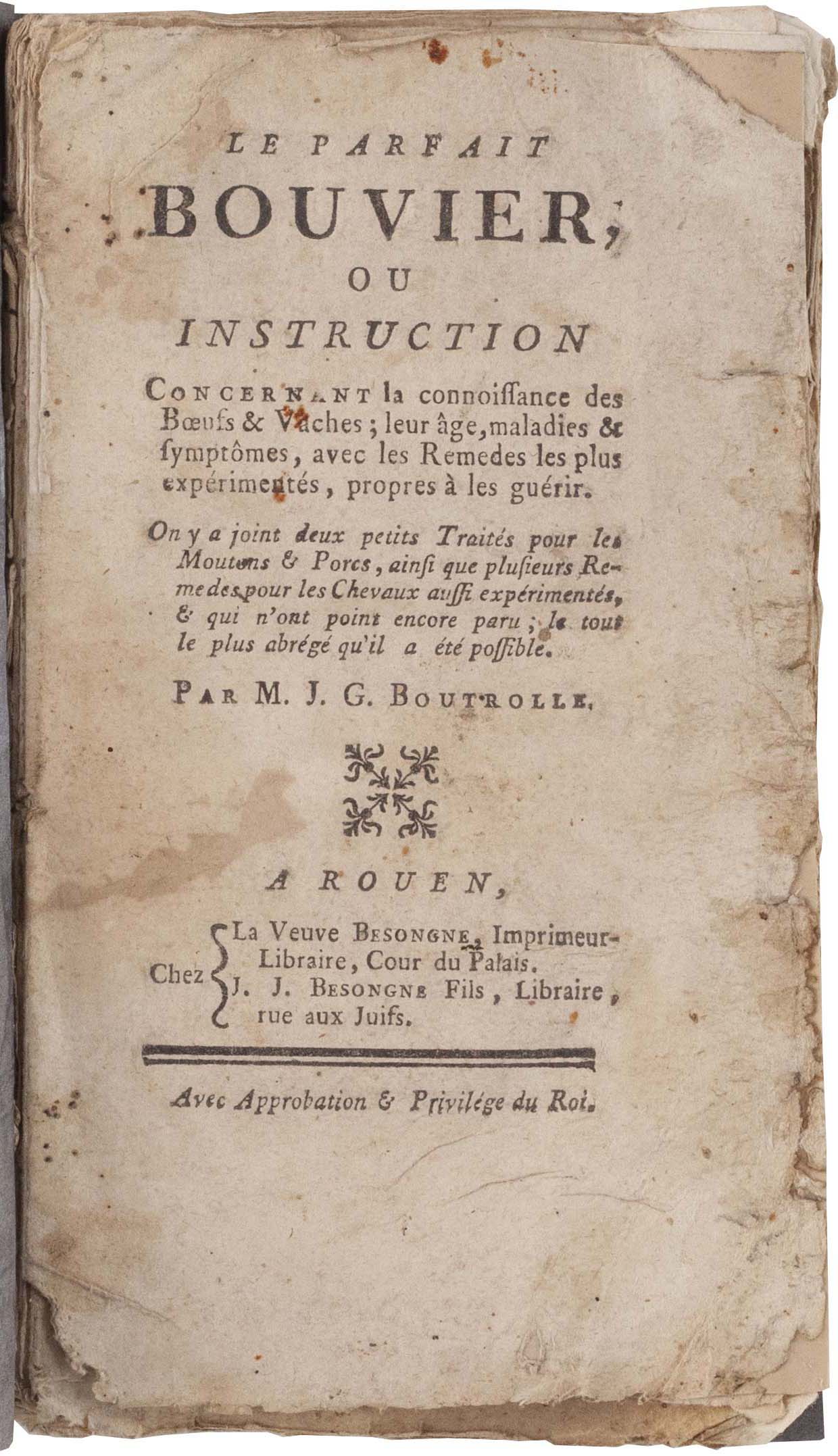 Early (first?) edition of one of the most successful French veterinary guides. With the majority of early veterinary literature focused on the most highly prized animal, the horse, the present text is one of the few to address primarily the care of bovines, with sections also on pigs, sheep, and the horse. 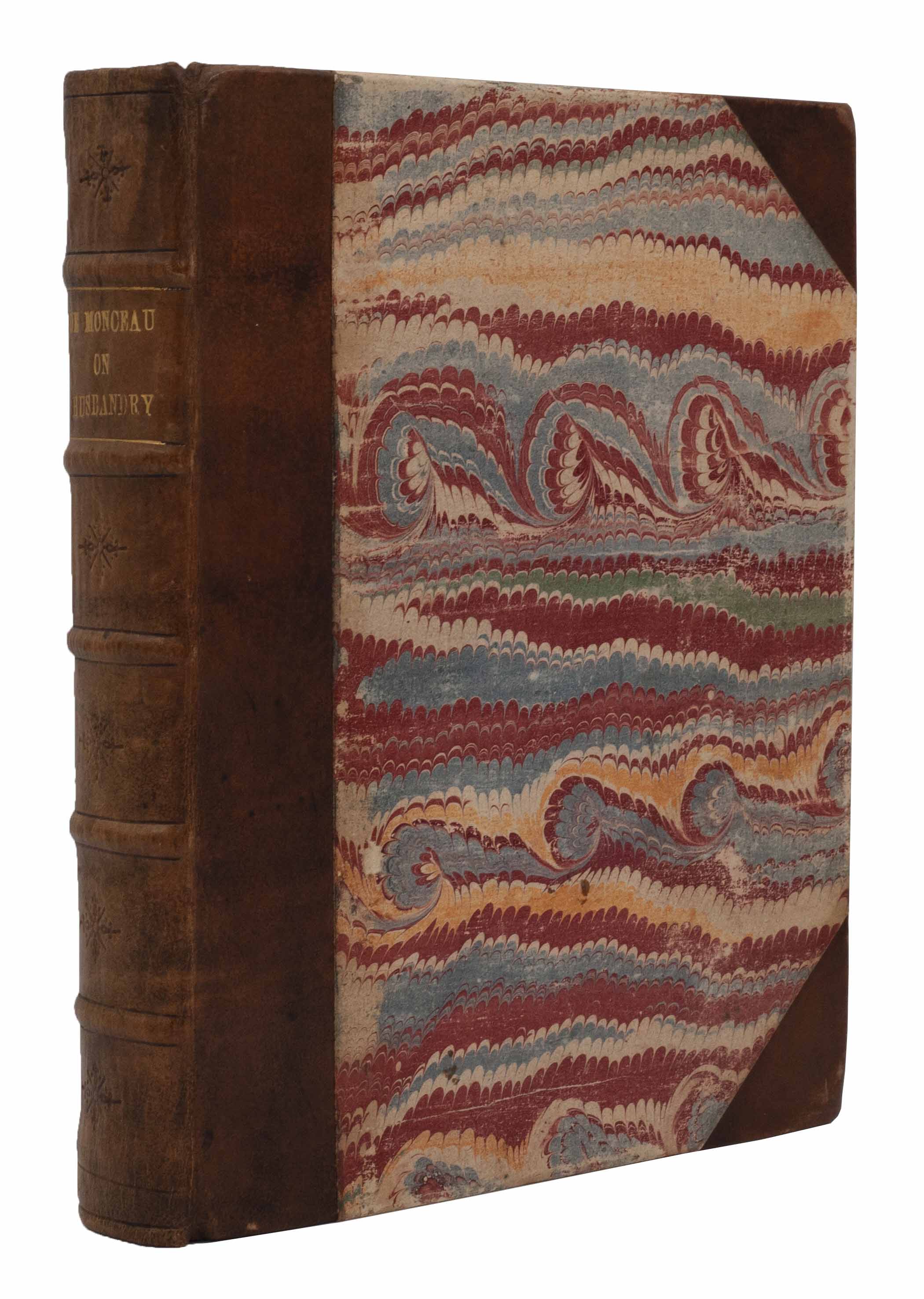