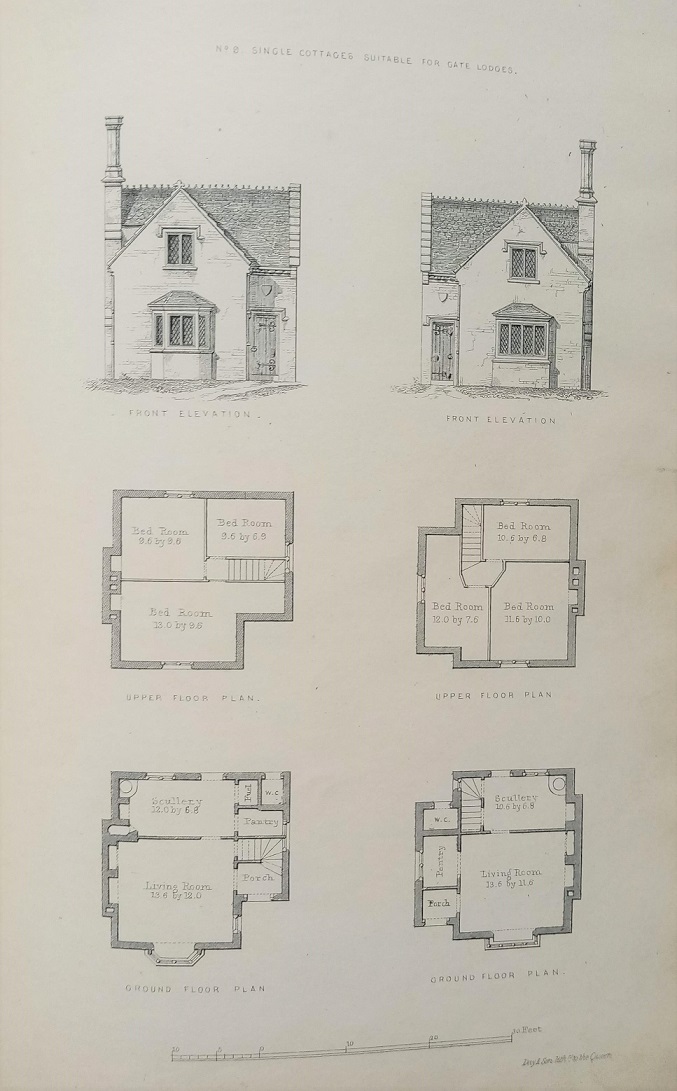 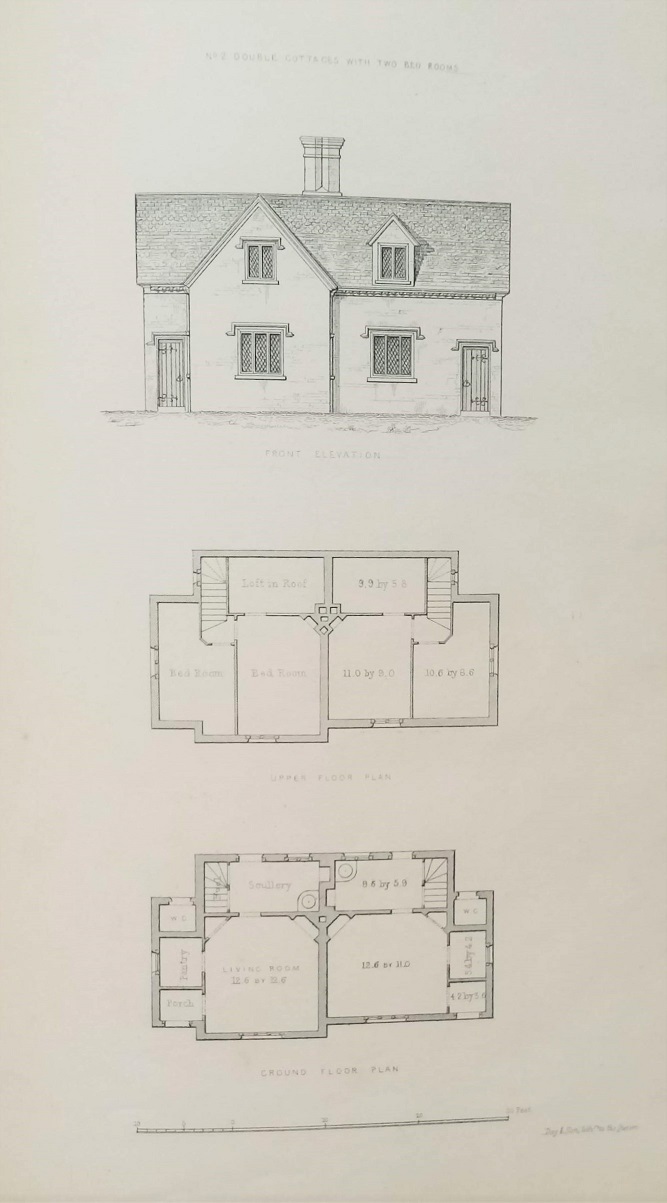 Added to your basket:
The dwellings of the labouring classes, their arrangement and construction, illustrated by a reference to the model houses of the Society for Improving the Condition of the Labouring Classes and other buildings recently erected, being an essay read January 21 1850 at the Royal Institute of British Architects. With plans and elevations of dwellings adapted to towns, as well as to the agricultural and manufacturing districts.

Roberts, who employed George Gilbert Scott as his assistant, made his name designing Fishmongers’ Hall, London and was a founder member of the Institute of British Architects. But he is best remembered as a pioneer of working-class housing. In 1844 Roberts became the honorary architect of the Society for Improving the Condition of the Labouring Classes (SICLC), under the Presidency of Prince Albert. ‘The SICLC was instrumental in changing laissez-faire attitudes to housing the poor, largely by erecting and publishing a variety of exemplary buildings, all to designs by the honorary architect’ (ODNB). The dwellings of the labouring classes, which ran through subsequent editions and was translated into French, contains scaled floor plans and handsome engraved elevations, including the block of self-contained flats in Streatham Street, Bloomsbury, Roberts’s most successful model dwellings. Roberts’s 1849 patented hollow bricks, designed to reduce costs but still provide insulation, are illustrated on p.25, and the engraved plates at the end of the volume include elevations for workers’ cottages and lodgings for unmarried labourers, many of which were erected across Britain.

Roberts’s ‘views, including his opposition to easily available mortgages because of their inflationary effects on house prices, still have relevance, while he perceived the state would always have to intervene to house those incapable of self-help’ (ODNB).

The inscription on the front free endpaper reads ‘To John Price Powell Treherbert on his birthday May 30th 1873 from a very sincere friend from Llandilo’. Treherbert, in the Rhondda Fawr valley in South Wales, grew into a mining village in the 1850s necessitating the construction of new houses for the workers.

Goldsmiths’ 37127. Worldcat notes only 3 copies in the US (Michigan, Minnesota, and Yale). 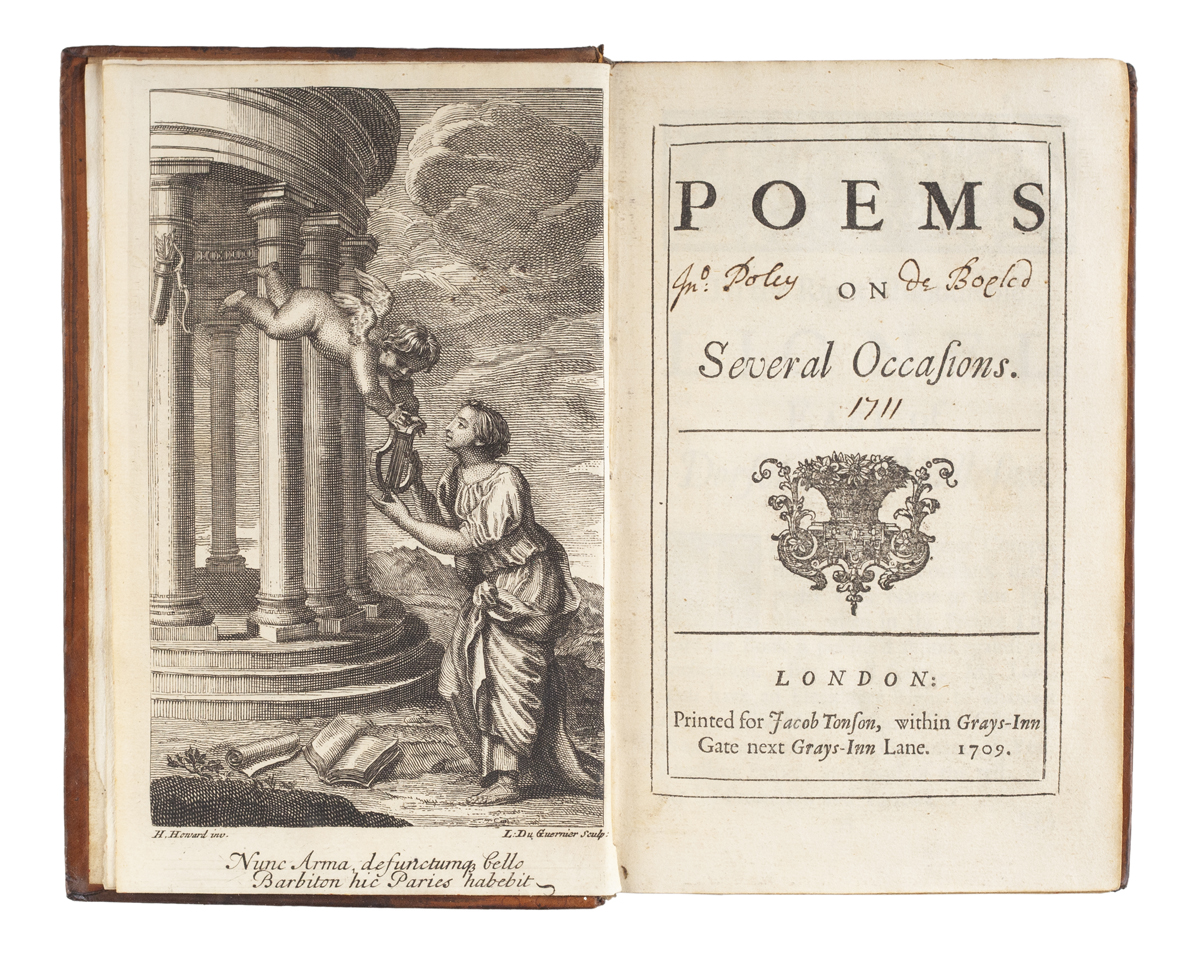