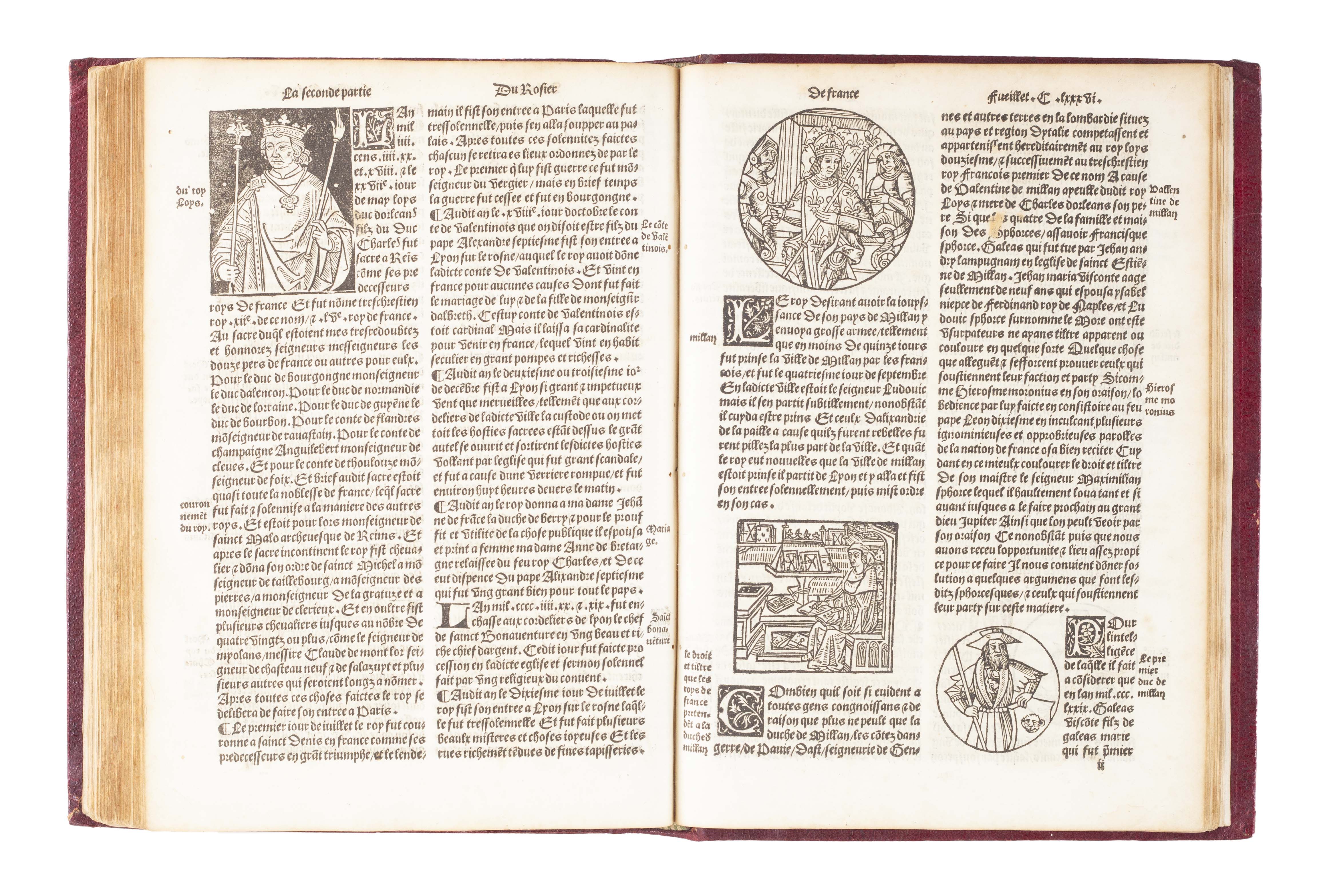 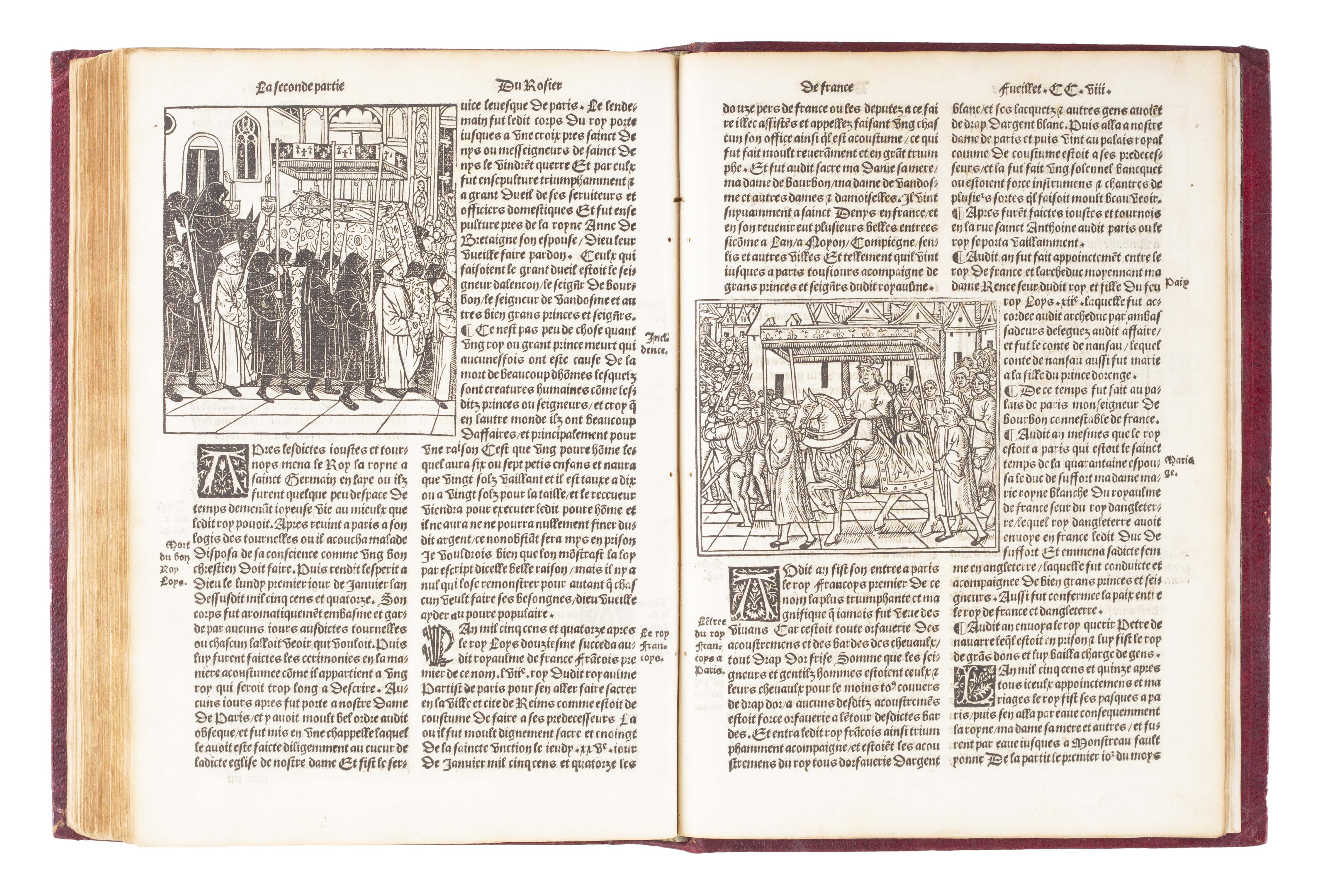 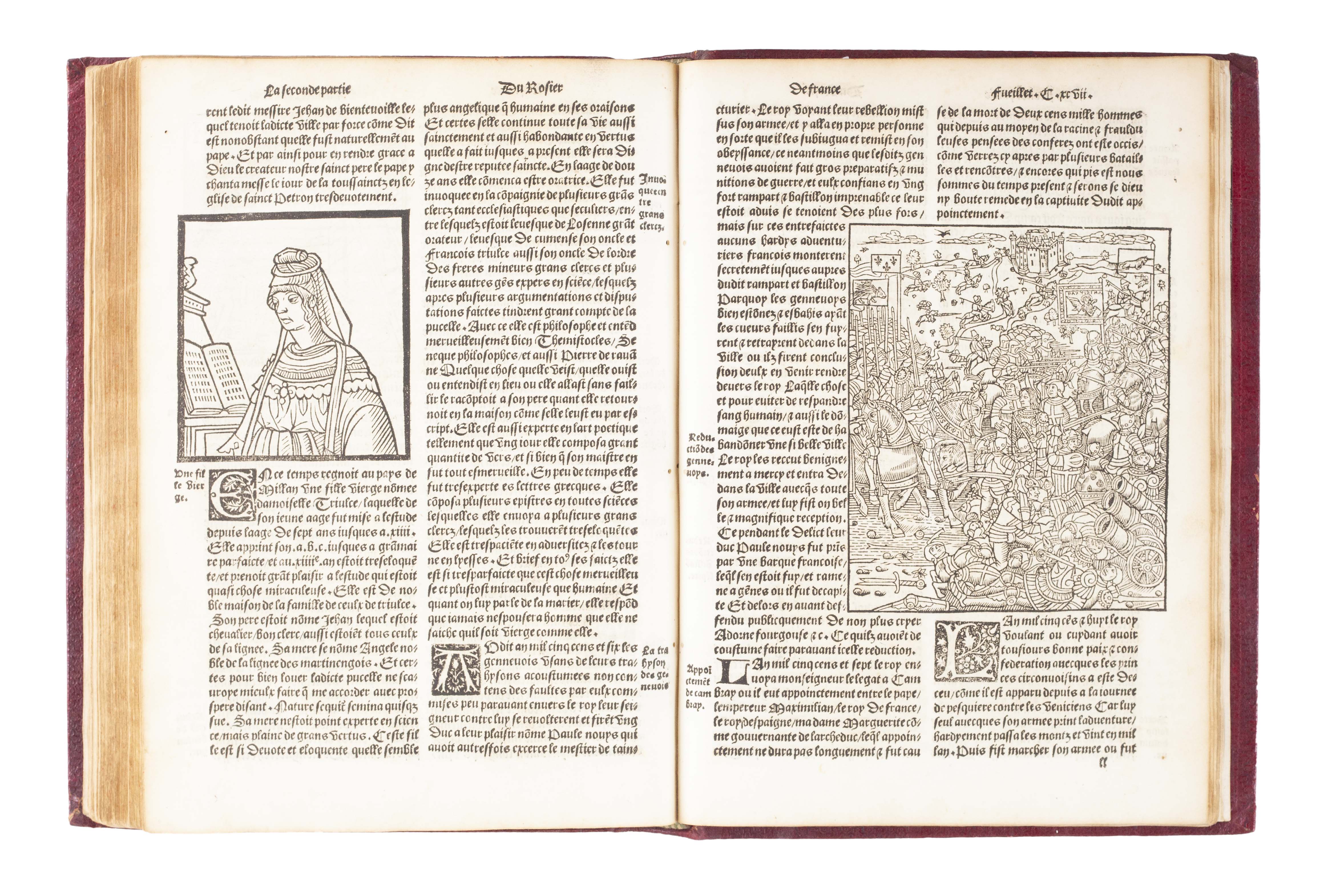 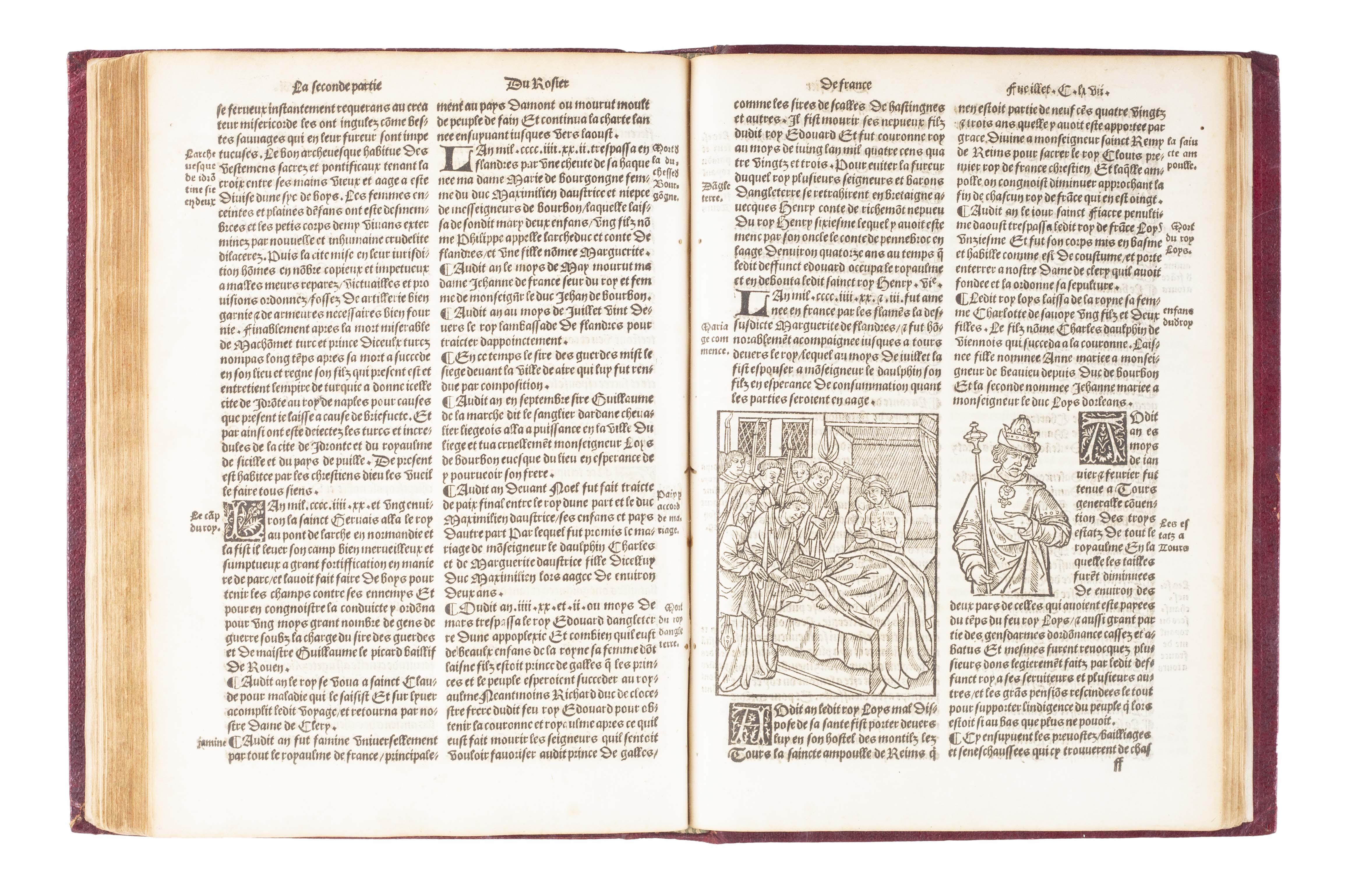 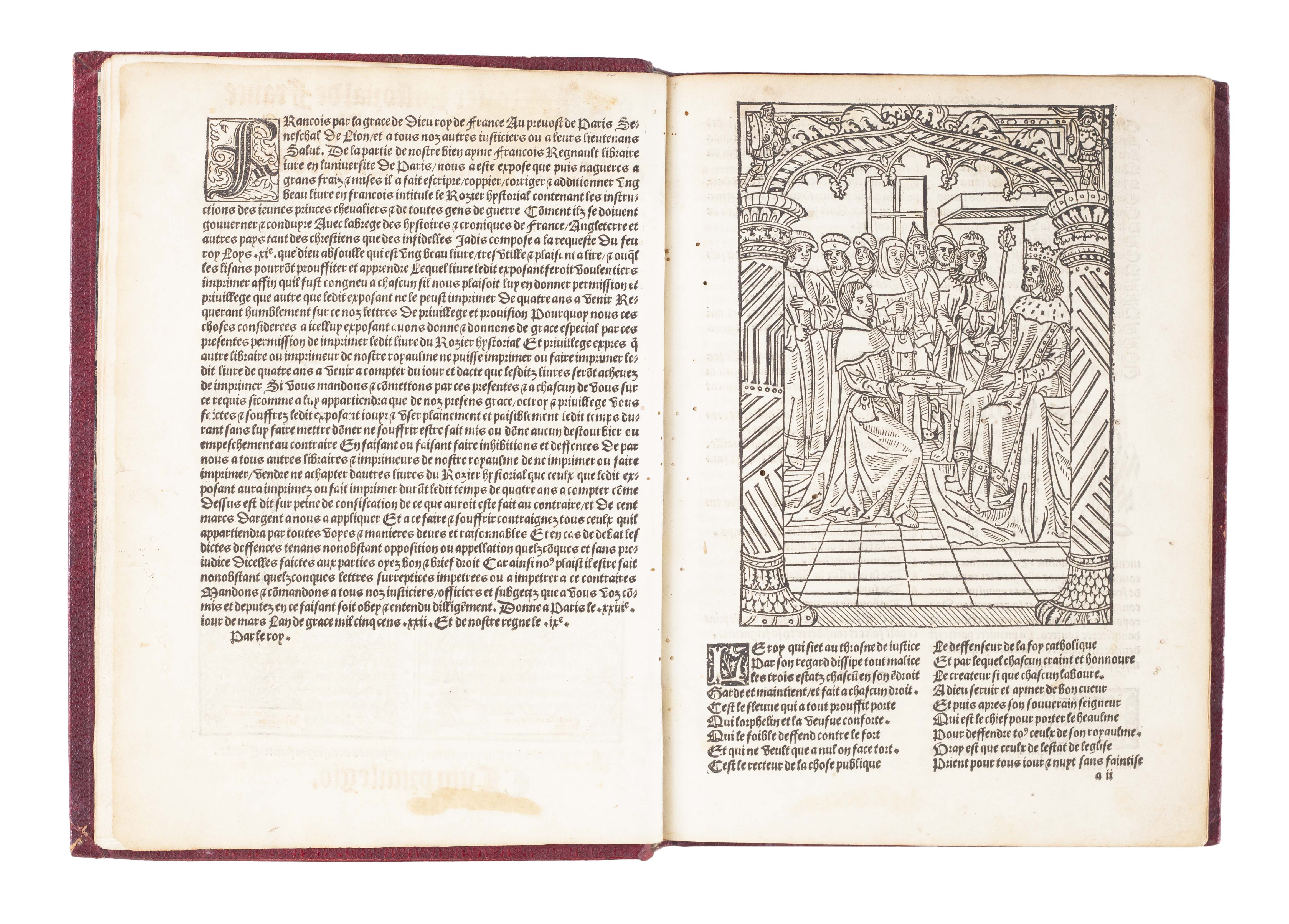 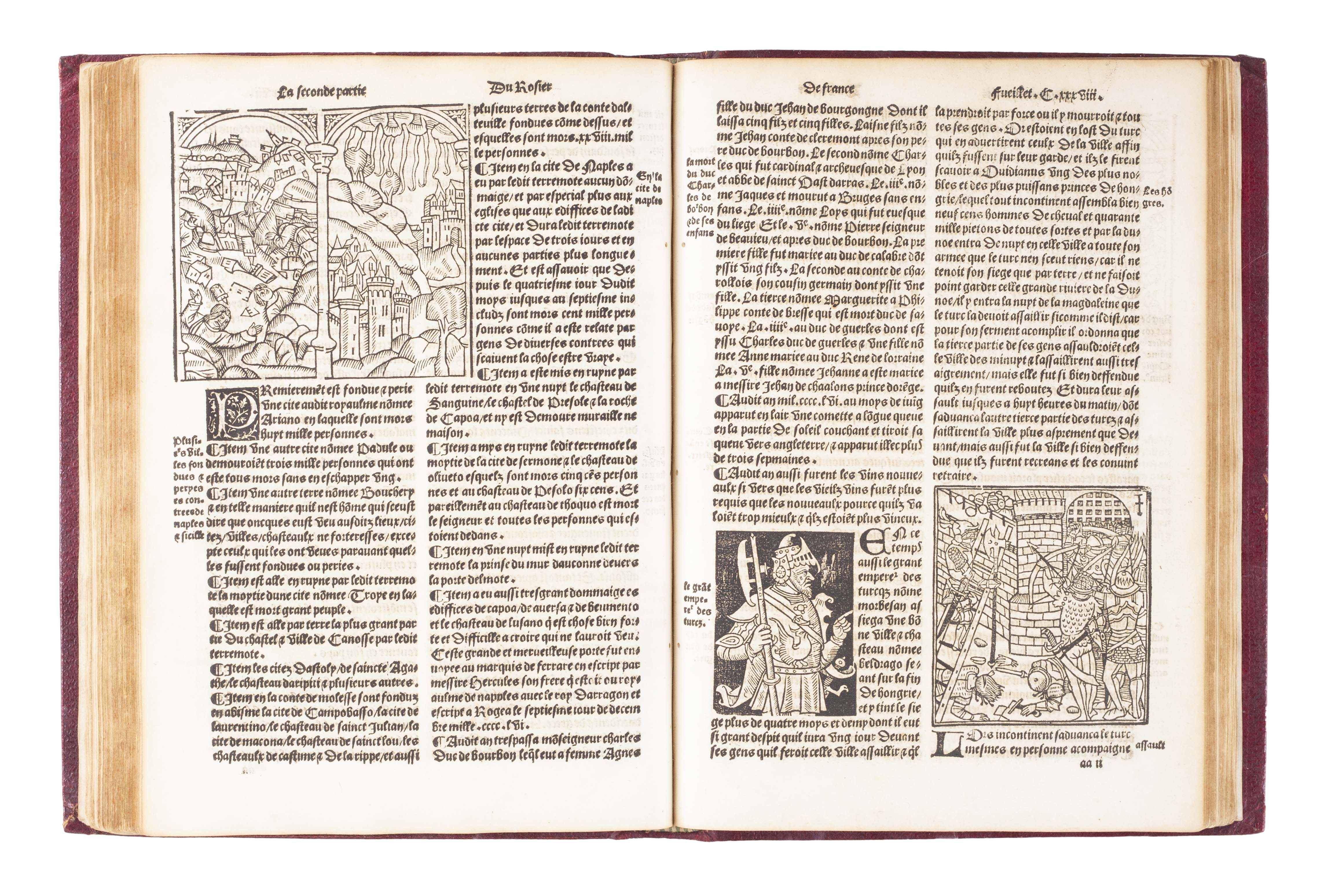 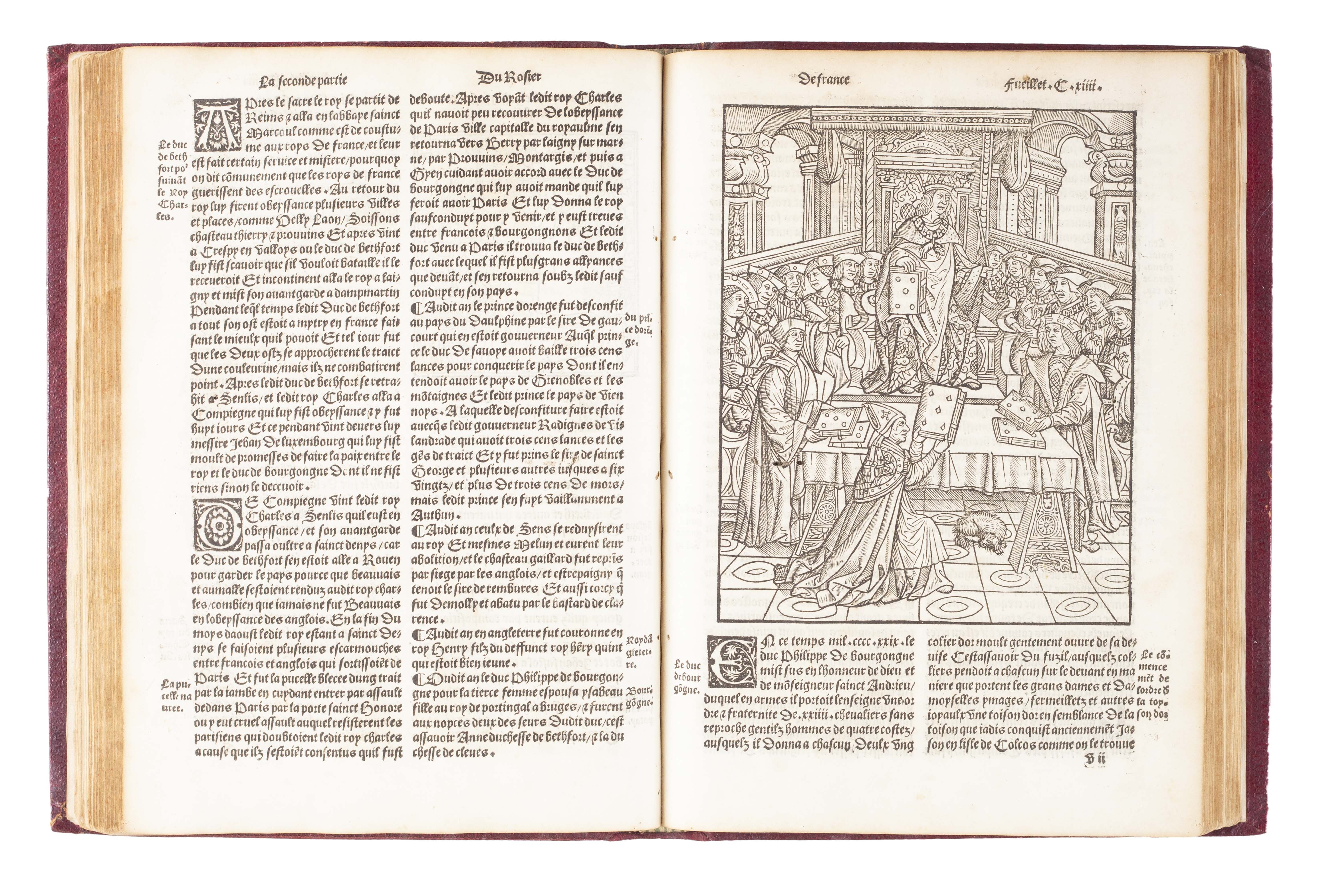 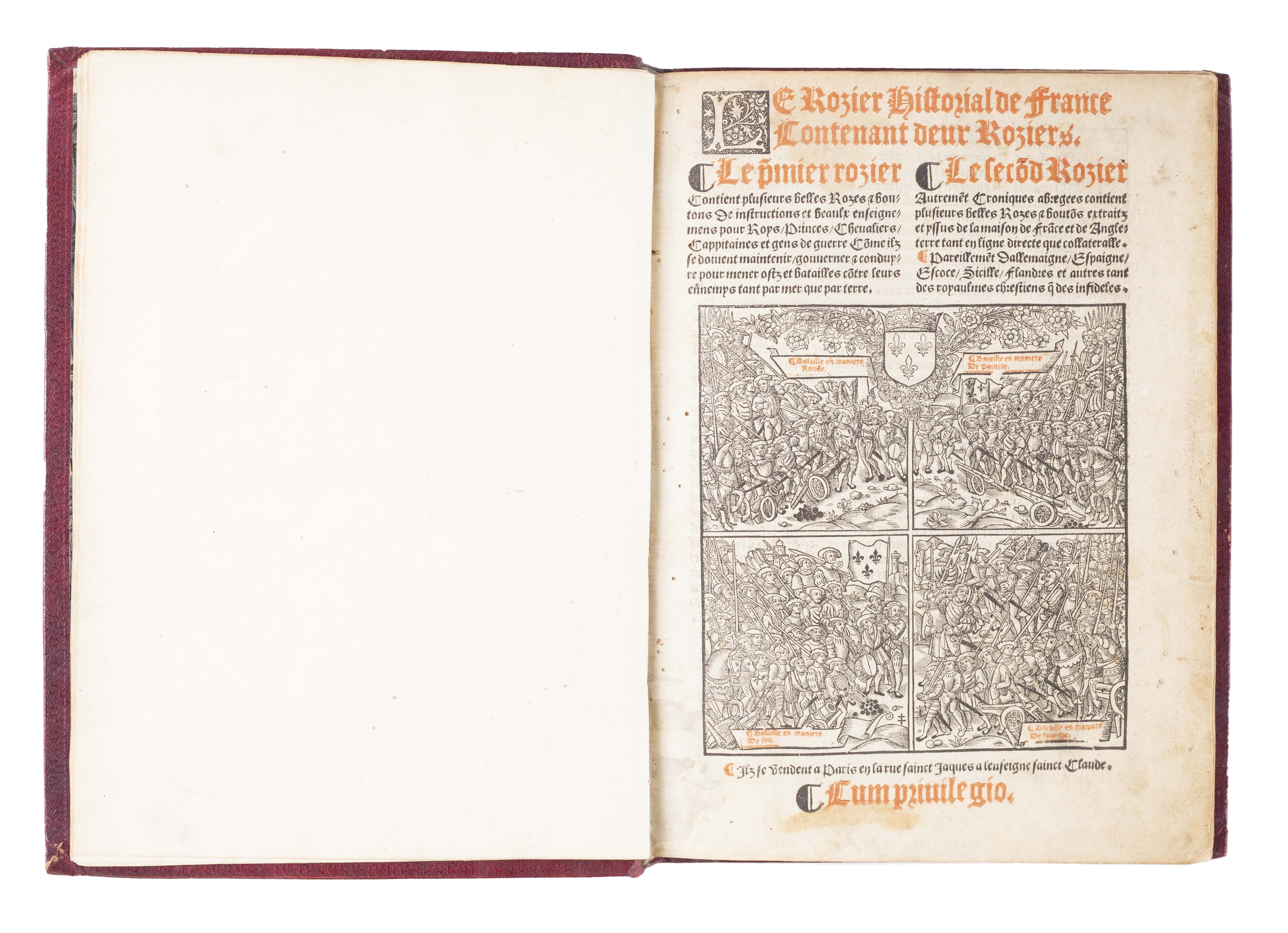 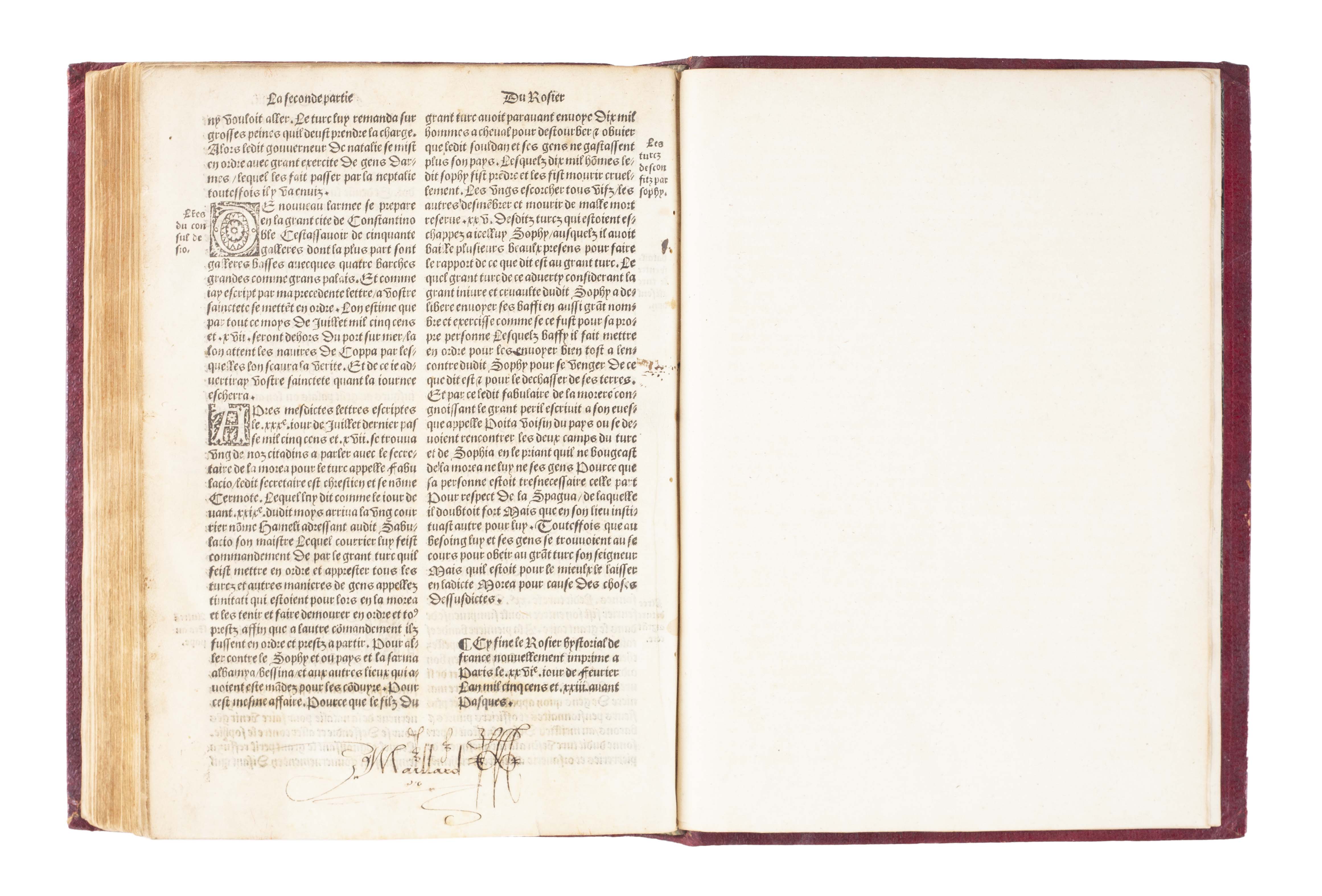 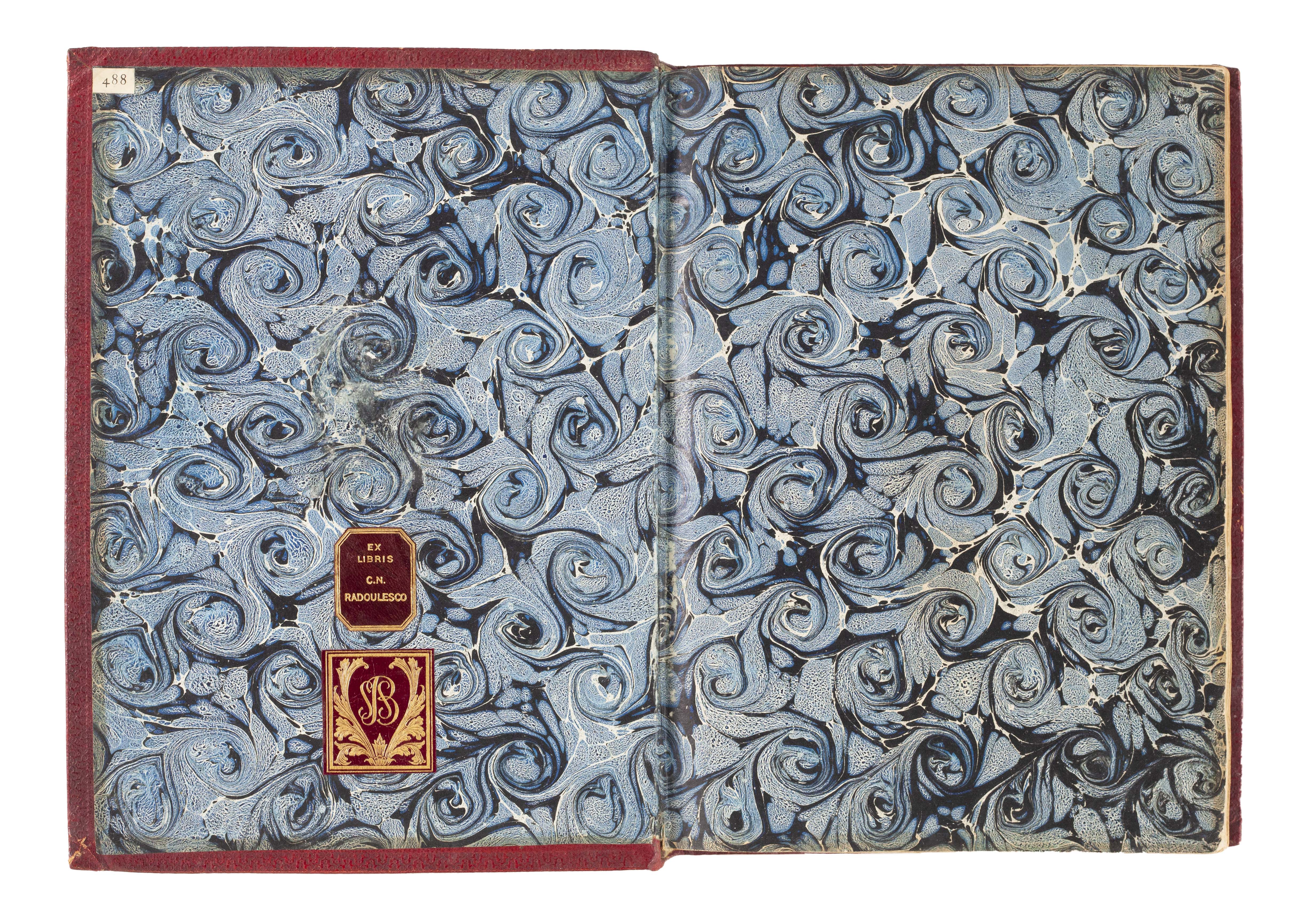 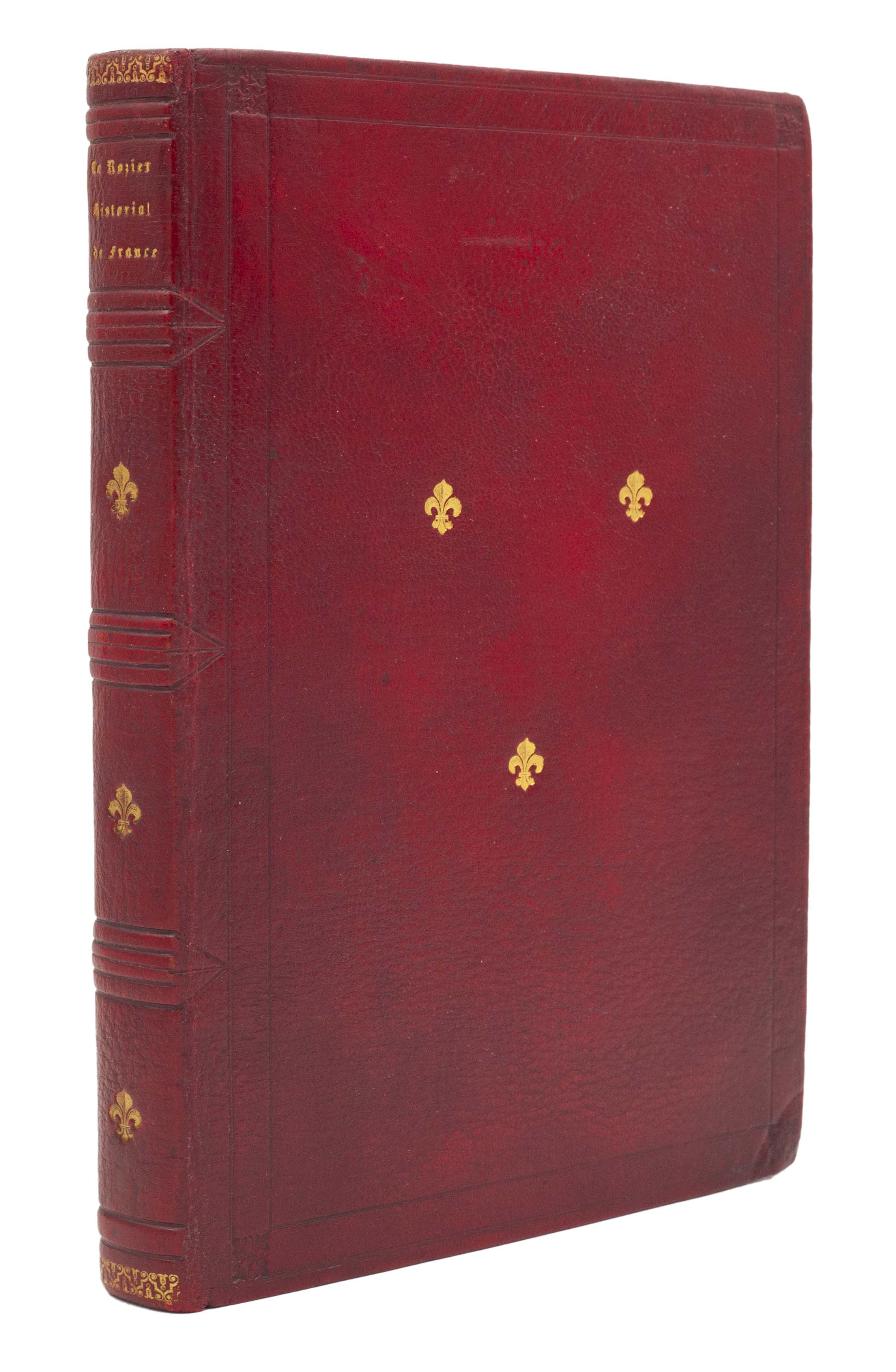 Folio, ff. 216; printed in bâtarde type in two columns, title in red and black with large woodcut, the scrolls printed in red, signed with the Lorraine cross, in all 293 text woodcuts from 92 blocks, some larger cuts with woodcut borders on one side, medallion heads of kings and popes, half-length figures, woodcut capitals of varying design, white on black; outer and lower margin of c1 cut shorter, two closed tears in the upper margin of the same leaf, some scattered pinholes, one small wormtrack in the text developing horizontally to a maximum of 20 mm length and 2 mm width then receding, over four quires, occasional very light staining, slight soiling on margins of title, but a very appealing copy in clear dark impression; mid nineteenth-century red morocco, 3 fleurs-de-lys tooled in gilt on boards, fleur-de-lys tooled in three compartments of spine, the fourth and uppermost lettered in gilt; minor wear, two corners slightly bumped; a few early annotations.

‘According to Brunet (Manuel IV, 1440) there are three copies on vellum and two on paper which are without the imprint on title and have the date in colophon as 1522 (. . . xxii), the day of the month and the other details being apparently the same as in the present edition, which has the imprint on title as given above and one more “I” added to the date at the end, “xxiii”, these being virtually the only differences’ (Fairfax Murray).

PRINTED ON VELLUM [CANONS REGULAR OF THE LATERAN.]