First edition of Sacchi’s first work: a theoretical study of music and acoustic from a mathematical and physical perspective built upon the most innovative eighteenth-century physics. Galilei, Kapler, Newton, Mersenne, and contemporary works on the nature of air form the basis of Sacchi’s study of strings and their number, ratio, length and correspondence, as the basis for the solution of the problem of temperament. Sacchi’s innovation takes the cue from Newton’s parallel treatment of optics and acoustics and his matching of the seven musical tones with seven light bands obtained from a prism. Sacchi suggests matching the seven colours with eleven strings (the twelfth corresponding to the first) instead of seven, to outline a major and minor mode, and provides for each of them a fractional formula.

Sacchi went on to publish other tracts on musical theory, and to become the first biographer of Farinelli. 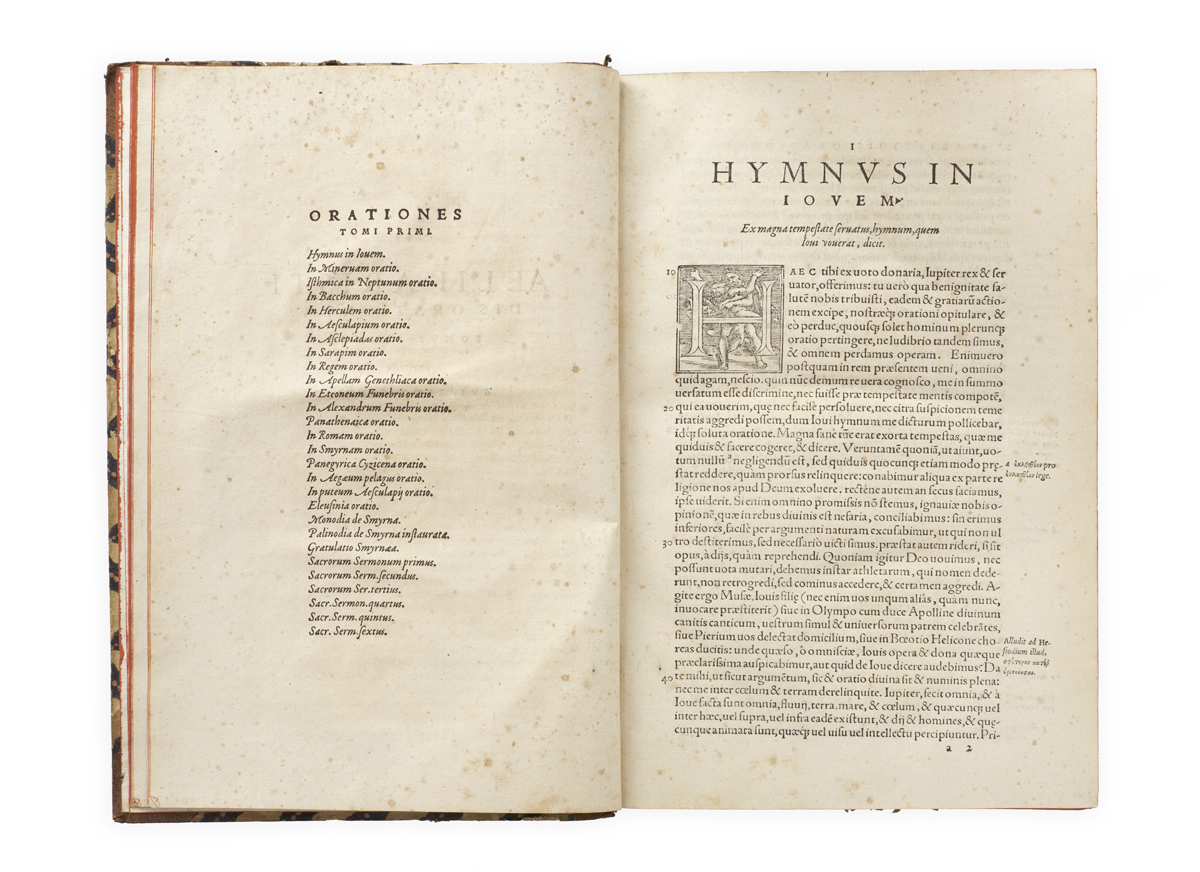 First edition in Latin, a remarkable copy once owned by one of the preeminent music theorists and composers of Renaissance Italy, Gioseffo Zarlino.  The translation was prepared from the Greek by the German scholar Wilhelm Canter (1542–1575), author of an acclaimed Syntagma, a systematic study of the most frequent errors to be found in Greek texts, here published as an appendix.  Aelius Aristides’s Orations, particularly the Panathenaic, a historical celebration of classical Athens, enjoyed much appreciation in the Renaissance, having first been published in Greek in 1517. 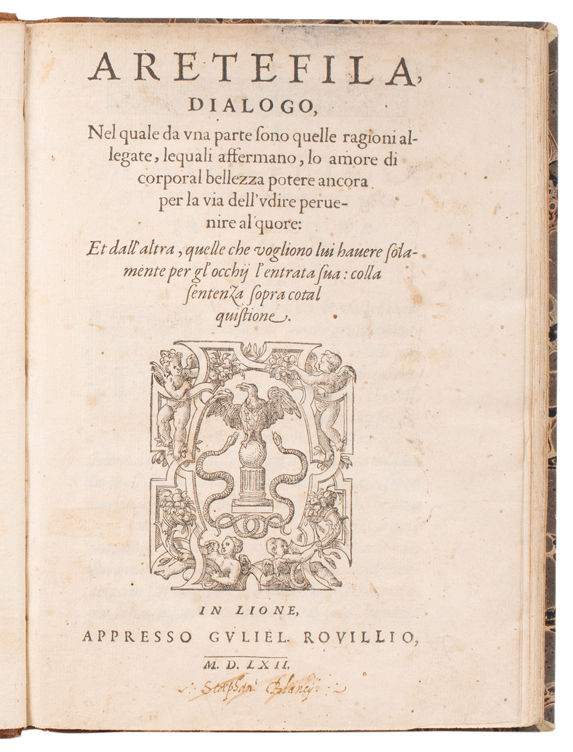