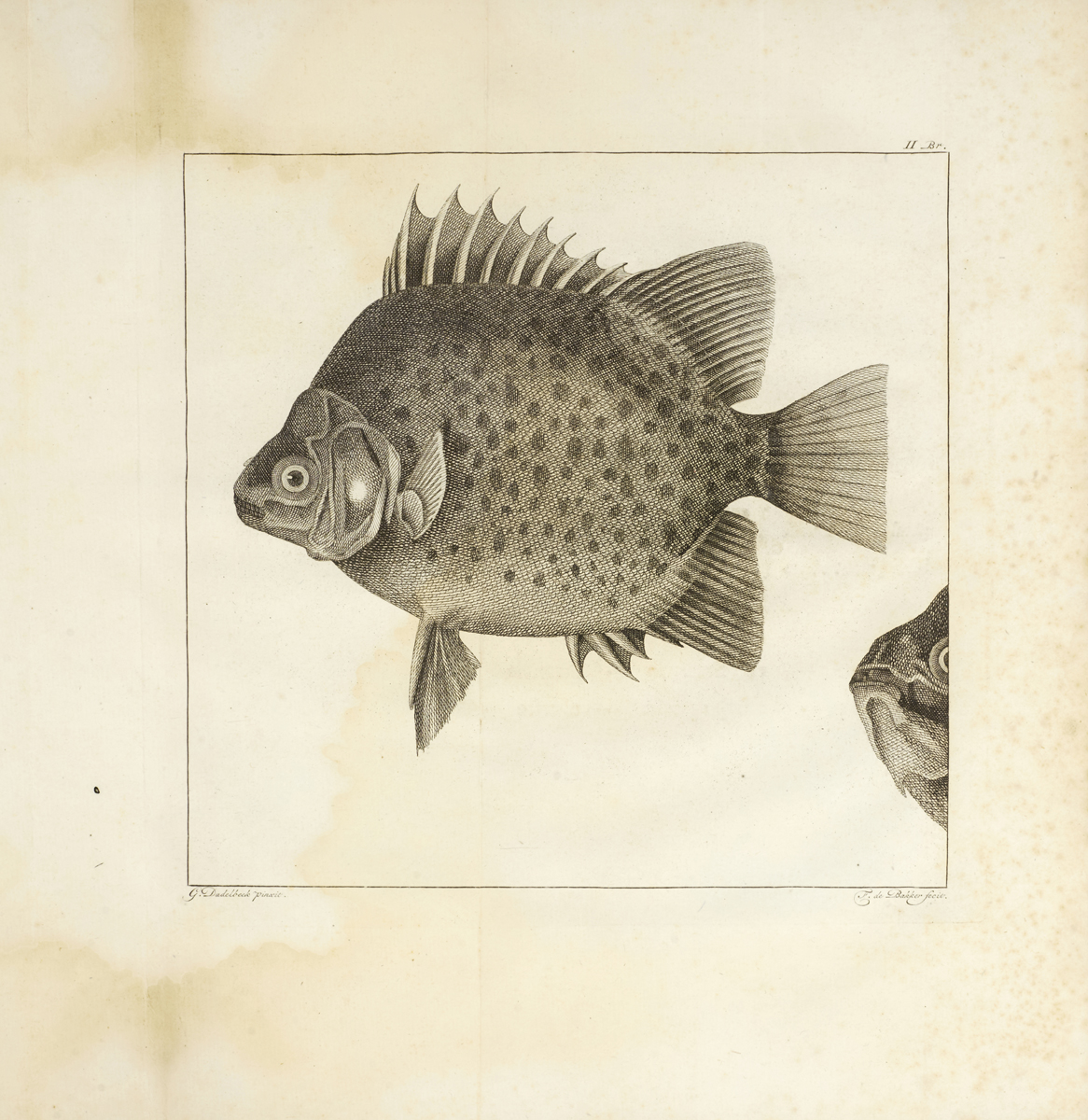 First and only edition of Boddaert’s description of this Indo-West Pacific fish species found in the Schlosser natural history cabinet. This is the first monograph on this particular fish species. Boddaert substantially redescribes and for the first time illustrates the species. In his description he refers to the attempt by Linnaeus to describe this fish already in 1766 but dismisses that effort as misleading and confusing.

Johann Albert Schlosser (d. 1769) was a physician from Amsterdan, a member of the Royal Society in London, and a collector who had assembled a fine natural history cabinet. He had hoped to publish several of his collected treasures but was able to publish only a paper on a fish from Bavaria in the Philosophical Transactions (1764) and on a lizard in Epistola ad Ferdinandum Dejean (1768) before bad health forced him to stop. He asked Pieter Boddaert to publish other zoological specimens from his collection after his death. Boddaert duely published the present work, as well as three more papers, on Schlosser’s collection (see below), while also arranging Schlosser’s estate and preparing his cabinet for auction. As was the custom at the time each of these publications was adressed to a colleague. This one was adressed to Johannes Burmann, professor of Botany at Amsterdam.