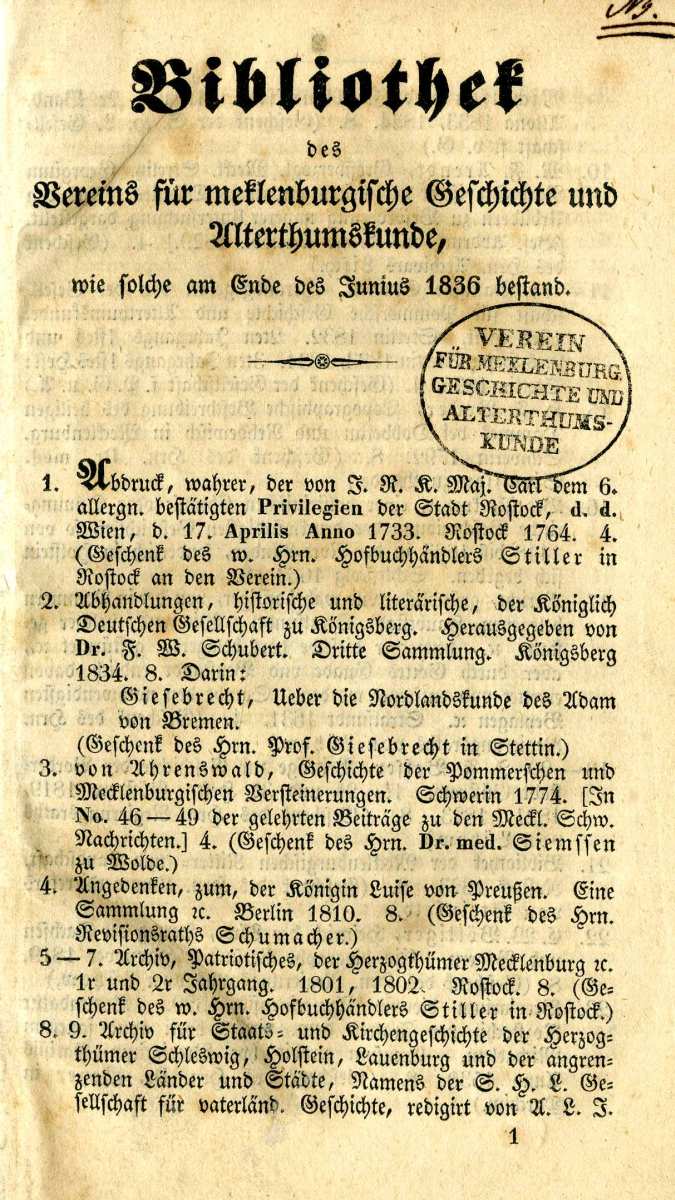 The Verein für Mecklenburgische Geschichte (‘Association for the history of Mecklenburg’) was founded in 1835. Here we have the catalogue of its library, with over 1500 books, as it grew over the years from its foundation to 1844. This is a fascinating record of local interest books, some published contemporarily but many from the preceding centuries, donated by its member. The library grew at a healthy speed of a few hundred books each year, and all had local interest. There was also a fine collection of books printed in the county of Mecklenburg. Mecklenburg is a relatively little known region in northern Germany, with Schwerin and the ports of Wismar and Rostock as its main towns.

This copy belonged to the Verein and has a few contemporary mss. annotations. 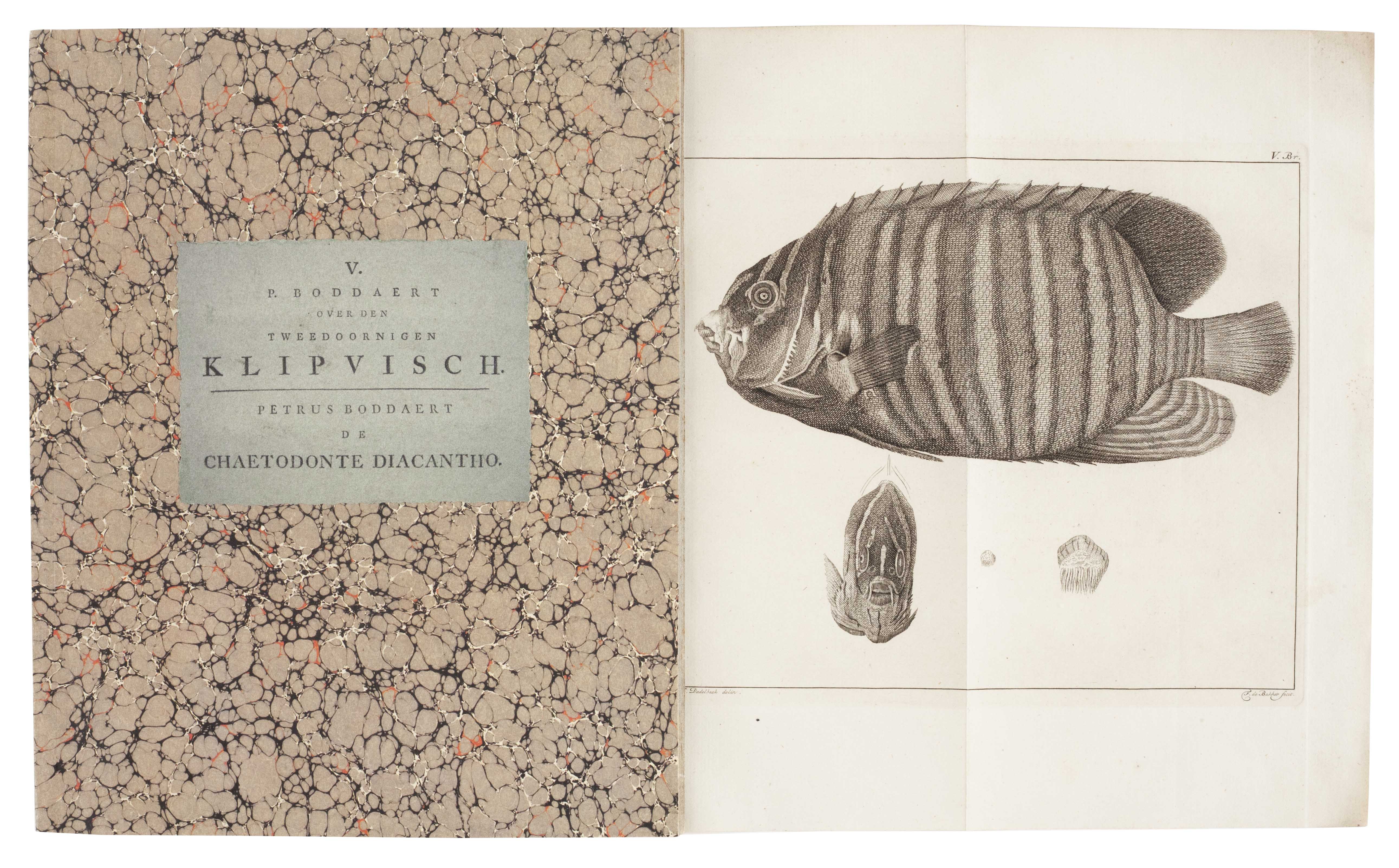 First and only edition of Boddaert’s description of the Royal Angelfish found in the Schlosser natural history cabinet. This is the first monograph on the Royal Angelfish (and its first illustration), a now common species of coral fish in the Pacific and Indian Ocean.

First day only of the Majolica sale of the Fountaine collection. Andrew Fountain (1676-1753) was ‘the predecessor of Horace Walpole as an arbiter of taste and virtu’ (ODNB). His engravings and drawings were sold in July 1884, pictures in 1894 and porcelain in 1904.