8vo, pp. [47]–81, with 30 plates; lower outer corners slightly creased, but a good copy in the original illustrated light blue wrappers; faded, spine frayed at foot; from the library of Robert Byron, but without his ownership inscription.

Added to your basket:
Notice on some religious buildings in the city and vilayet of Trebizond. Extrait de Byzantion, tome V (1929–30).

An offprint from Byzantion. The distinguished Byzantine scholar David Talbot Rice was a lifelong friend of Robert Byron, one of his travelling companions during the visit to Mount Athos recorded in Byron’s The Station, and co-author with him of The birth of Western painting. 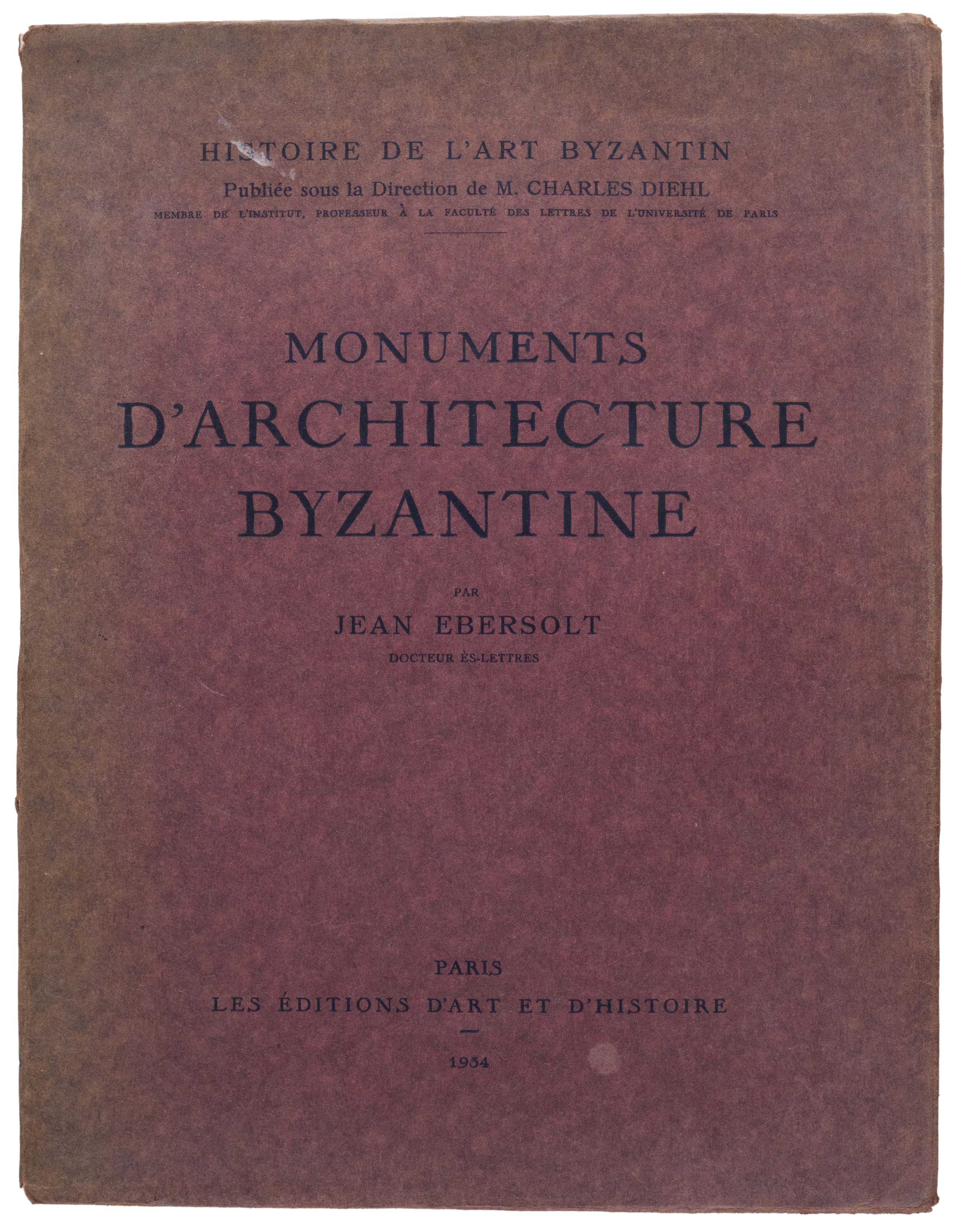 FROM THE LIBRARY OF ROBERT BYRON EBERSOLT, Jean.

First edition of this classic account of Byzantine architecture, published posthumously in the series Histoire de l’art byzantin under the direction of Charles Diehl.

Observations on a journey through Spain and Italy to Naples; and thence to Smyrna and Constantinople: comprising a description of the principal places in that route, and remarks on the present natural and political state of those countries. The second edition, with additions and corrections; to which is also prefixed the Spanish post guide, with a map exhibiting the post roads throughout the Peninsula. London, C. & R. Baldwin, 1808 [with] A second journey in Spain, in the spring of 1809; from Lisbon, through the western skirts of the Sierra Morena, to Sevilla, Cordoba, Granada, Malaga, and Gibraltar; and thence to Tetuan and Tangiers. With plates, containing 24 figures illustrative of the costume and manners. The second edition.