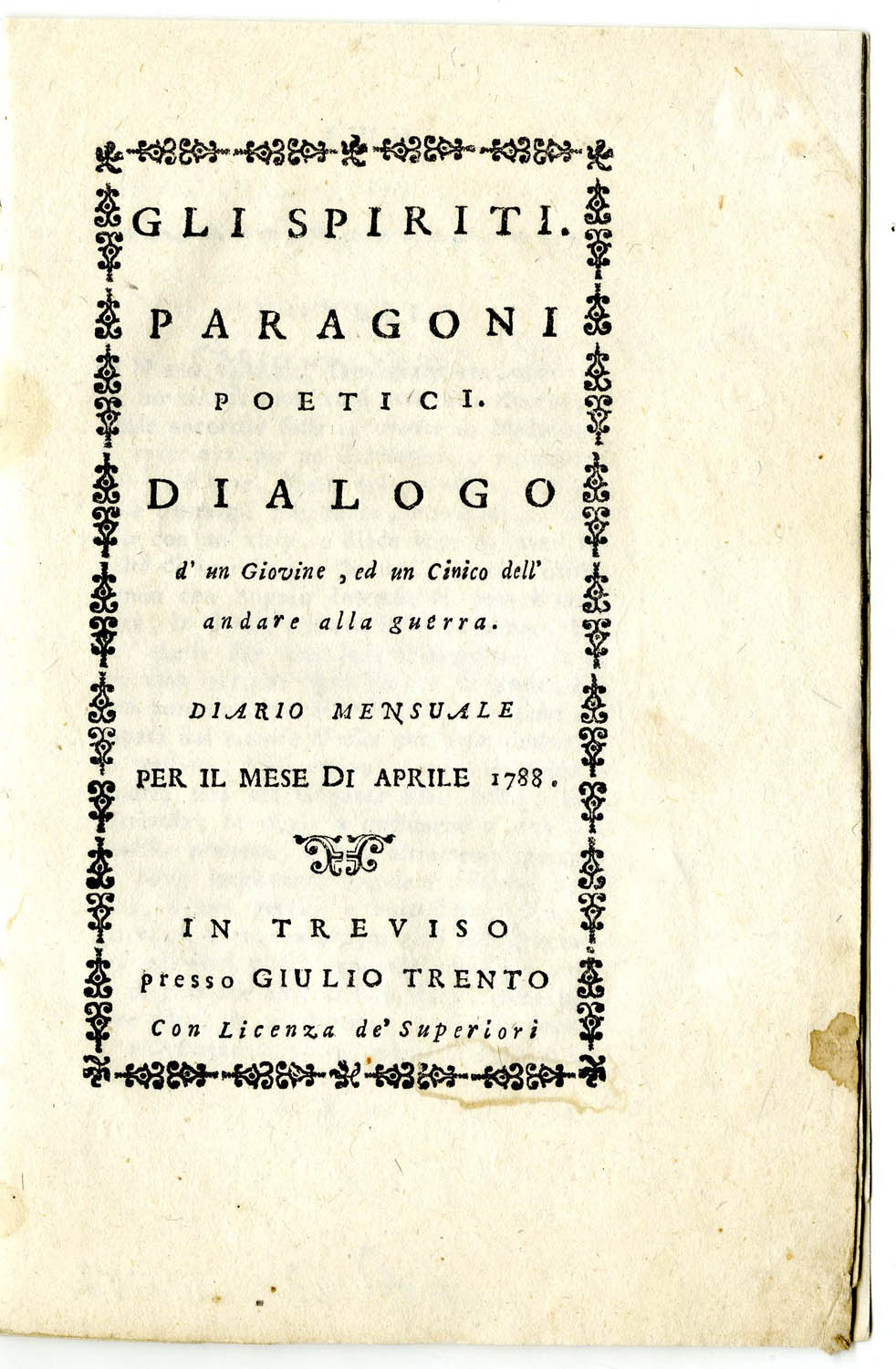 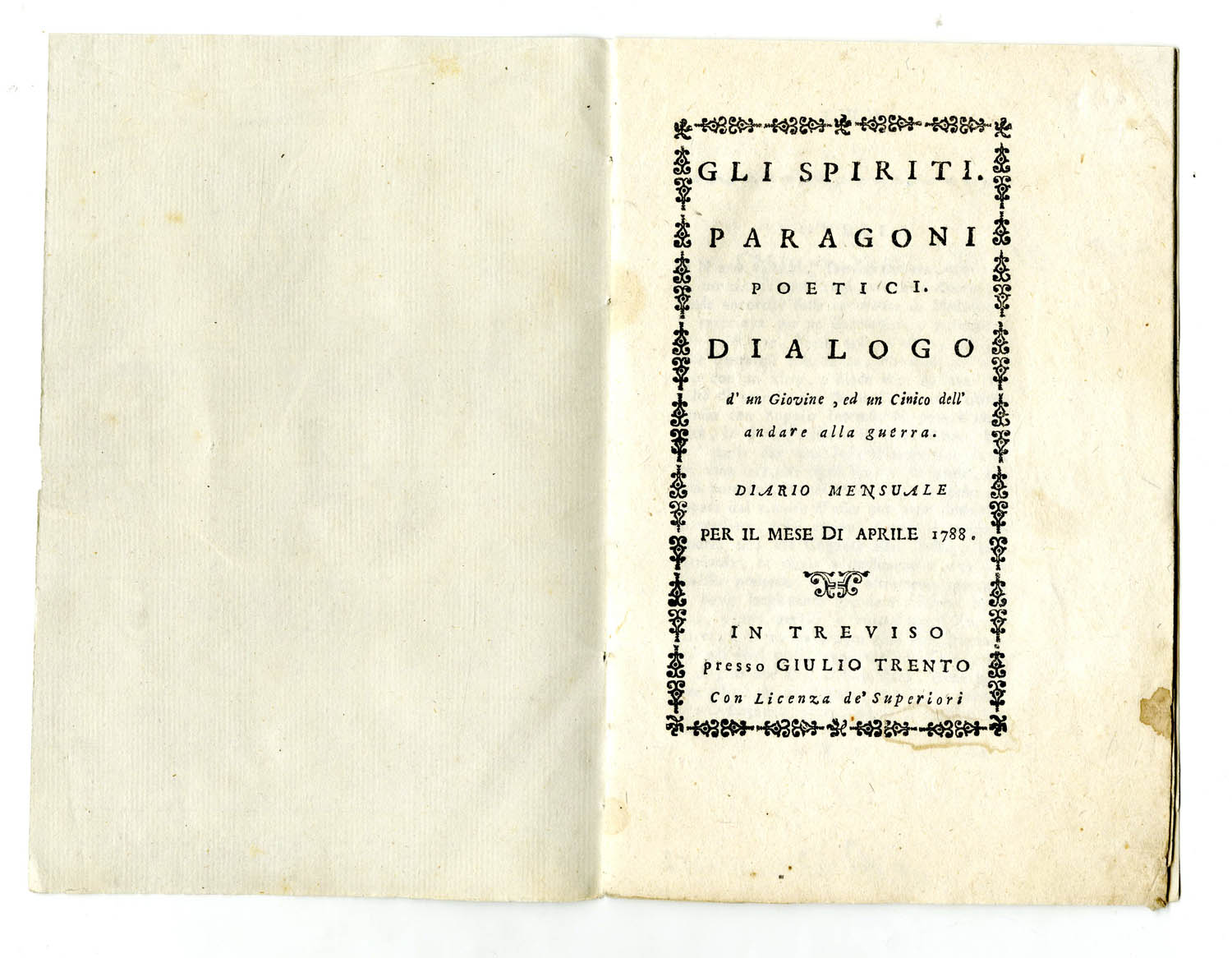 Only edition, mentioned only in one or two pieces of local antiquarian history but not recorded in any of the usual library catalogues. An ephemeral publication containing a short story, a literary divertissement linking passages from Parini’s Mattino with an unidentified poem on gambling and an ode by Catullus, a further few stanzas on Venice; the most original contribution is a ‘Dialogue between a young man and a cynic’, in which the two characters discuss war: while the young man seeks glory, sees war as a chance to free oneself from unchosen power structures and to free society from over-exuberant demographics, the cynic describes glory as a vain phantom, and peace as a more effective context for agriculture, commerce and prosperity for growing populations.

A keen transmitter of European Enlightened ideas and literature, Giulio Trento authored and published the first ever journal of the city of Treviso. Only ten issues were produced, this being the fourth, for the month of April 1788.

A journey from London to Genoa, through England, Portugal, Spain, and France.