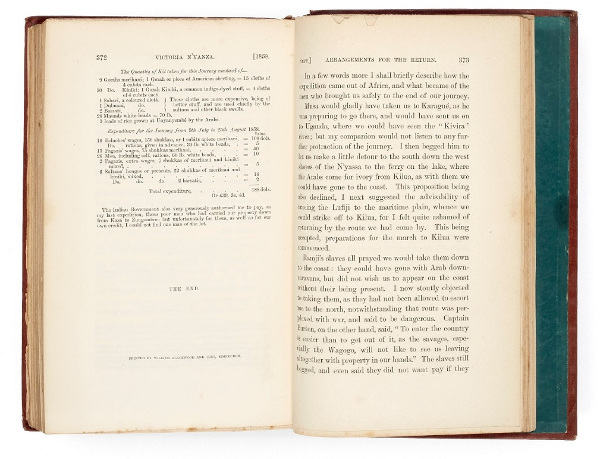 The National Library of Scotland today announced their acquisition of one of only twelve family copies of John Hanning Speke’s What Led to the Discovery of the Source of the Nile.

The volume includes an additional eight-page supplement, describing Speke’s announcement of his discovery of the source of the Nile to the Royal Geographical Society, as well as details of his feud with Sir Richard Burton – pages which were suppressed from the trade edition at the behest of Speke’s family and his publisher. The Guardian newspaper has reported the story here. Our press release is here.

The Search for the Source of the Nile, Donald Young’s edition of the correspondence between Speke and Burton about its discovery, was published by the Roxburghe Club in 1999.