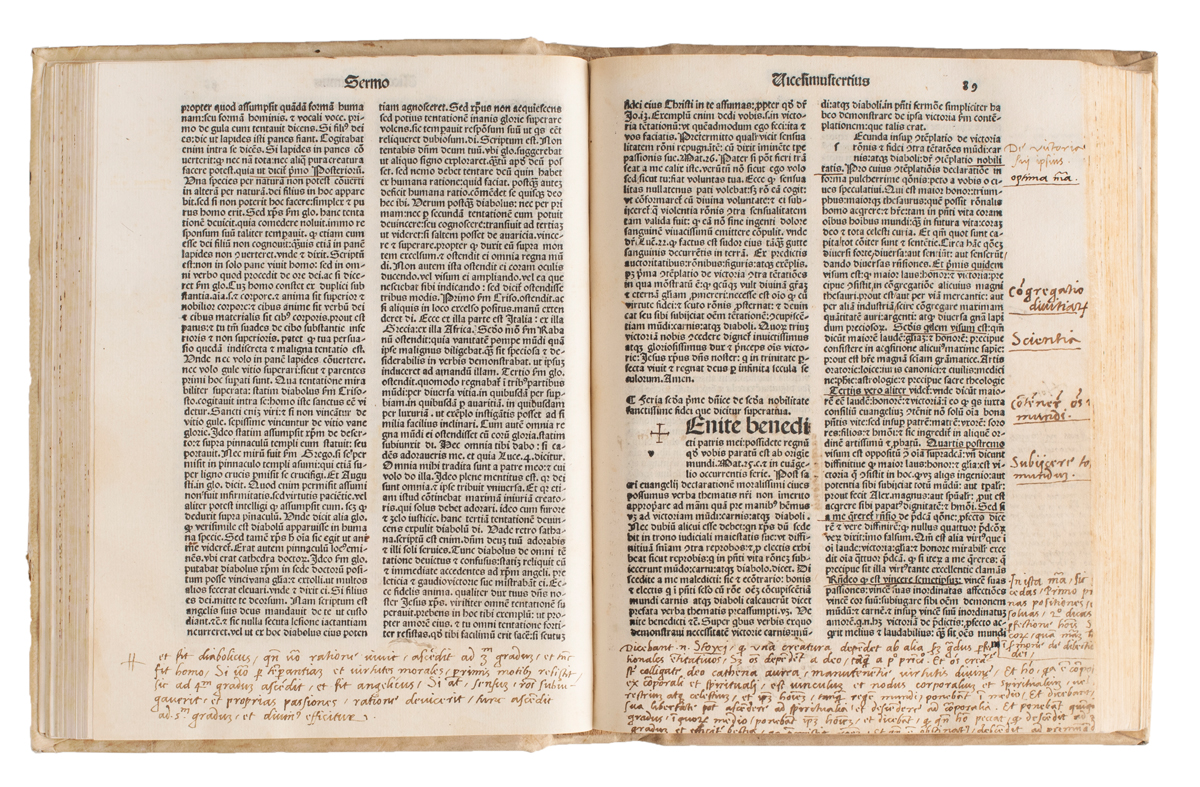 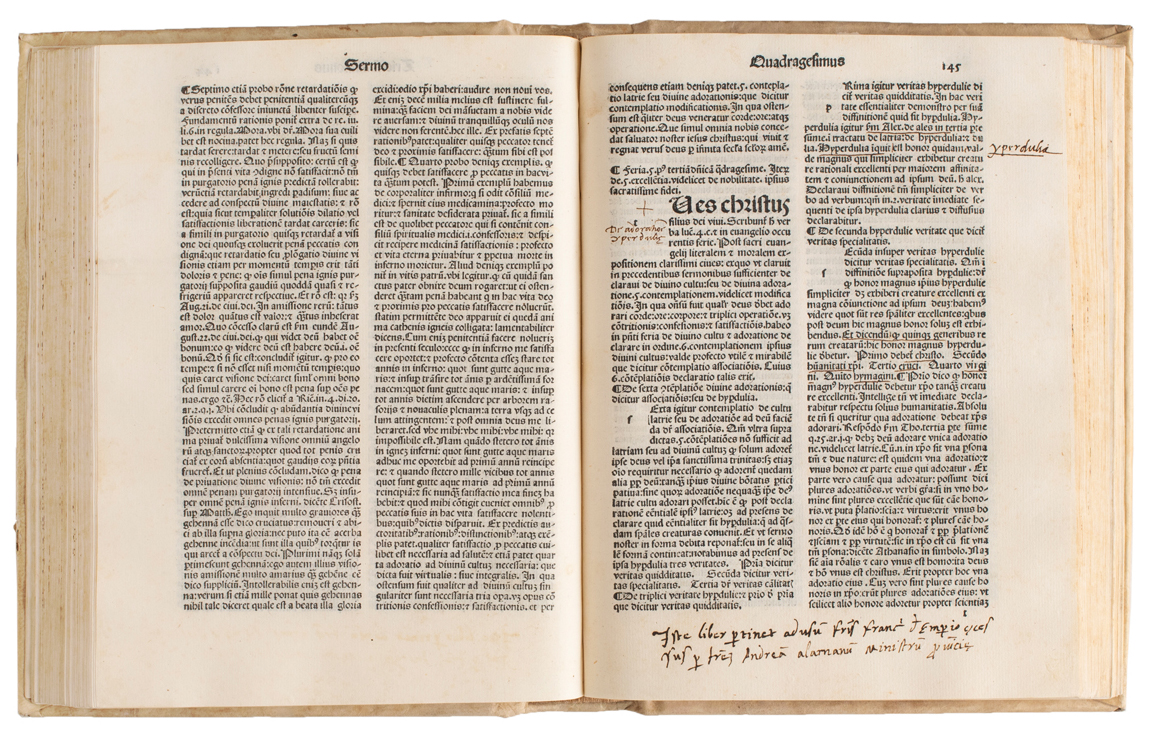 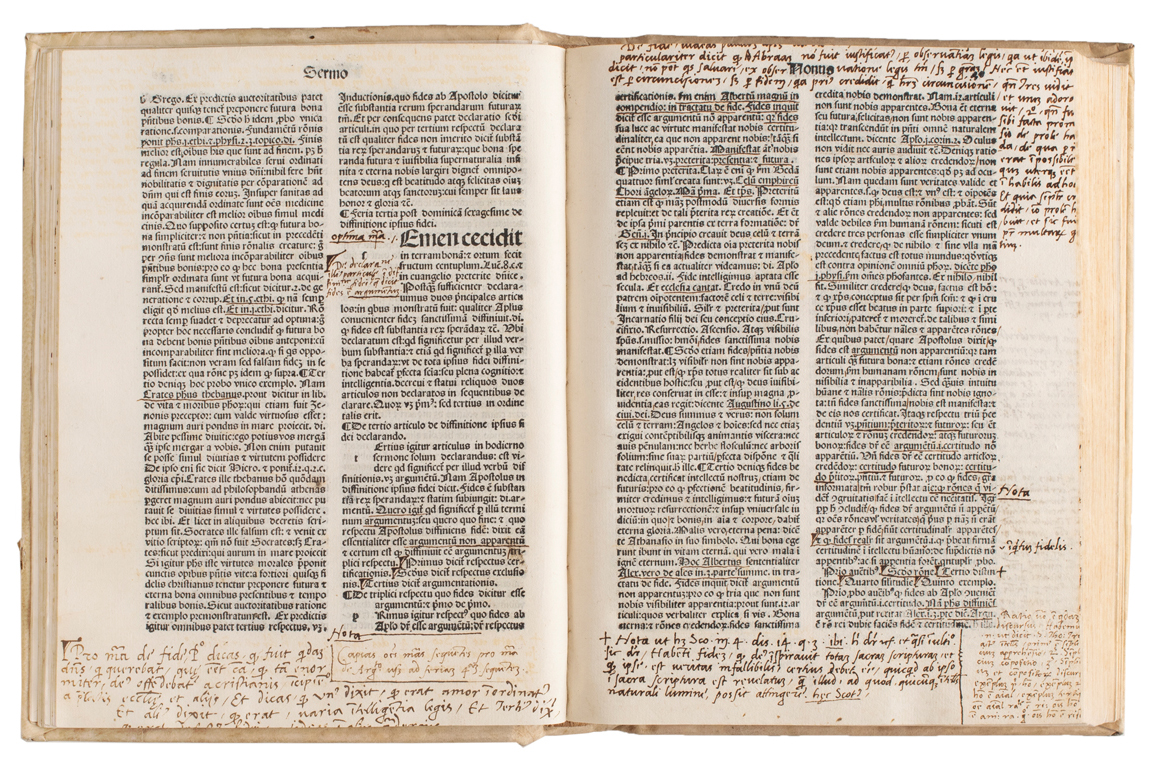 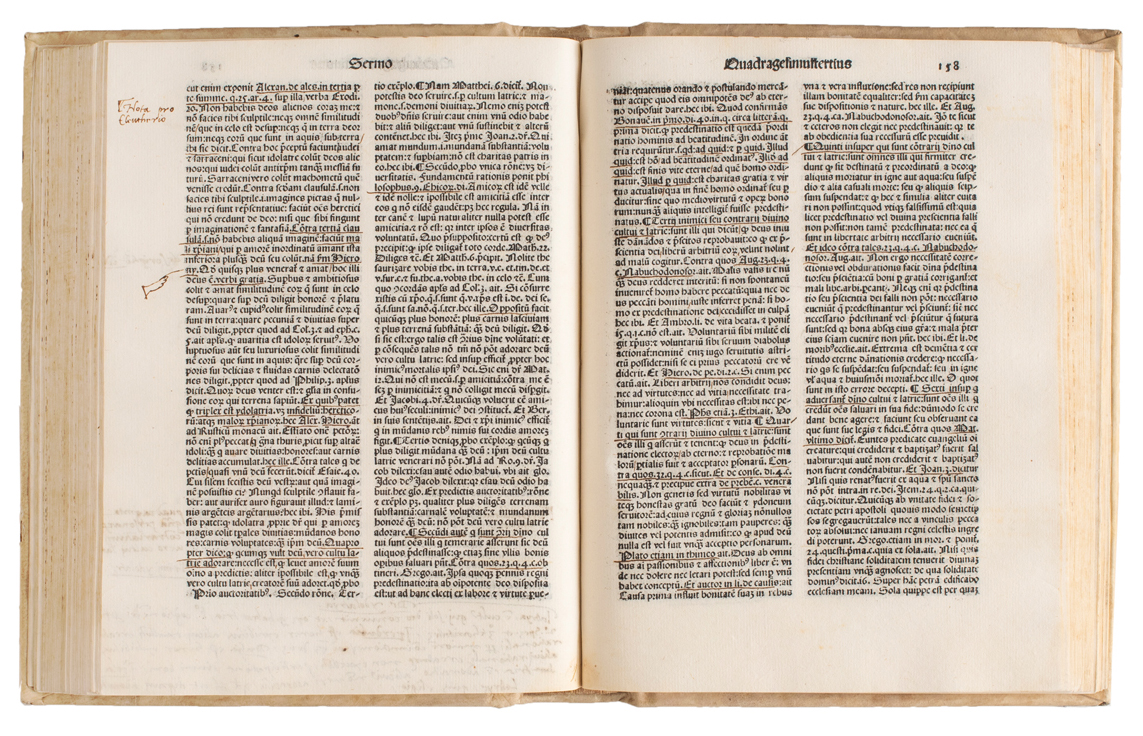 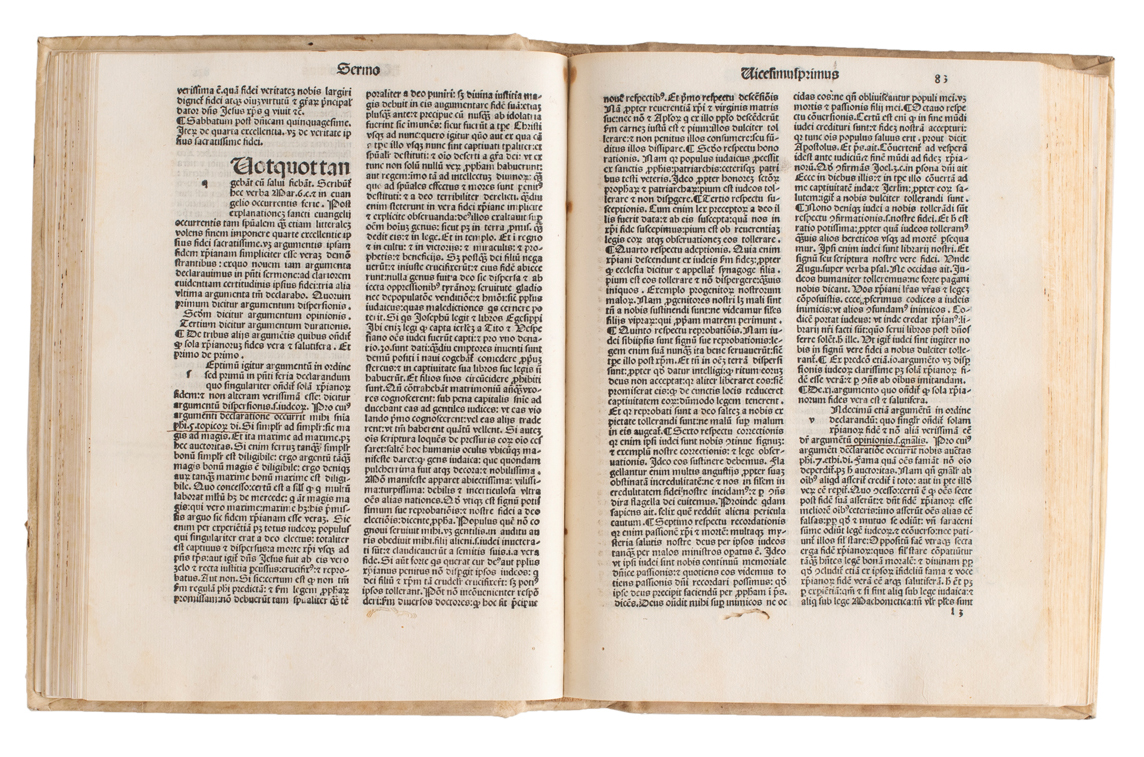 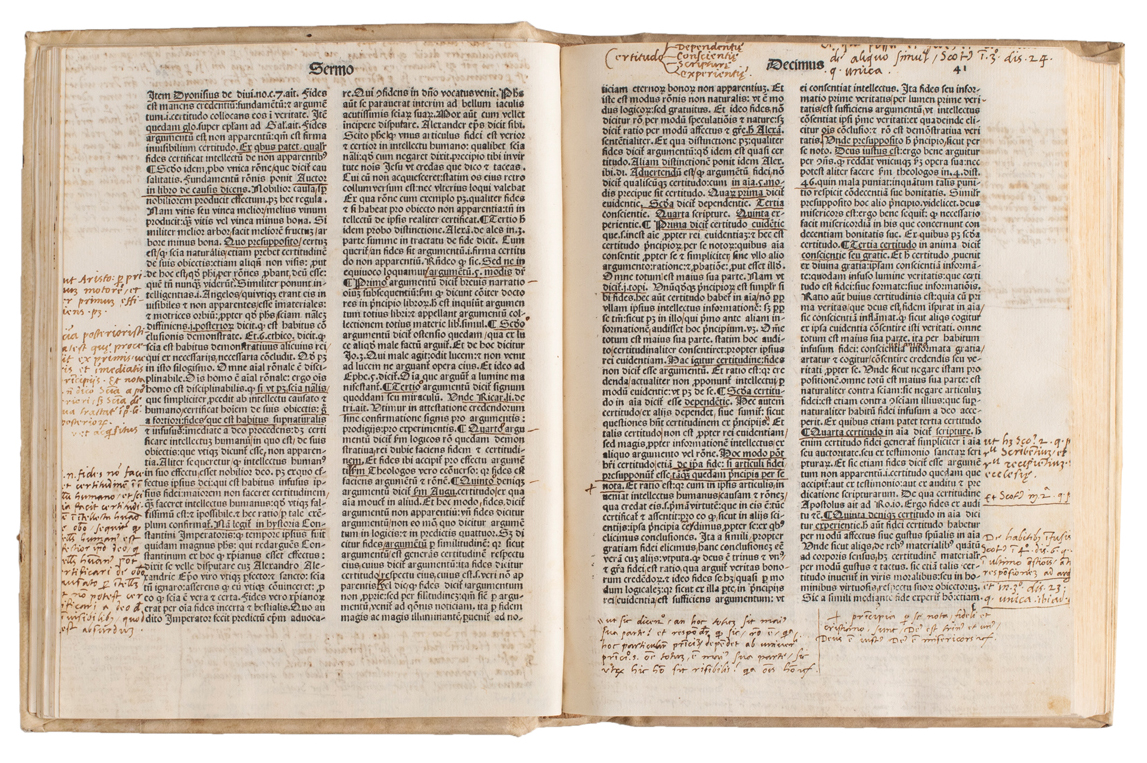 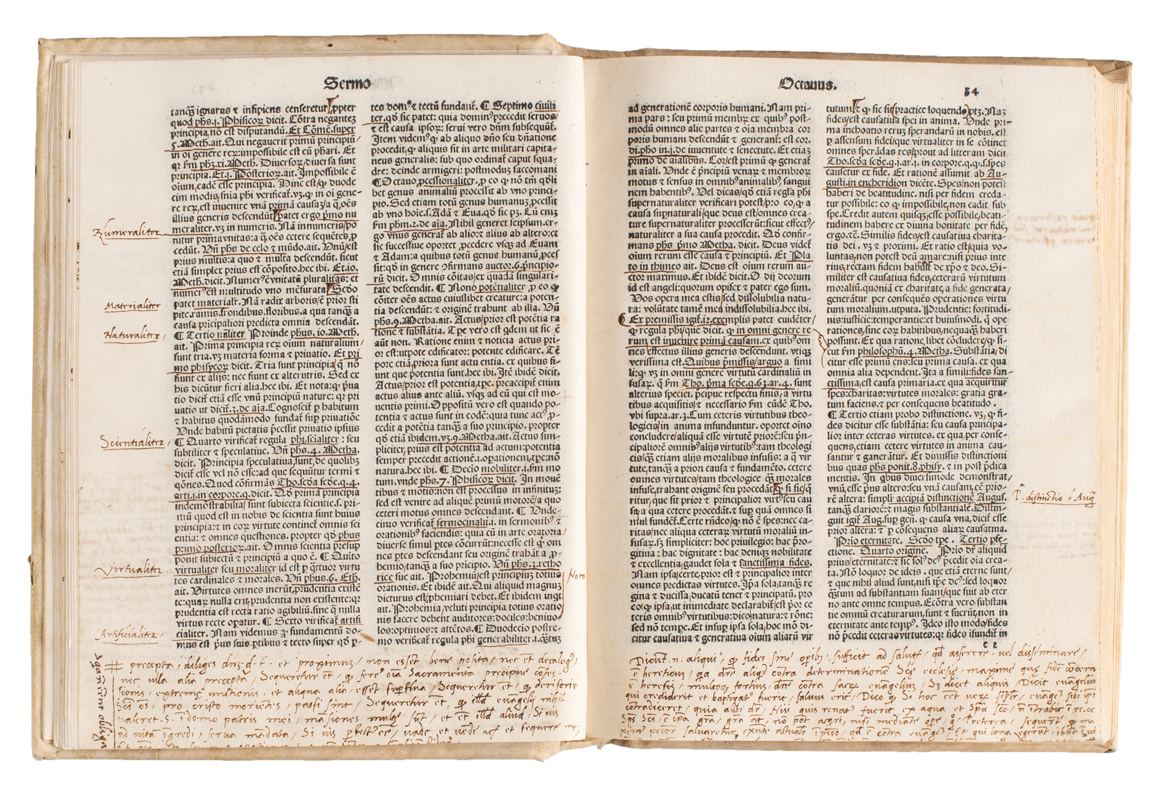 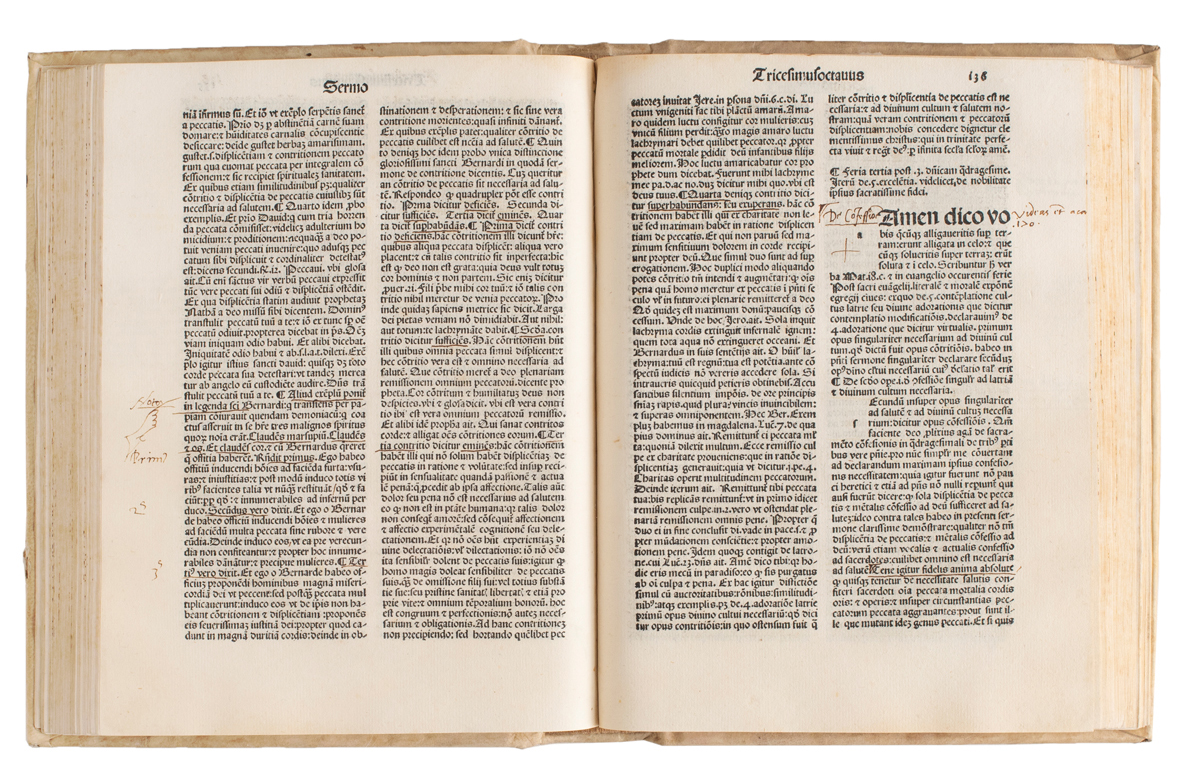 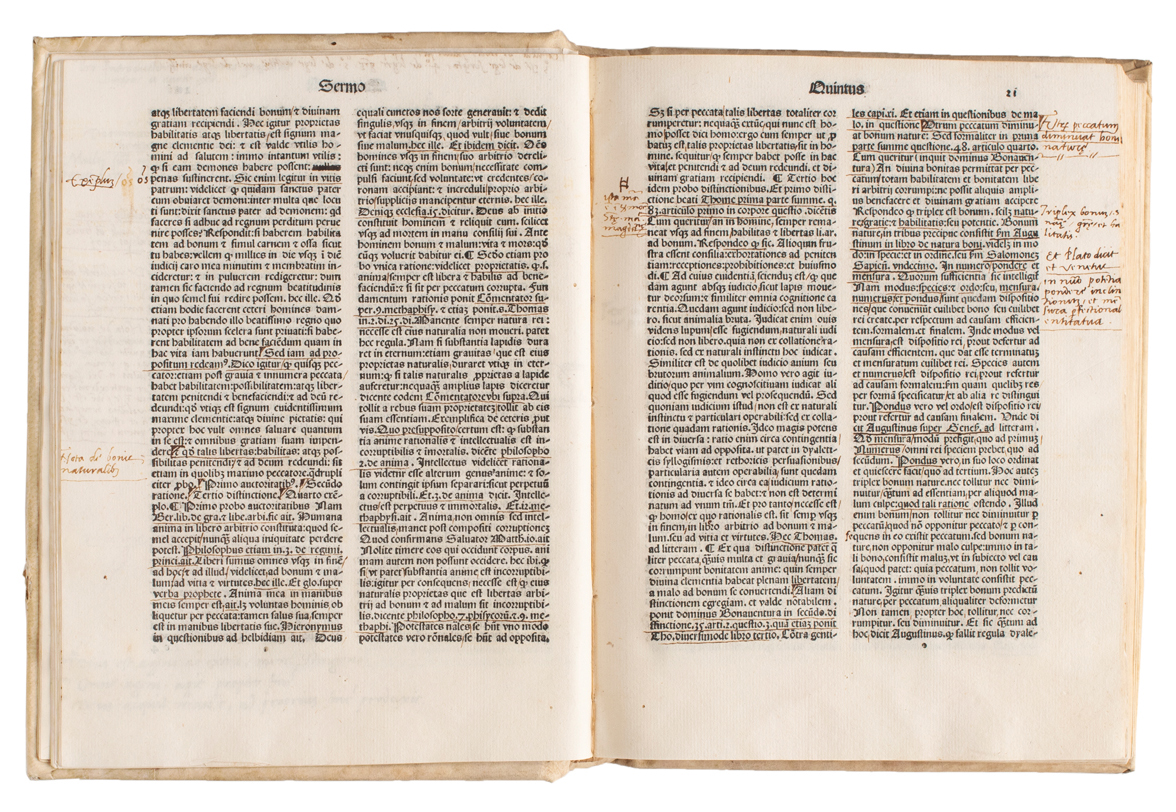 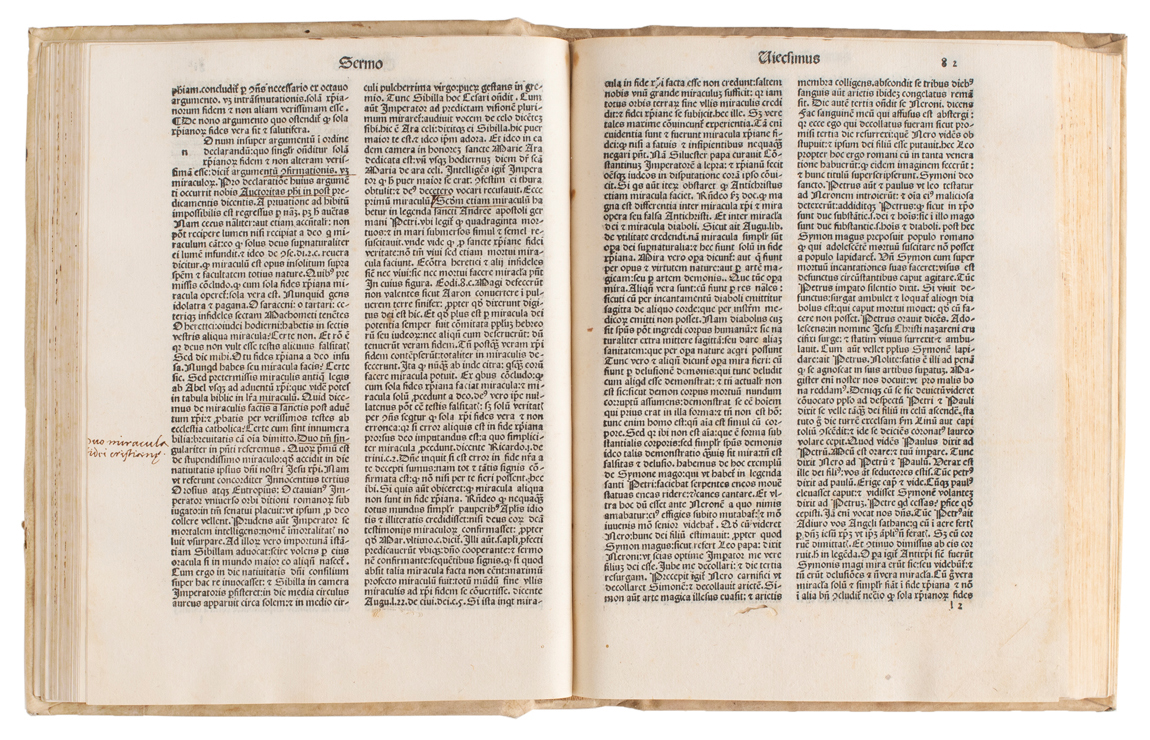 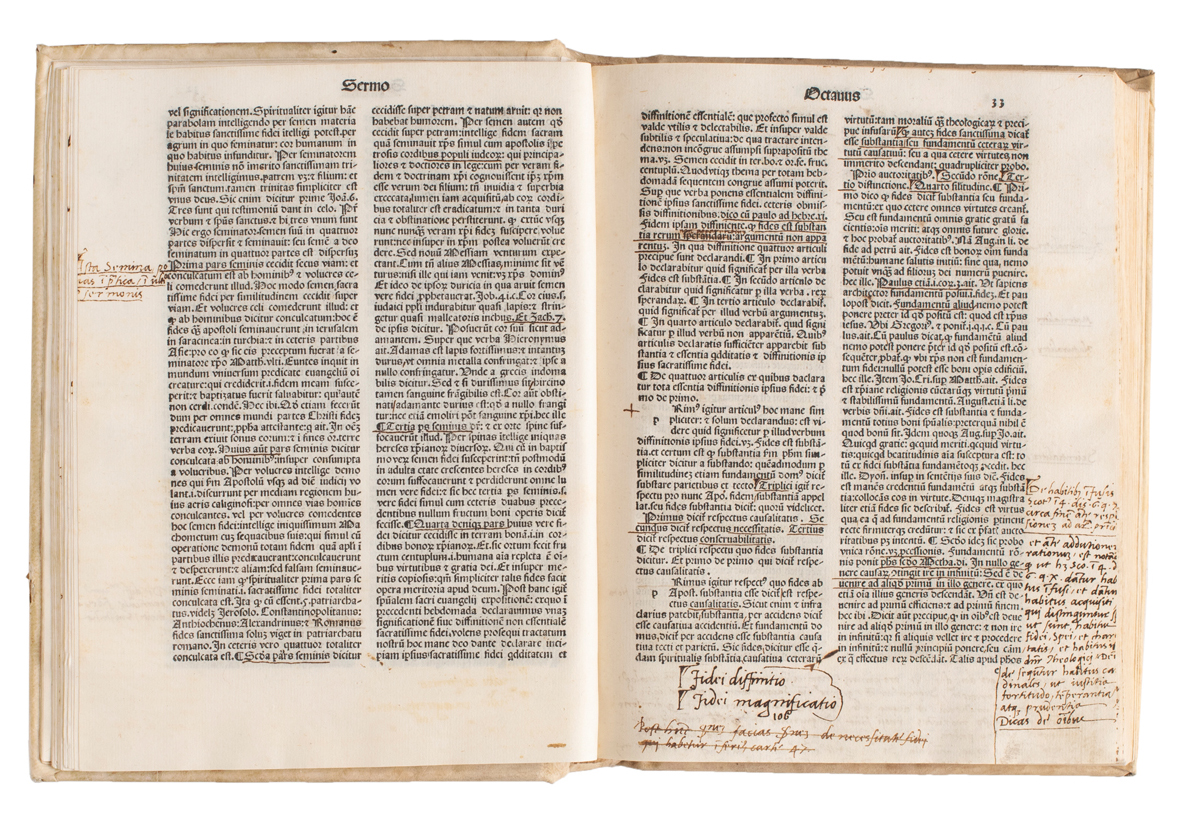 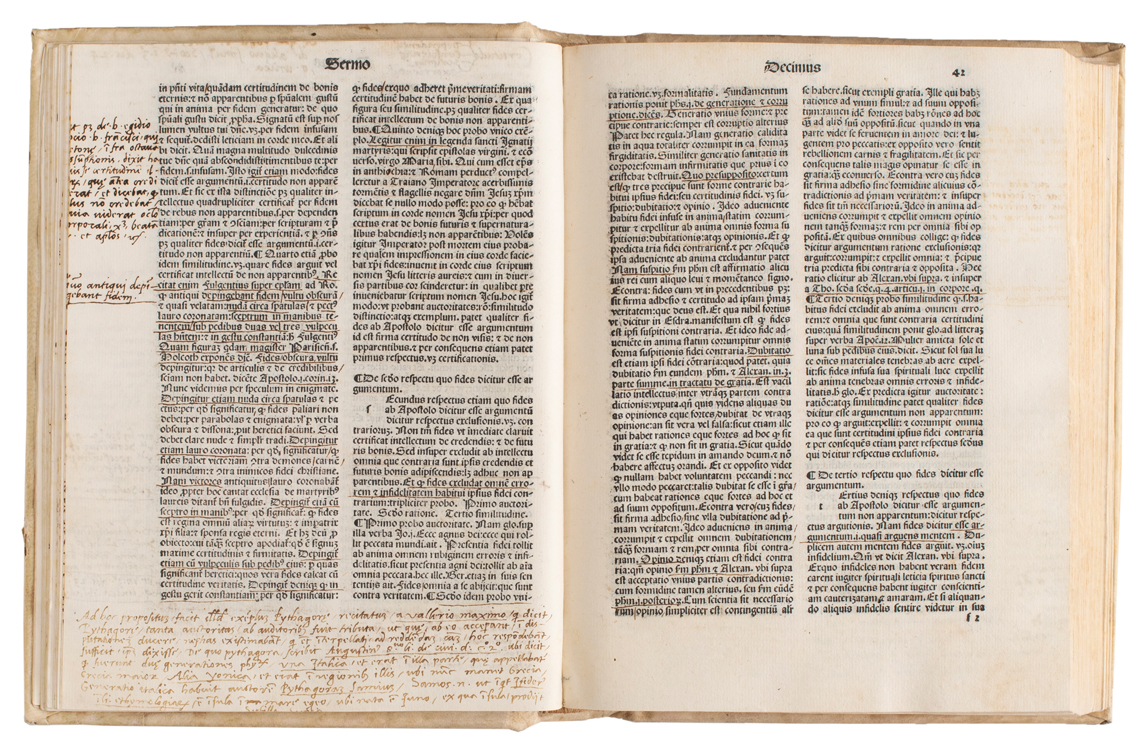 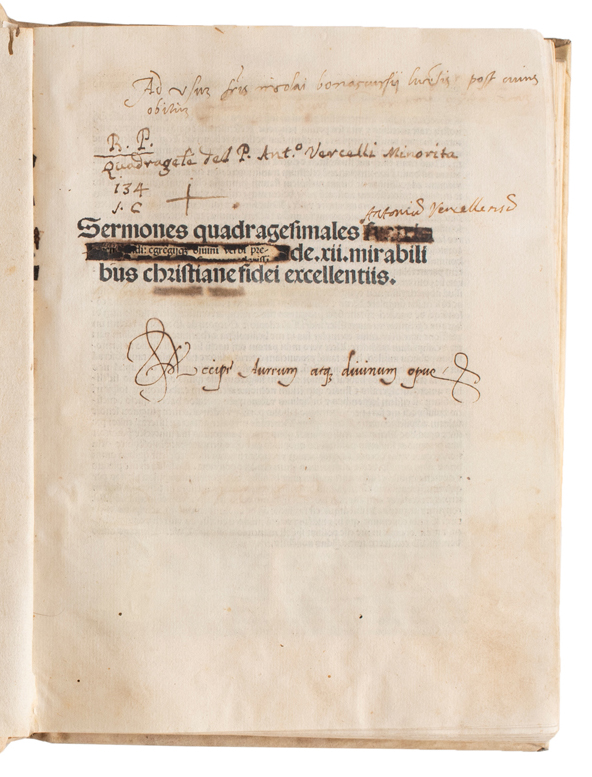 A remarkable copy of the first edition of Antonius de Vercellis’s sermons, owned and annotated by three contemporary Franciscans, one of whom, Andrea Alamanni, may be the confessor who administered Machiavelli’s last rites.

More than one hand is at work in annotating this copy, and the early ownership history reveals a strict Franciscan connection: at first owned by Niccolò Bonaccorsi of Lucca, the book was then gifted to Andrea Alamanni, and eventually loaned to Francesco de Emperio.  The annotations are detailed and wide-ranging in subject: citations from the Church Fathers are interestingly complemented by quotations from Classical authors; a close analysis of the sermons is carried out with references to Duns Scotus; and an examination of what constitutes certainty references Aristotle’s logic, as well as Pythagoras.  Considerable attention is devoted to form and to standards of rhetoric.  Manicules and underlinings occur on every page, evidencing a thorough reading, and the last blank is taken up by a manuscript index of subjects of special interest to the readers.

Antonius de Vercellis was one of the most prominent Franciscan homiletic authors of the Quattrocento, his sermons often included in anthologies alongside St Bernardinus, Caracciolo, and Caetano.  Regarding Andrea Alamanni’s identity as Machiavelli’s last confessor, this connection and a more general Franciscan connection with Machiavelli have been explored by Giuliano Procacci (‘Frate Andrea Alamanni confesore del Machiavelli?’ in Dimensioni e problemi della ricerca storica 2, (1993)).  Procacci notes that he was cousin to the well-known author Luigi Alamanni, dedicatee of Machiavelli’s Vita di Castruccio Castracani; he notes Alamanni’s claim to have been present at Machiavelli’s deathbed and to have heard his last confession, and that he adamantly ‘had only a world of good to say’ about the controversial writer.  This episode, like several others linked with attempts to emphasise Machiavelli’s religious piety, lacks concrete evidence; moreover, as last rites generally rely on arrangements made by third parties in extremis, it might well have reflected the family’s concerns more than Machiavelli’s own will.  Nevertheless this witness, as well as other episodic occurrences of Machiavelli’s direct or indirect reference to Franciscan homiletic and social practices, contributes to a body of questions that is still offering ground for academic research into the writer’s thought.